We Get to Stay in Place

I talked with two of my neighbors (from a safe distance) about their plans.  I knew that both had been here in previous years and wondered what they thought about staying on past our scheduled April 15 date that we are paid up to.  Tom for Minnesota said one year he did stay all summer.  He bounced around among the several free 14-day stay areas that border the Long Term Visitor Area we are in.  He said no one ever bothered him or said he had to leave.  In fact one day the rangers stopped by just to check and see if he was okay.  So that was good to know as it was what I planned to do if we were evicted after the 15th.  We could stay here but would have to pay $75 for the summer season.

Several days later I talked with my nearest neighbor Theresa who also is from Minnesota.  She is one of those I featured earlier living out of her minivan with two little dogs.  She told me she talked with the BLM personnel and they assured her that they will allow everyone who paid the $180 for the six months winter period to stay in place and will not be required to pay to do so.  Well that is even better to hear.  So stay in place we will.  Now it is just a matter if things will return to normal before this place becomes an oven.

Beans found this on our walk together.
Interesting how all of it was eaten except the hind end.
Not enough meat on them bones I guess.
I hope it will not come down to us two eating desert rats to survive.
Beans will make it.  Not me. 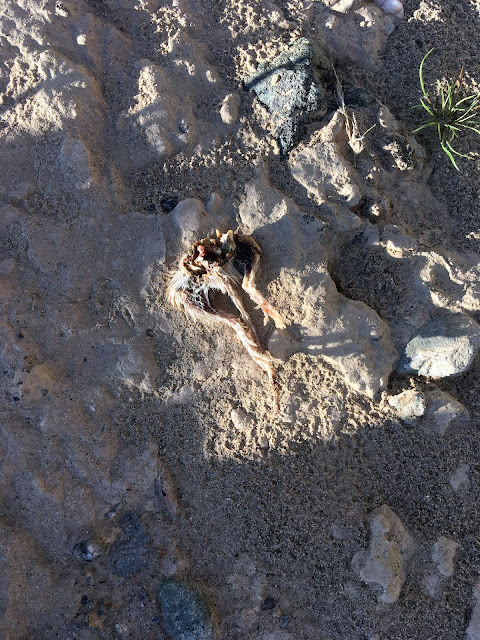 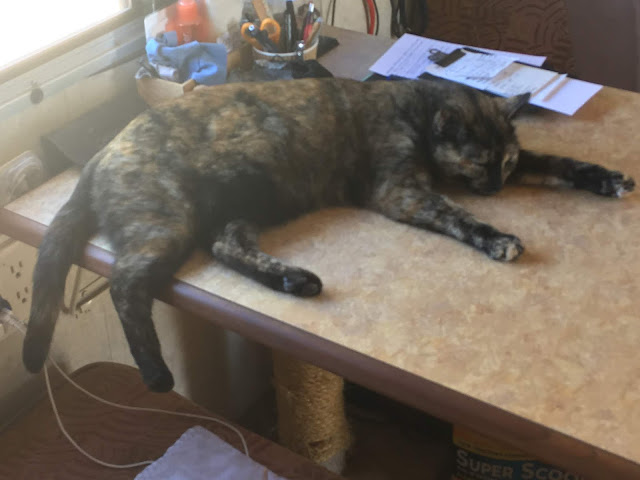