Back on the Road

We were under way at 12:15.  I made a stop at a pet store before leaving town to buy some hairball treatment for Beans, not me.  Then onto Highway 101 heading north.  Within the hour I noticed the bike cover flapping in the wind.  It finally gave way.  Fortunately I had bought a new one while at the house, I just thought this one would last a bit longer.  The harsh sunlight weakens the nylon fabric and I get about a year plus usage from a cover.  I wrapped a bungi cord around it and continued on. 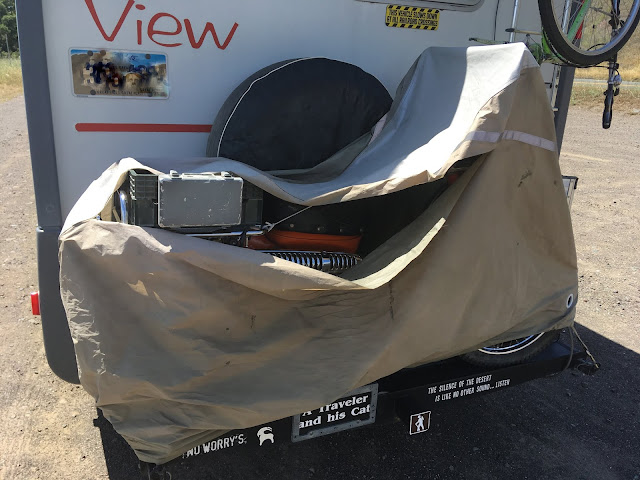 My planned stop for the day was supposedly three and a half hour drive.  Ha!  By 4:30 we were still sixty miles away.  I had had enough and decided the first rest area would be good for the night.  Tired, having to go pee and wanting my cup of tea you can imagine my disappointment seeing this. 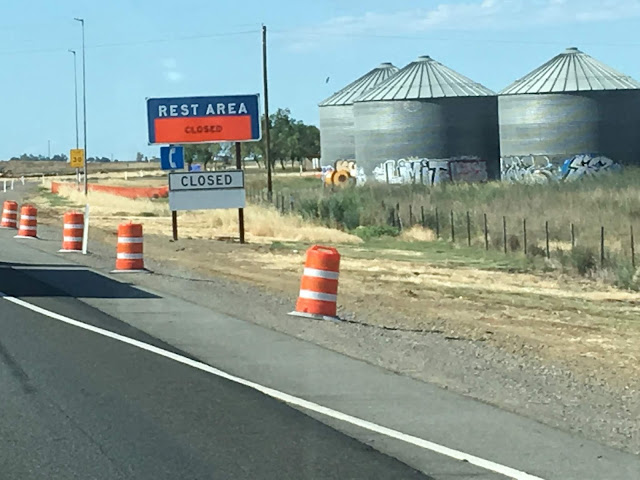 I drove on another twenty miles to the next rest area and got a nice spot at the end.
It was now 5:15.  So much for the supposed three and a half hour drive. 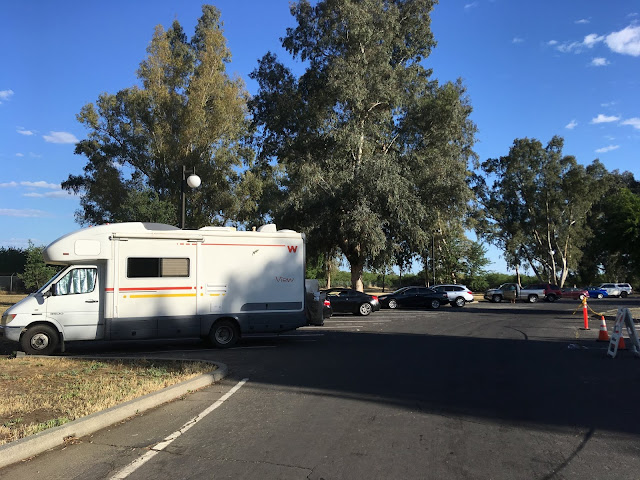 Beans was tired and slept like this for an hour and a half.
I'd have a stiff neck sleeping like that. 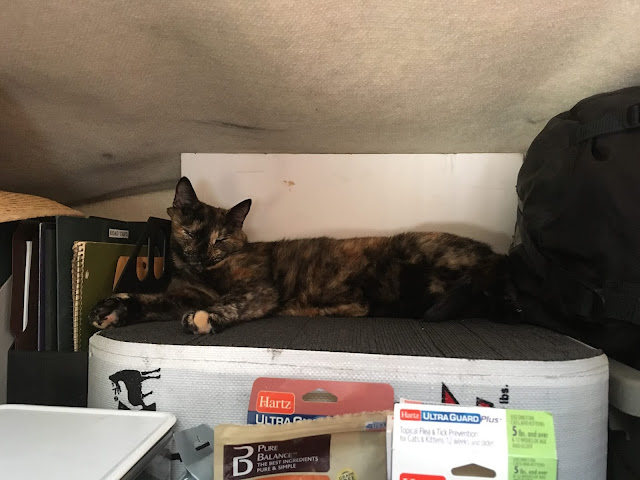