It was this time last year I went back to the house to sell that problem plagued bicycle with a motor I had for a couple years.  I did so through Craigslist much easier and quicker than I expected.  Then I really lucked out in finding the Honda Trail 90, Gracie, soon afterwards on Craigslist.  Well now I was here to sell my nice mountain bike.  I wasn't looking forward to the chore but it had to be done.  It would be a sin for such a nice bicycle to just sit in the garage and not be used.  First off, what is it worth?  A bit of research let the wind out of my sails.  $2000 new back in 2009, the high blue book stood at $380!  I posted it for $500 with all details listed including a box full of extras adding that I would take offers and had to sell it before I moved on down the road in a few weeks.

So let the games begin. 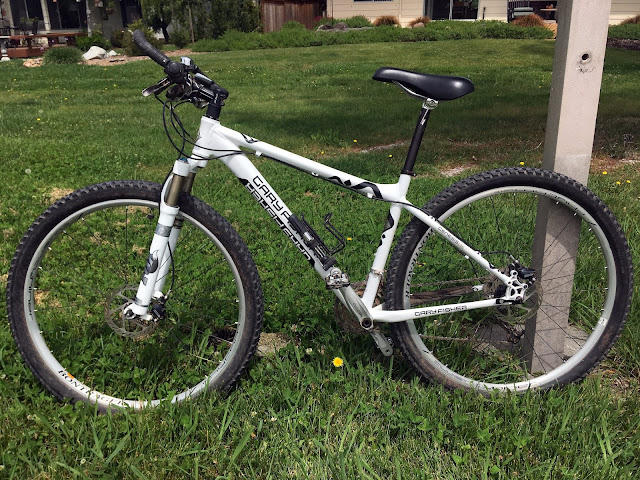 Straight away I began receiving responses.  The portions of their communications are full and complete.  I did not delete anything of their part.

First one:  "I'll give you $250 today."  I got back to him and said he was "...the first to reply but I would wait and see what other offers I receive."  No way would I sell it for that. I'd rather just hang it up in the garage.  He gets right back to me: "Okay, how about $230?" Seriously?  I responded with "I'm sorry, I must have not made it clear in the write up.  I am looking at the highest offer, not the lowest offer.  I apologize."  My sarcasm was lost on him.

Another respondent:  "what size is the bike? What size are the wheels?"  Good grief, it's all there in the write up! Read the damn description!  I wanted to write back "You're an idiot"  but I didn't waste my time and simply ignored him.

Later another dumbass:  "This is the bike I have been looking for for a long time. Unfortunately at this time I can only come up with $250. Would you be interested? Thought I'd at least try." I replied:  Sorry, I already have an offer for two hundred dollars more than your offer. Thanks for your interest.  He gets right back to me.  "How about $430?"  Oh yeah, I think I'll take twenty dollars less than that high offer.  Yeah,that's what I'll do.  Seems right.  I didn't reply. His math skills were nonexistent.

The next morning I was reluctant to view a new batch of stupidity. Really, I had planned to let this play out until the ad expired but I didn't have the tolerance to put up with imbeciles.  If you can't write any better than a first grader or do simple math I don't want to sell my bicycle to you.  I finally screwed up the courage to check my email.  One of the first was from Jorge who asked if the bike was still available. I said it was.  Jorge asked if he could come to see it "today" and he could be here at 9am. I said sure and gave him the address.

He was punctual arriving right at 9.  He earned his first points there. He stepped out of his dad's truck that he borrowed wearing a mask and slipping on a pair of latex gloves. "Oh, I guess I better get my bandanna on" I said.  "I've been out in the desert for six months and not used to this situation."  He was a clean cut Mexican in his twenties and nice.  More points earned.  I had previously told him someone wanted the bike at the asking price but he couldn't come until Sunday - a made-up story.  I added "...but he could flake out". Jorge wrote back that he understood as he had been dealing with flakes in trying to sell his car.  Okay, I added more points.

He said he was just getting into mountain biking and asked if he could test ride it.  Being he came alone I didn't ask for his car keys.  If someone was with him then I would.  I think you get my reasoning there.  He came back from his ride saying he really liked the bike and wanted to buy it. He of course asked if I would take something less which I respected.  It can't hurt to bargain a little.  I reminded him of my "fictional" Sunday buyer at full asking price.  He understood.  I told him I would sell it to him now instead of holding out for two reasons: "You seem like a good person and two, I just don't want to have to deal with idiots and flakes."  He smiled. "I get it."  He pulled out four $100 bills and five $20's.  Again, he was prepared to bargain just as I would have been.  Smart kid.  More points.  He got a box full of extra tubes, tools, biking shoes and a really excellent bicycle at a great deal.

I watched him load the bike in the back of the truck and said goodbye. "Take good care of it."  "Oh I will."  I walked away getting a little bit emotional, something I didn't expect to happen.  Not so much the bike itself which I really did like and had a lot of great riding adventures on, but I think it was a matter of realizing yet another chapter of my life had come to a close.  Same as when I sold my last motorcycle a few years ago. "Well that's it.  It's all over.  No more motorcycles in my life."  Well now it was no more serious mountain bike riding for me.

I was okay a half a hour or so later...kind of. 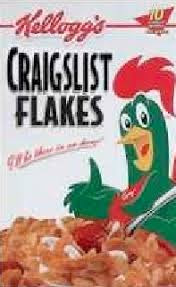