I noticed an abundance of birds right around our camp, and I thought I'd try my luck. 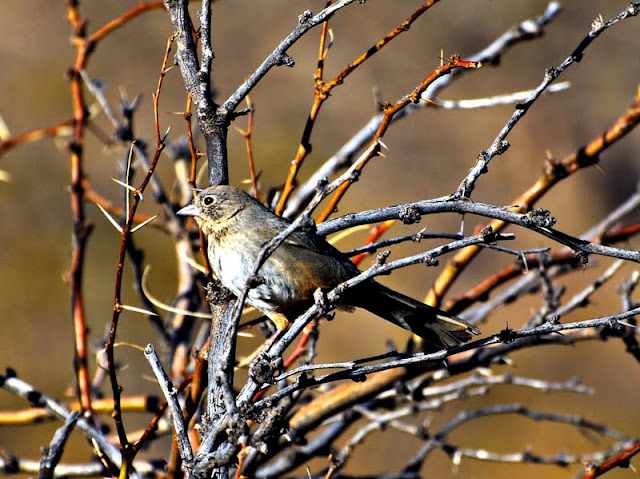 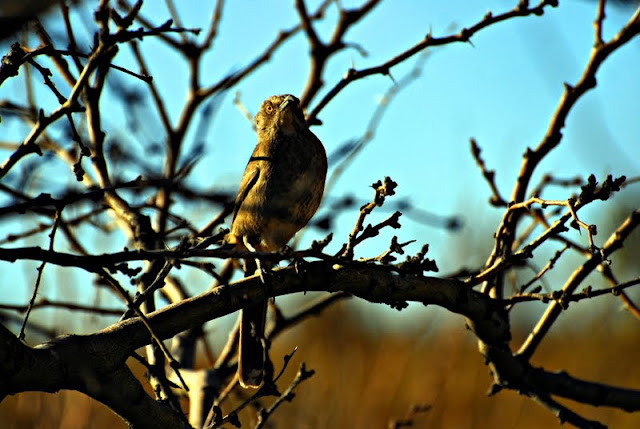 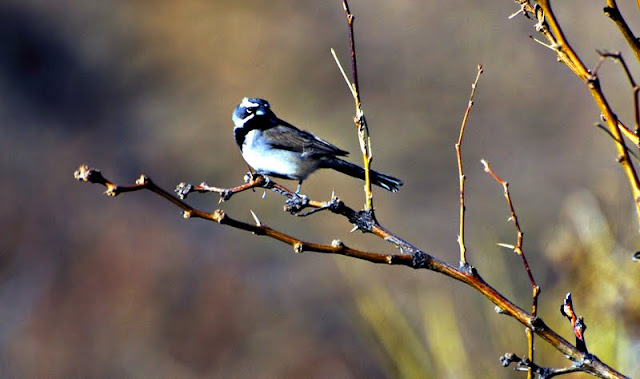 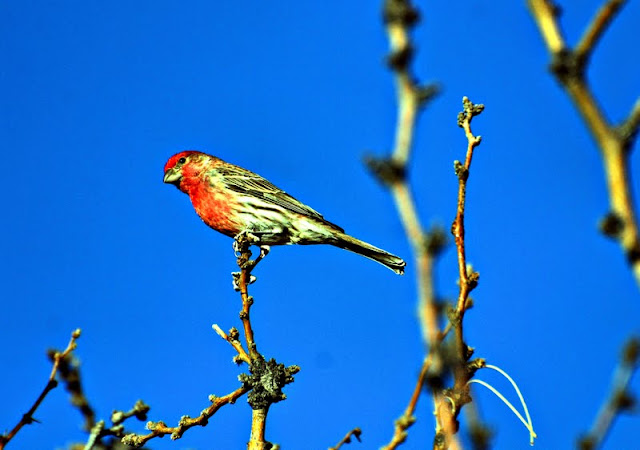 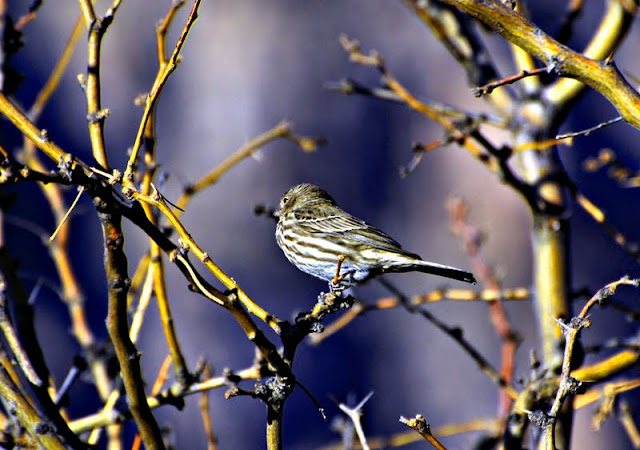 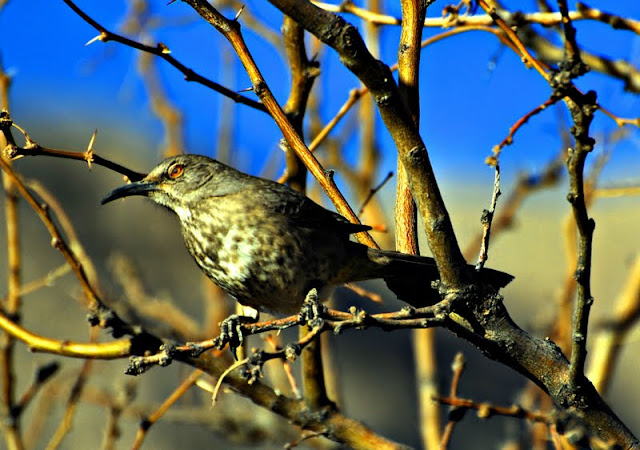 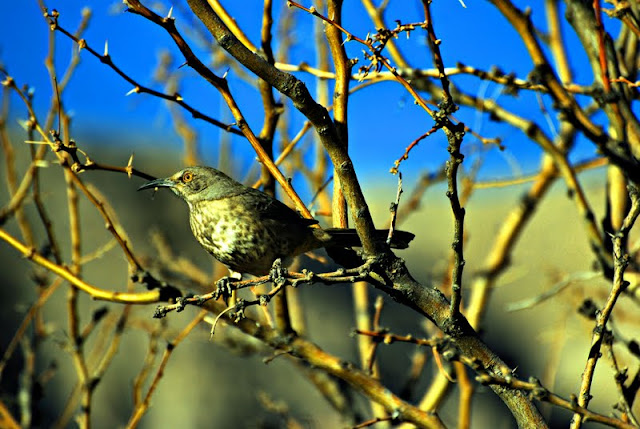 Then this guy showed up. I thought some one's pet bird had escaped. 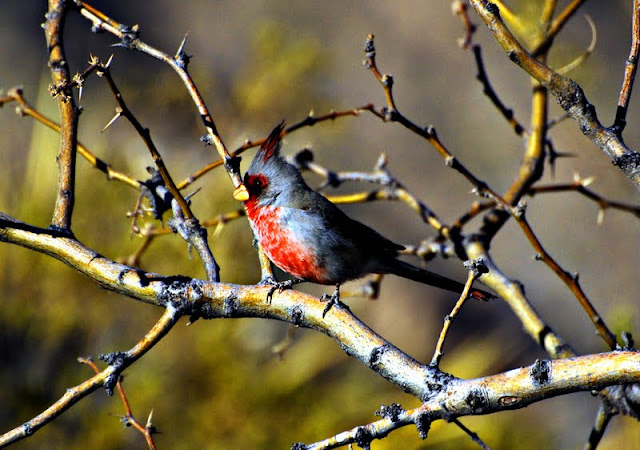 He was near my neighbor's camp. I went next door and found out what he was...a pyrrhuloxia.
Yeah, I can't pronounce it. It is also known as the Desert Cardinal. That is much easier to remember. 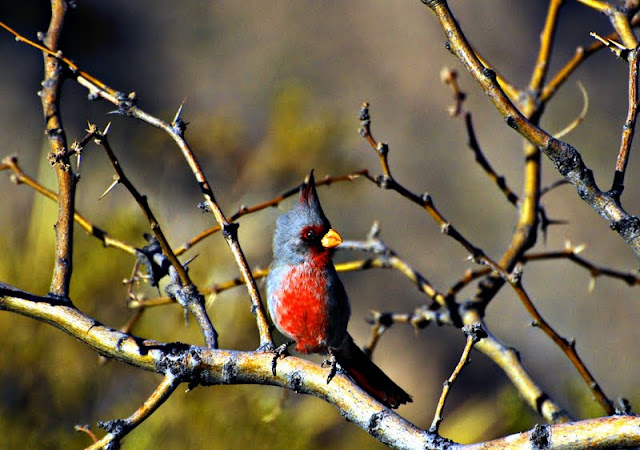 I also found out why all the birds. My neighbors had a feeder out. 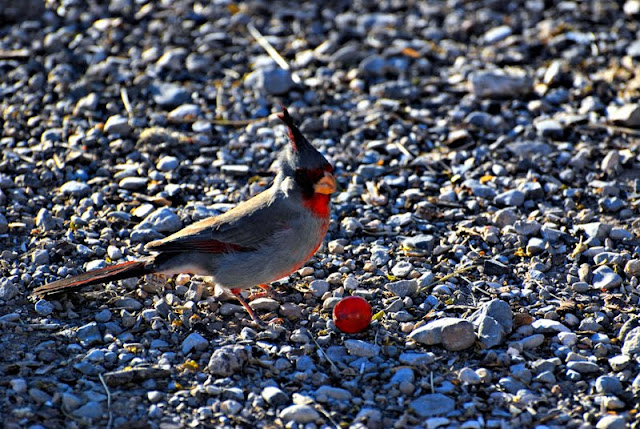 He liked his cherries.
My neighbors were from Indiana and had been on the road for months towing a U-Haul type enclosed trailer around behind their car, using the trailer as living and sleeping quarters. That is cheap RV living. I didn't think it right to take a photo of their RV'ing lifestyle so here is a picture of their cat. The man was from Germany and the cat had a German name that began with "K" and "T" and meant something tiger. I couldn't pronounce it and they said he goes by KT. That was fine with me. KT preferred to be in his cage. I know Sinbad would not like that at all. 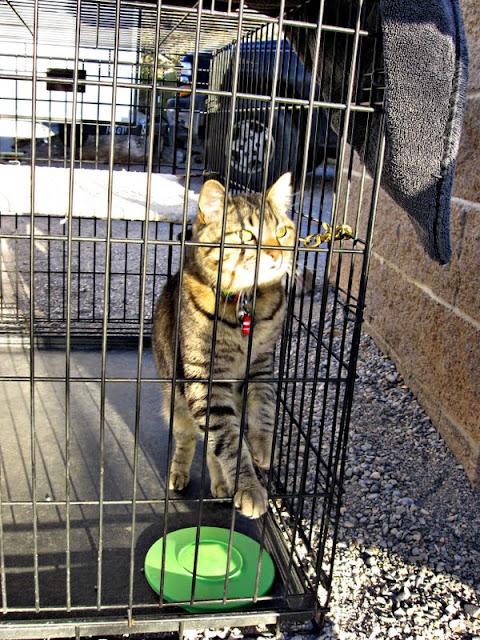