We left Tombstone and soon found ourselves in Bisbee. There alongside the highway was this huge hole in the ground. I had to stop. 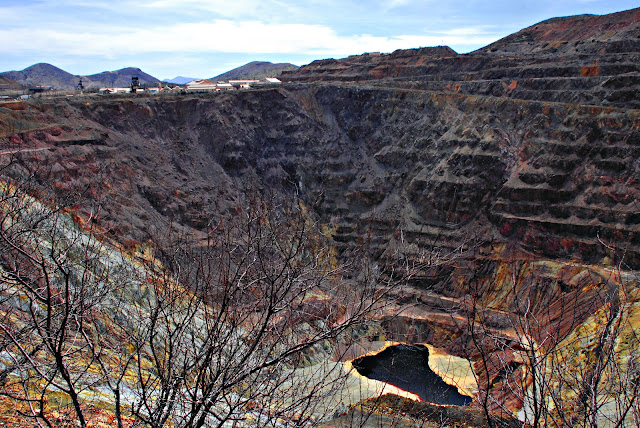 I discovered this was the Queen Copper Mine. It was one of the richest copper mines in history. It began operation in 1877, yielded 8 billion pounds of copper and then mining ceased 95 years later when the mineral well ran dry. In 1976 the mine was re-opened to provide tours for the public.
While looking up those dates, I came across this: A governement scout, Jack Dunn, discovered the rich deposits in the area while chasing Apache Indians. Dunn and a couple partners grubstaked a prospector, George Warren to explore and file claims for them. What few claims George did file he did so in his own name, not Dunn's. George liked to drink and in one of his drinking sprees he bet one of his claims that he could outrun a man on a horse in a two hundred yard dash. He lost the race, and forfeited the claim which turned out to be the Queen.
That is a lot of dirt removed. I love the rich colors. 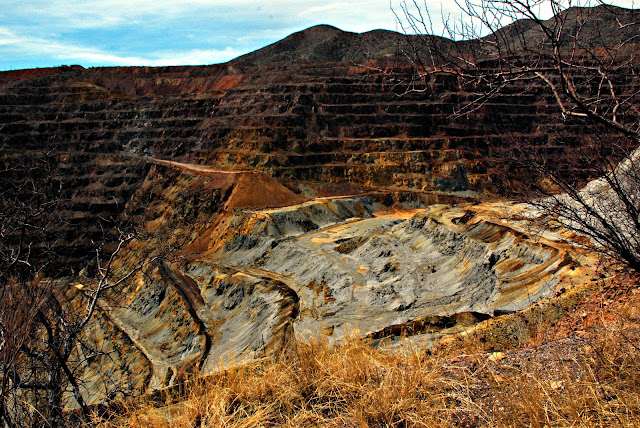 Like the canal at the chloride fields, I do not think this is water you would want to go in to. 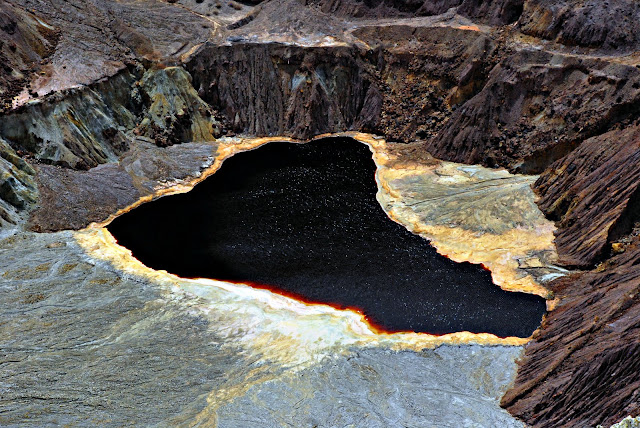 Bisbee looked like a charming and interesting town to visit, nothing like Tombstone. Artists and film makers were drawn to this old mining camp town and it appeared so with it's hip cultural scene. I didn't stop in town. I feel bad going to places like this without my wife along to enjoy it with me. Anyway, right now we had to move on to arrive at our next destination before tea time.
Come on Sinbad, let's go. Sinbad! Move it! 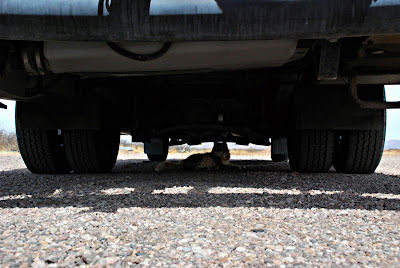