Nature Walk to the Rio Grande

Early the next morning I took the nature walk leaving right from the campground. The trail led across this pond via a floating boardwalk... 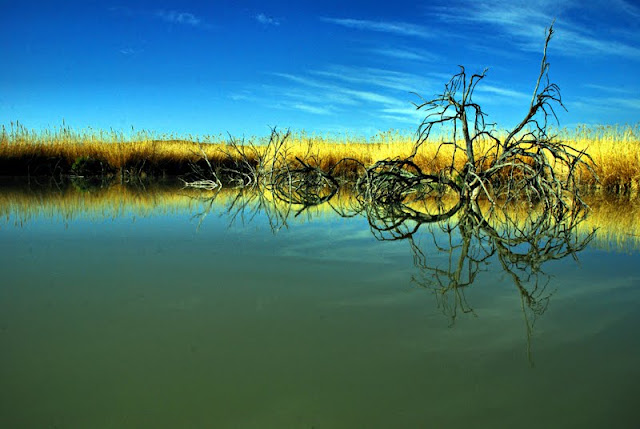 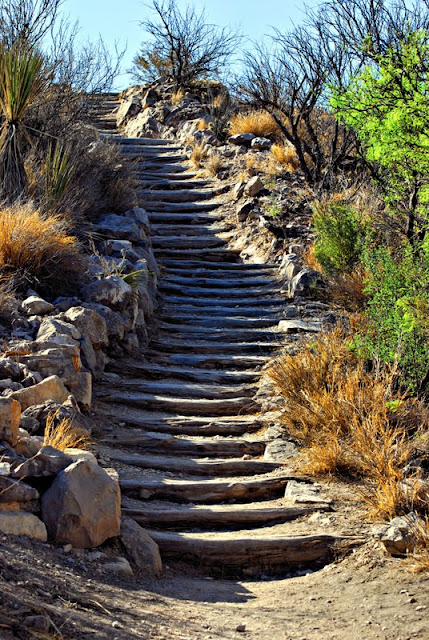 ...where I got my first sight of the Rio Grande river. This was not what I expected. For some reason I had this vision of deep narrow canyon with a river far below. 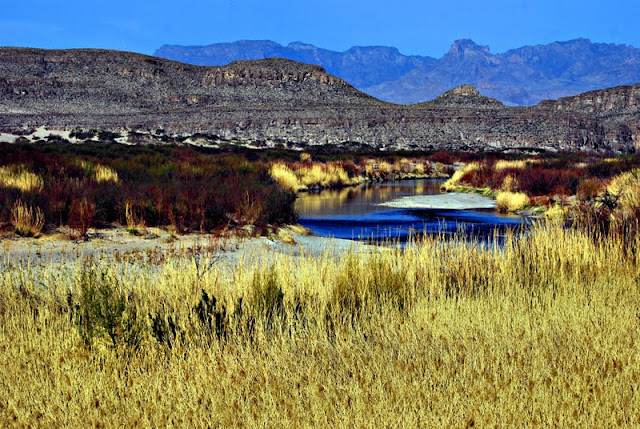 Another view from higher up where the boardwalk and campground can be seen. 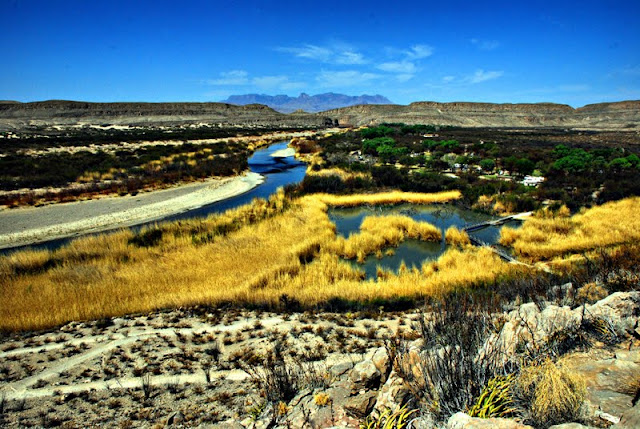 I continued on coming across holes in the rock where people from a long time ago had ground seeds. 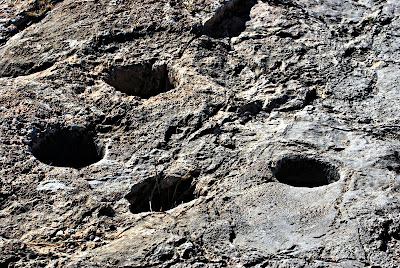 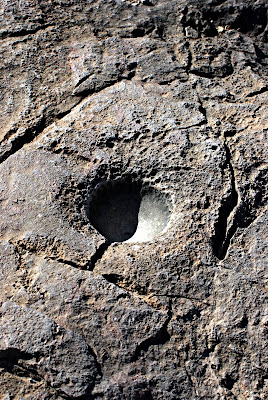 Soon after was this. 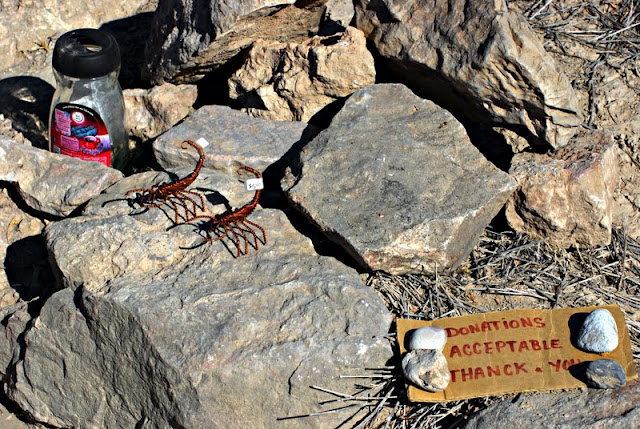 Much to-do was made by the Park Service to not cross the river. Do not interact with the Mexican people on the other side should you encounter any. Do not buy anything from them. Doing so is a violation of Homeland Security regulations and will be considered contraband and confiscated. And on and on. The truth of the matter was I came to learn that the Park Service is only doing what it is told to do. In fact they would like to see things to revert back to how it was before 9/11/2001. The little village of Los Boquillas relied heavily on the dollars of tourists who visited the park. The villagers would ferry campers across the Rio Grande where they then could walk into the small town, have a few tacos and cervasas and buy the local handmade trinkets and souvenirs. Now that has all been taken away from them (and us) and they are suffering greatly. The Mexican and American fire fighting services worked hand in hand with each other combating fires and even that has been greatly hampered by the idiocy of Washington DC.
I left $5 in the plastic bottle for this and flagrantly displayed it on my dash for the remainder of the trip. 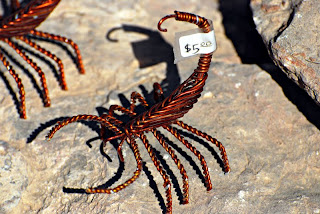 On other trails I found more of these little displays which included nicely made walking sticks beautifully decorated along with other wire and bead work, left for the honesty and generosity of us campers to buy. Each evening in the cover of darkness these poor folk would cross the river and check on their little trail side stores, collecting what money was left for them. The park rangers turn a blind eye.
I sat here by the riverside for a long time, thinking. I thought about how pretty and peaceful it was. How here I sat in America, and there just a stones throw away (I tried it and did hit the other side) was Mexico. How simple and poor their lives were, how complicated and rich was ours. How I held in my hands photography equipment worth more than what a family over there can earn in a year or more. I felt a bit embarrassed, ashamed.
Two totally different cultures and lifestyles seperated by less than 100 feet of water. 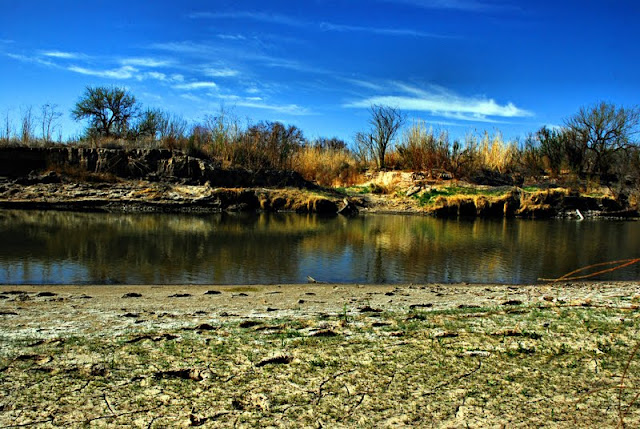 The village of Los Boquillas below the Sierra del Carmen 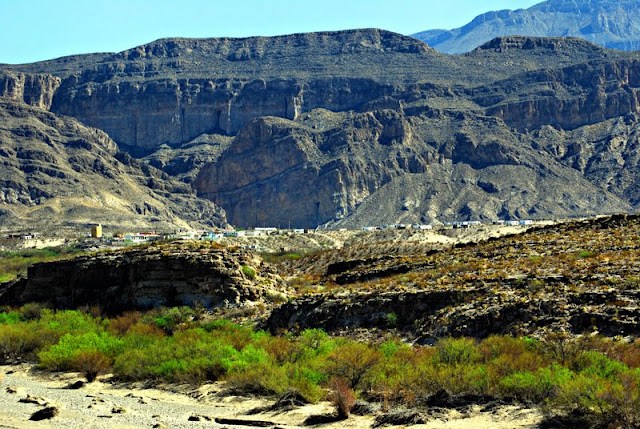