I like to drive. I can do so for hours on end. It gives you a lot of time to think and do things to entertain yourself. This became even more so later on during those endless miles of the vast west plains of Texas.

Being in the wild west I would think of cowboys, pioneers, outlaws, prospectors, stagecoaches, and wagon trains while passing through the land we were in. It is said that a Conestoga wagon would average 16 miles a day. A man on a horse, not at a gallop, twice that distance. In what I was covering in one hour would take a wagon 4 days, a horse and rider two. Say I lived in Tombstone and needed some supplies in Tucson, I would be looking at over a week on the trail. If I robbed the bank in Tombstone it would take me a day to reach the Mexican border. Well maybe a half a day what with the posse on my tail. El Paso would be a much better choice to rob a bank. I was left thinking, the image the movie industry portrays for the wild west, travelling from one town to another, there was a lot more to it than what we are led to believe.


Driving along I would see various things I would like to get a picture of but had no time to suddenly stop and do so. By the time I could get my movable home slowed down to a stop, whatever it was would be a half a mile behind me. So I began experimenting with Through the Windshield Dashboard Photography. Now would you know these pictures were taken at 57 mph with the camera sitting on the dash shooting through a bug splattered windshield? 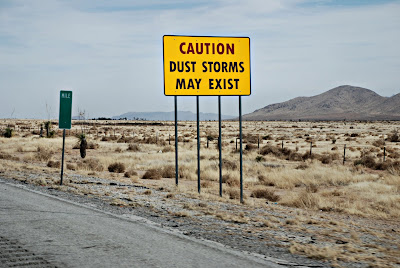 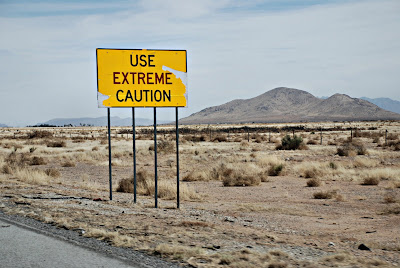 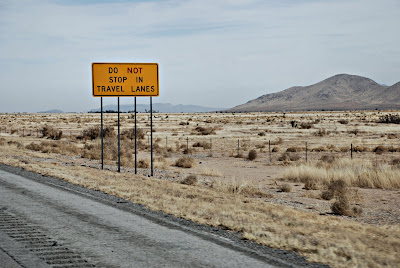 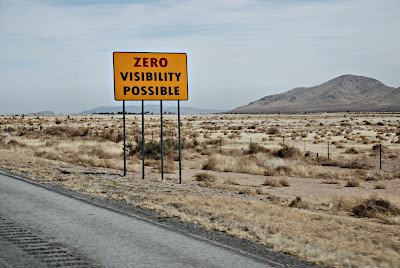 I was not looking through the viewfinder while driving. The camera just sat there and I pushed the shutter release at the right moment. There are worse things to do while driving, like texting. After a lot of trial and error I got it down as to what setting to use in the camera and at what focal length to have the lens set so that the pictures looked natural. Even still, I missed some good shots because I forgot to turn on the camera, or remove the lens cap, or was just too slow in grabbing the camera. Occasionally Sinbad would be laying on the strap. Ever try to pull up a camera and a cat from the floor, one-handed while driving a small house?
Posted by John @ Beans and I on the Loose at 6:32 AM