Time to Move On

I let Sinbad out for one last good-bye visit in the sands of White Sands National Monument... 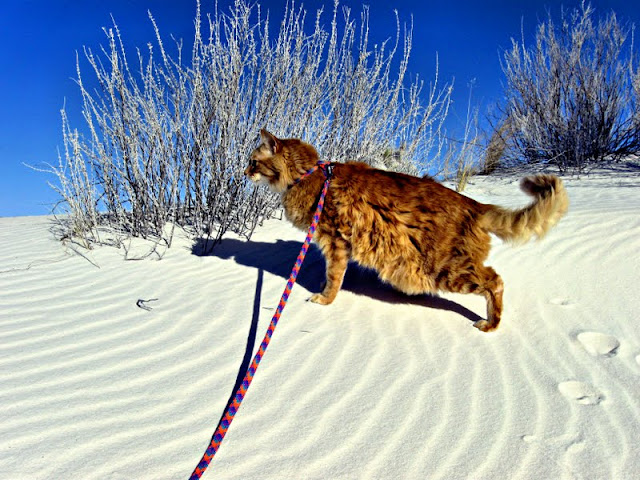 ...and he was ready to leave right away. 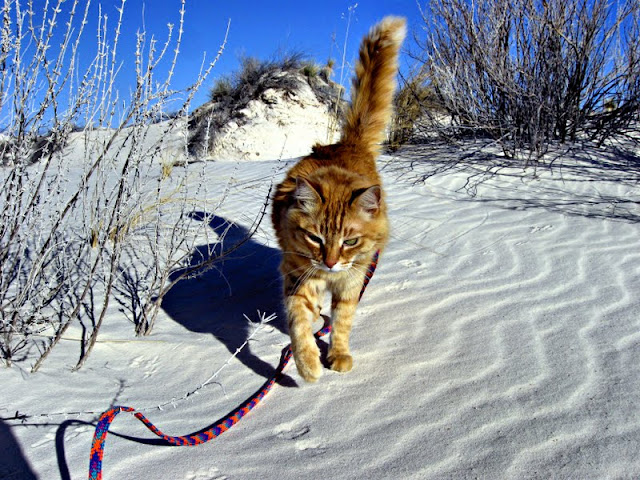 We stopped at the visitor's center for a quick look around, talked about dog poo with the volunteer on duty... 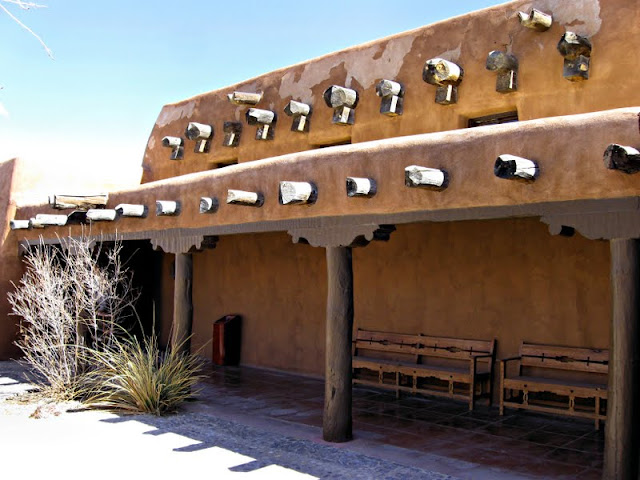 ...then drove on to our next camp at Oliver Lee Memorial State Park south of Alamogordo. Sinbad liked it here. No one nearby and there were things to walk around and tangle your rope on. 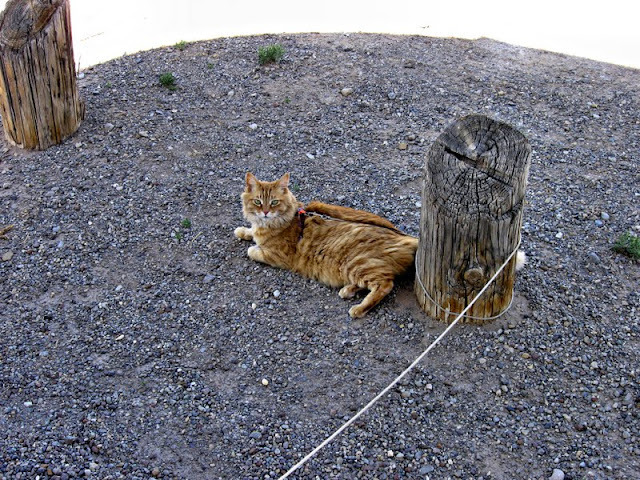 Near the campground were these ruins. This is what is left of the adobe home built by Francois-Jean Rochas. 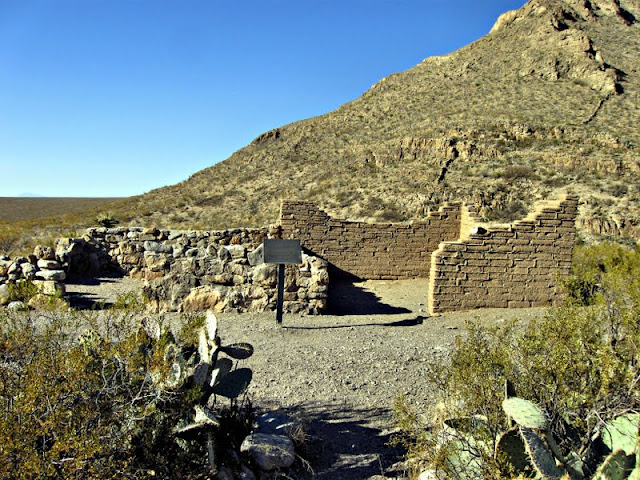 The rock-walled room was the original cabin and the adobe room is a later addition. I was impressed with the detail and effort that went into building both rooms and especially the adobe portion. 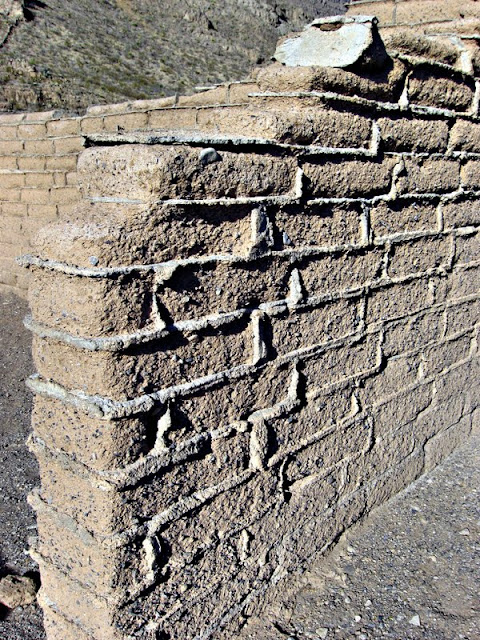 This was inside the museum/visitor center and tells his story. In the first picture you can see the rock wall referred to as his corral fence leading up the mountainside from the center of the adobe room and then jogs over to the right. A similar wall was on the opposite side of the canyon. I cannot imagine gathering and placing all those heavy stones into place, on such a steep mountainside, in the hot New Mexico sun. 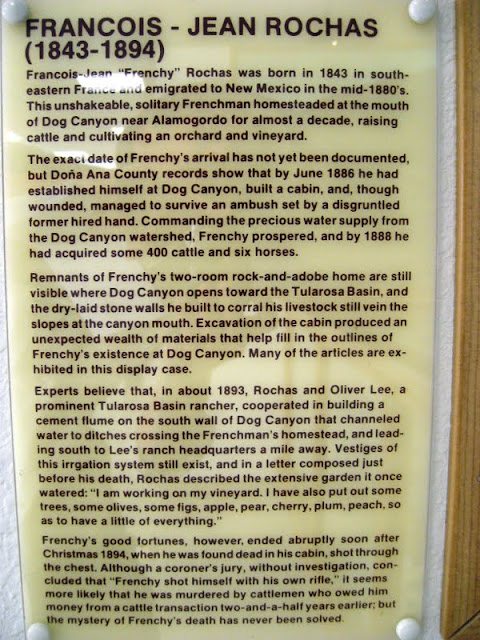 A solitary life of an extraordinary man.
I think the park should have been named Frenchy Rochas State Park.
Posted by John @ Beans and I on the Loose at 7:25 AM