This is one of those places I have always wanted to see. There is no camping in the monument so we had to stay in Alamogordo, 16 miles away. The gates opened at 7 am and that pretty well ruled out any sunrise photo, not that I could have got out of bed early enough and made it anyway. The time zone difference was really playing havoc with this California boy. I arrived there before 8 and drove in on the eight mile long road. 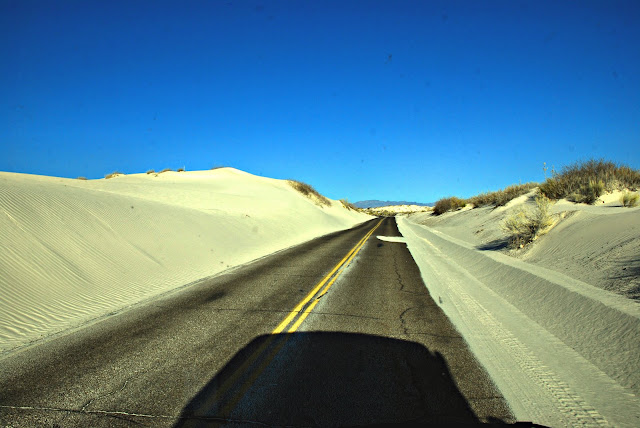 I made stops for a photo at most every pullout there was, hoping to get good pictures with the early light and no people around. Most every dune still held the residual footprints of the previous days, so it meant a bit of a walk inland to find any virgin ground. 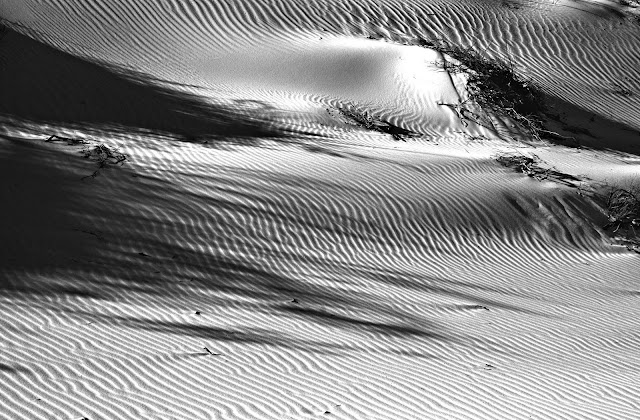 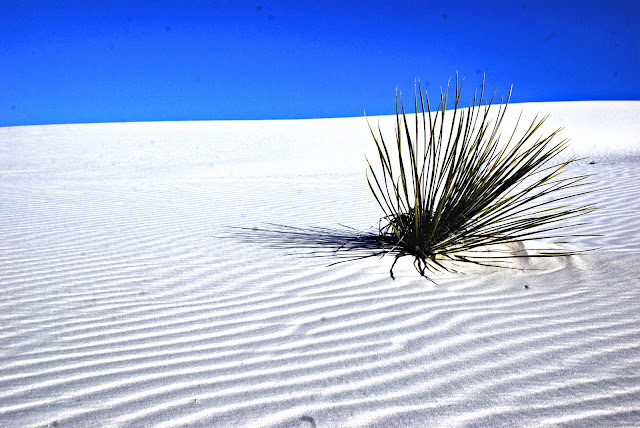 The further on I drove, the further I had to walk in for a picture. People would let their dog out and allow it to run free, romping up and down the dunes ruining good photo opportunities. Even if a dune was a place where people would not want to walk due to the difficulty, there would still be dog prints. Worst still, was the dog crap left behind at every stop. I had to be careful where I stepped. It was really sad. 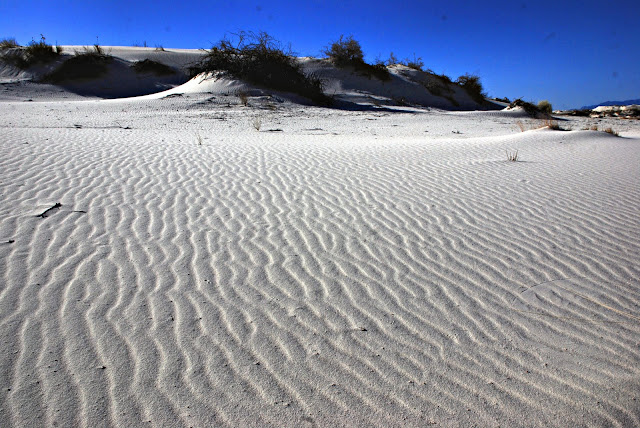 I started out with a clean lens (amazing, I know) and was unaware of the fine grains of sand gradually clinging to the glass, mucking up my pictures throughout the day. I should have been cleaning it every time before a photo. Also, I was using my polarizing filter which now I don't think was a good idea. A lot of my pictures turned out to be what I was almost stepping into at each stop. 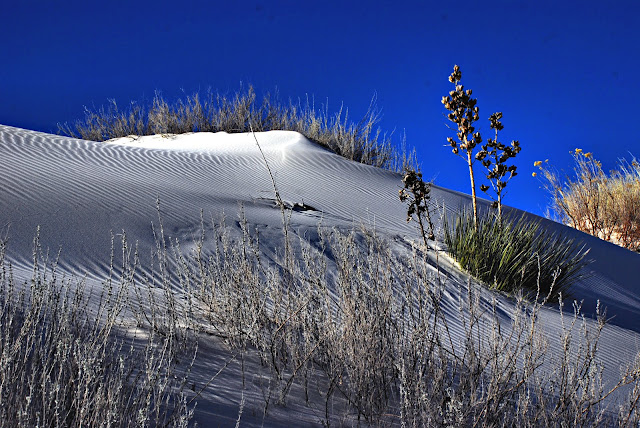 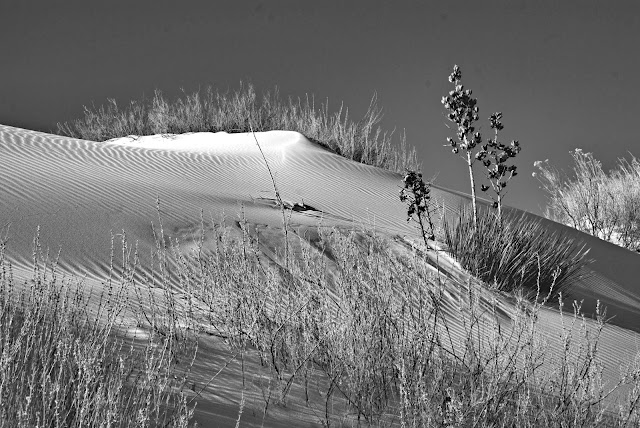 At the road's end was a trail leading out to Alkali Lake. There isn't really a trail, you follow these markers in the sand. I walked with this couple for a couple of miles. It was a cold wind blowing and I had multiple layers on. The guy had on a t-shirt and shorts. I said "You folks must be from Canada." I was too far off.
They were from Maine. 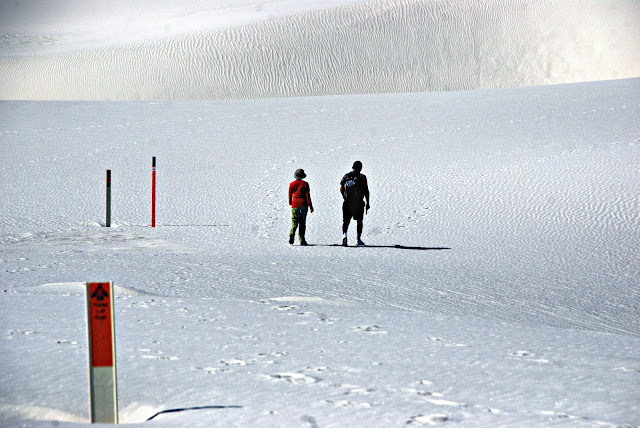 Upon cresting another tall dune and seeing no lake in the far off distance, I parted company with them and went back to eat lunch. I've seen enough alkali lakes anyway. Later I discovered the so-called lake was a dry mud pan and still several more miles away. 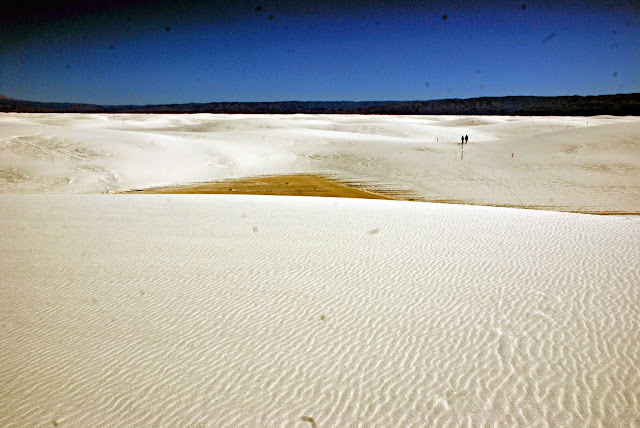 More sand speckled pictures tomorrow
Posted by John @ Beans and I on the Loose at 7:53 AM