You Don't Want to Die in Fairbank

I saw this sign and decided to go look at the cemetary. 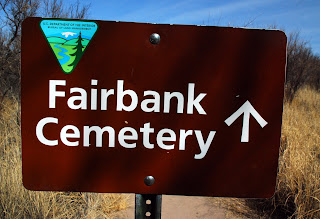 No where did anything say how far it was, and after walking for awhile I rounded a curve and saw there was still quite a ways to go. About now I am thinking you better have had some friends in Fairbank willing to carry your dead body all this way. 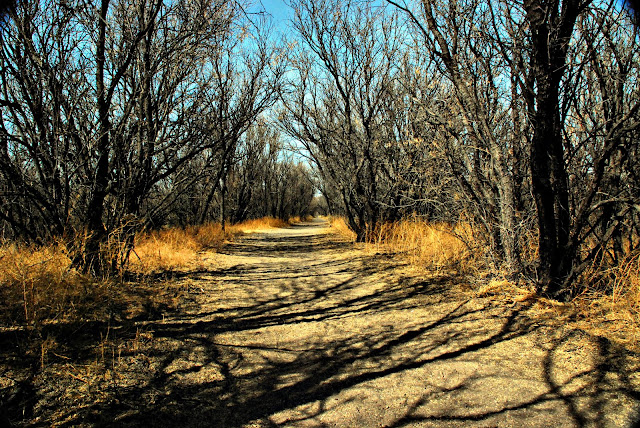 Finally at the end of that long lane a path led off to the right and climbed a hill along this rocky narrow trail.
Imagine carrying a casket or pine box up this.
Now I am thinking those had better been really good friends. 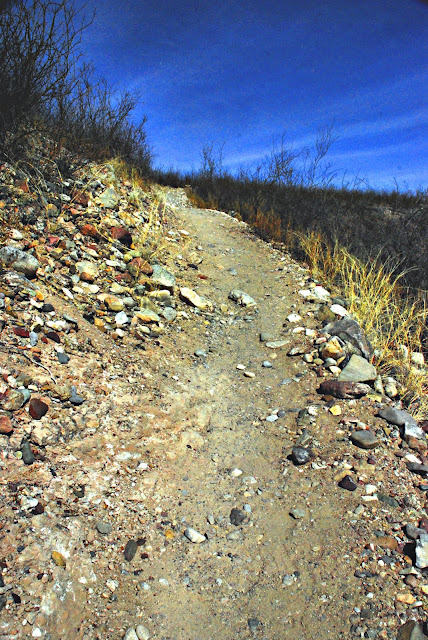 The trail curved around and eventually ended at the top of the hill at the cemetary itself. 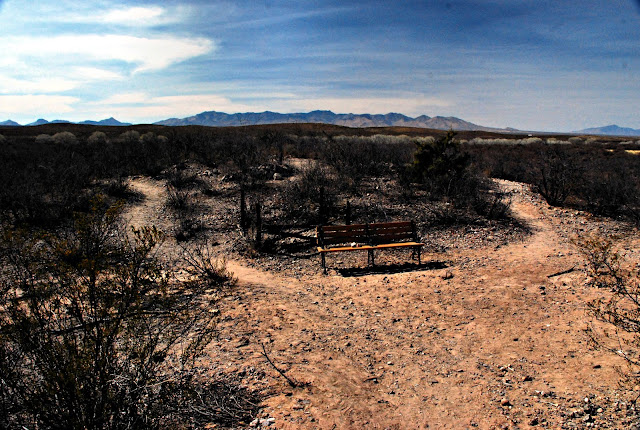 It is hard to tell from the photo but this is the top of a hill. To the right of the path on the right the ground drops away, covered with thick brush. To the left of the left trail is a little brush then drops off down to the trail we just came up. So really, about the only flat ground there was to bury someone is right in front of you.
What graves I saw were in very sad condition. 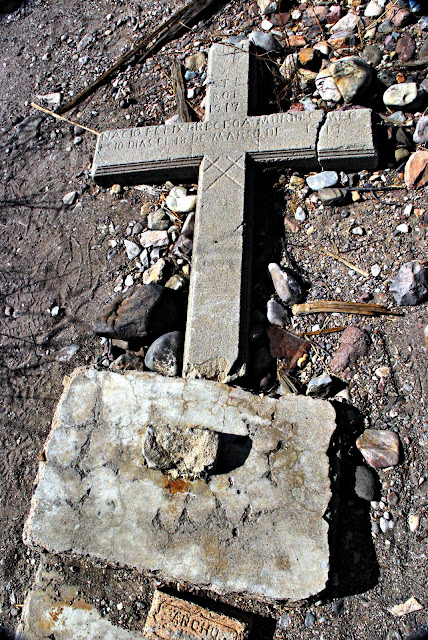 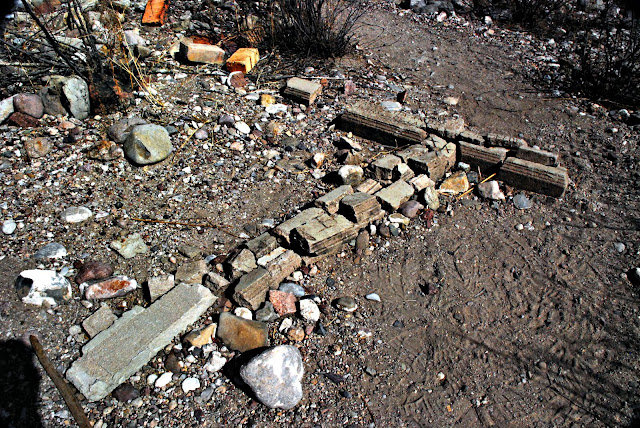 Some I could barely make out to be a grave. 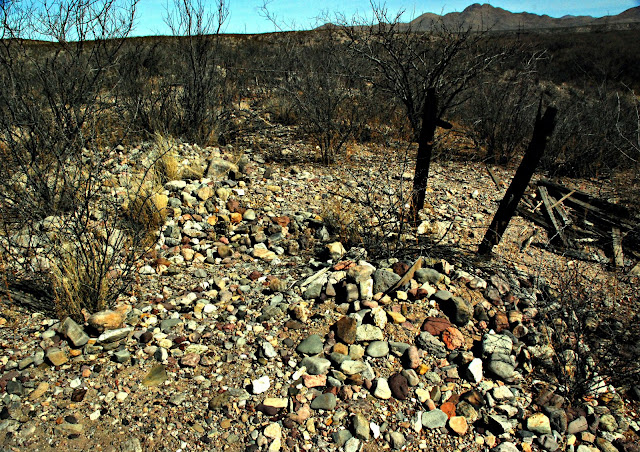 I walked around and did a count, coming up with around 30 graves. I was surprised to later learn that 119 people were buried in the Fairbank Cemetary.
As I looked around the surrounding countryside I realized why this faraway site was selected for their cemetary. It was the closest hill to town. Despite the popular belief that hilltop cemetary sites were chosen for the view, a more important reason was that you were buried closer to heaven.
This, besides the two broken crosses, is the only tombstone I found, such as it is,
with words etched into wet cement. 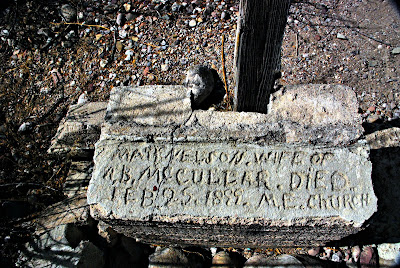 None of the crosses had any writing on them. Either the writing had long since weathered away or there wasn't any to begin with. 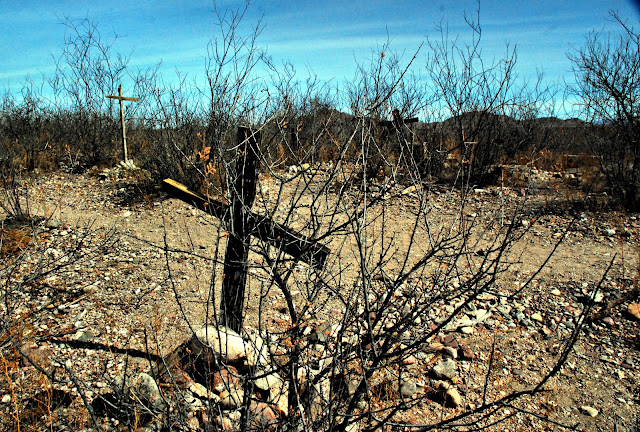 Even the richest person in town was without a grave marker. 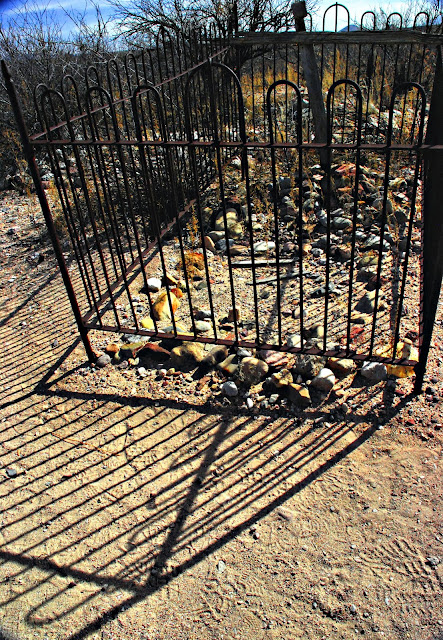 No doubt the hardest job in Fairbank had to be the grave digger's. This ground was like they say "rock hard" and full of the rock you see scattered about and covering the graves.
Posted by John @ Beans and I on the Loose at 6:39 AM