The next thing I discovered was the difficulty of getting pictures without people in them.  Now there are boardwalks crossing the meadows.  I suppose that is a good thing as to help minimize people trampling helter skelter through the grass and wildflowers...hopefully. 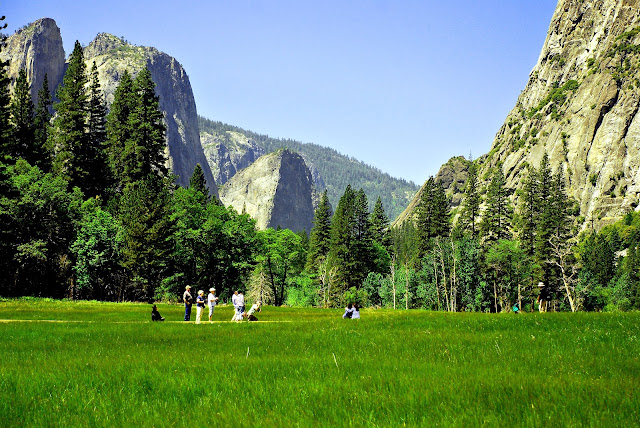 Here I found a place to get a scenery photo without people in the way.
Doing so had now become a fun challenge for me.
Off to the left is El Capitan, a 3000' (900 meters) tall granite monolith, a favorite playground for rock climbers. 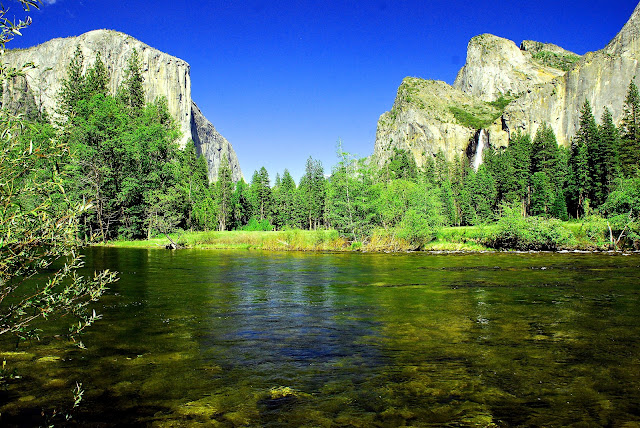 The Merced River flows through the Valley.  In January 1997 the river flooded with waters flowing over 10,000 cubic feet per second, causing the park's worst natural disaster to date.  Cabins, hotel rooms and half of all the campsites were destroyed. 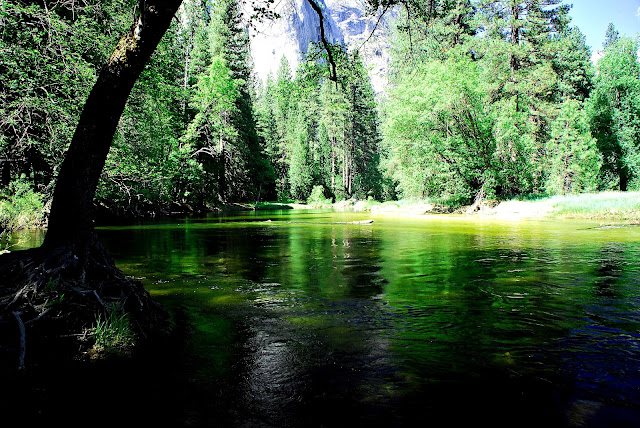 I sort of forgot about this event and was sorely reminded of it later on. 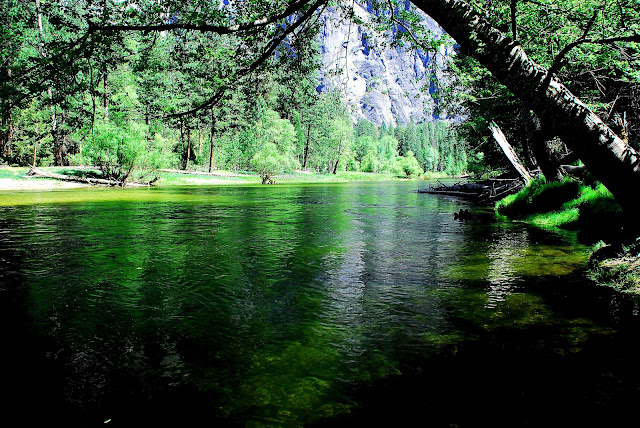 In this view we see Bridalveil Falls. 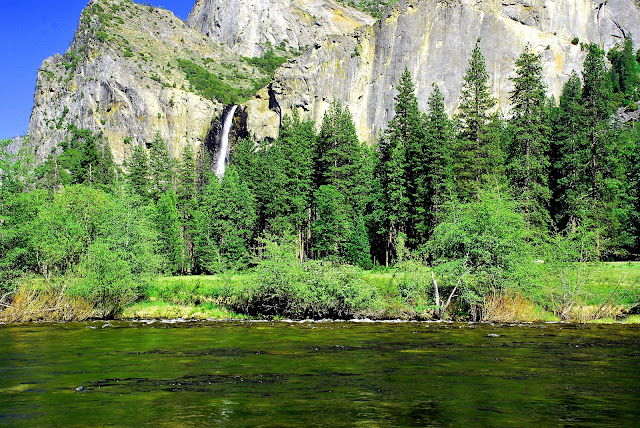 The falls are 617' (188 meters) high and unlike Yosemite Falls, here the water leaps from the edge into mid-air.  With a brisk wind the water will fall sideways.  When the flow rate is less during the later part of the year the waters do not reach the ground except in the form of a mist. 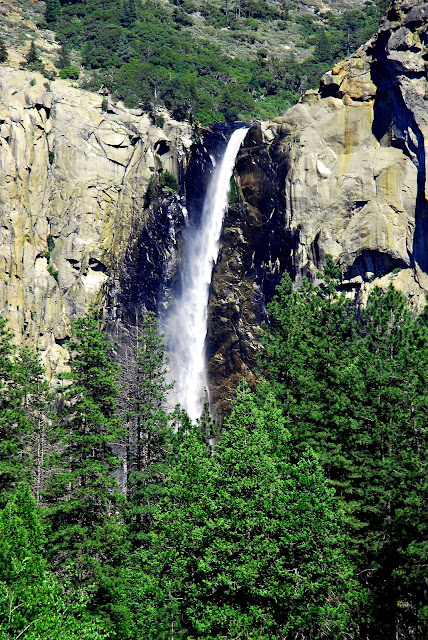 These newlyweds were having their wedding day photos taken with Bridalveil Falls in the background.  (a pause here so we can all go ahhh)  It was crazy to see her try to climb over rocks in a full-on wedding gown.  I wondered if perhaps they had met in Yosemite and years later agreed that would be where they would like to be married.
Best to you two. 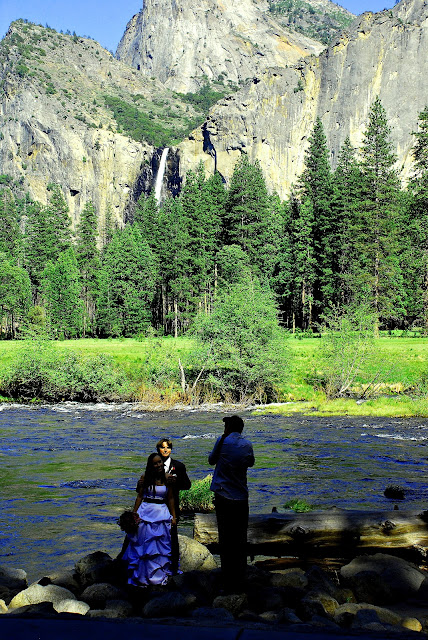