Miles before you reach the Valley itself, one of the iconic features of Yosemite Valley comes into view, Half Dome. 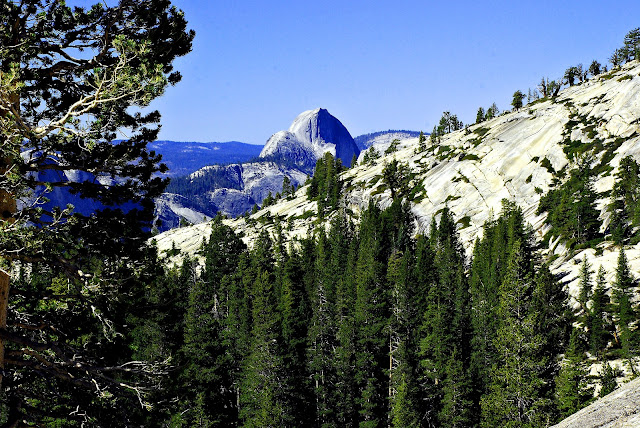 Then once in the Valley you marvel at all the wondrous features as you slowly drive along, and find it impossible to not stop for one of the most popular one of all,
Yosemite Falls. 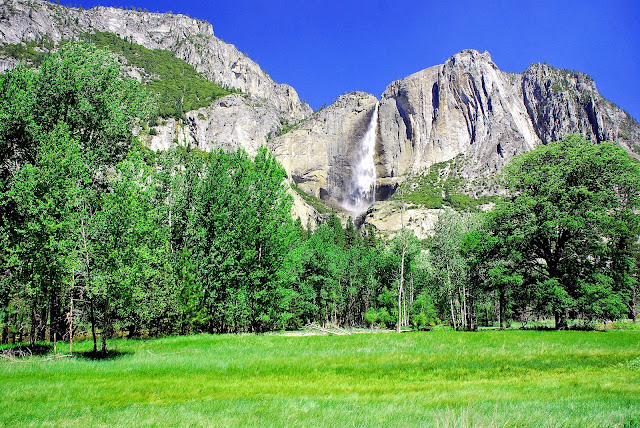 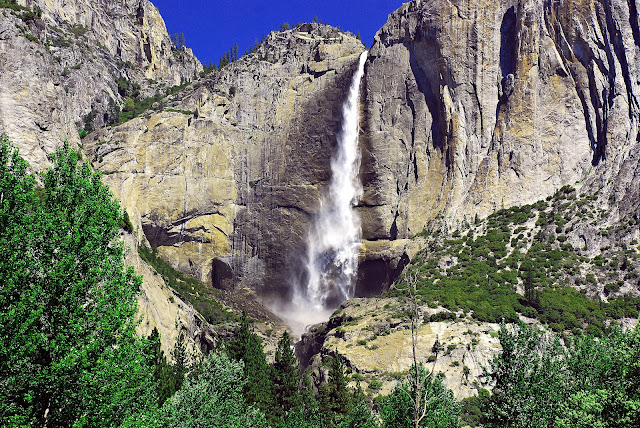 The last time I was in Yosemite Valley was October of 1990.  I just happened to be nearby at the same time all the federal park's campgrounds were closed because our illustrious government was unable to come to an agreement on the nation's budget.  So I tooled on in just to see what was going on in Yosemite Valley.  I have to admit, it was pretty cool to see not one camper in any of the campgrounds. 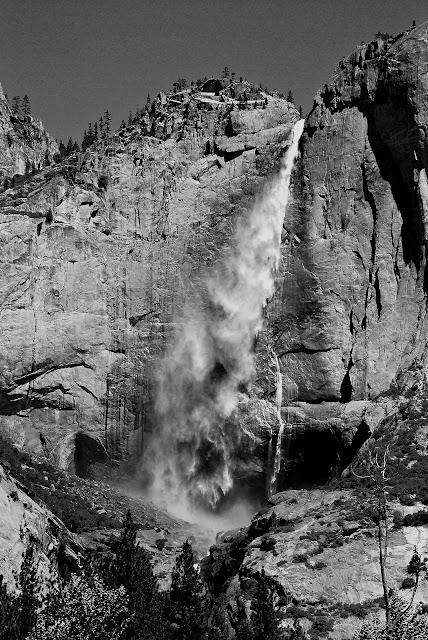 Spring is the best time to view all the falls (there's 11 in the Valley) due to the volume of water from snow melt in the high country. 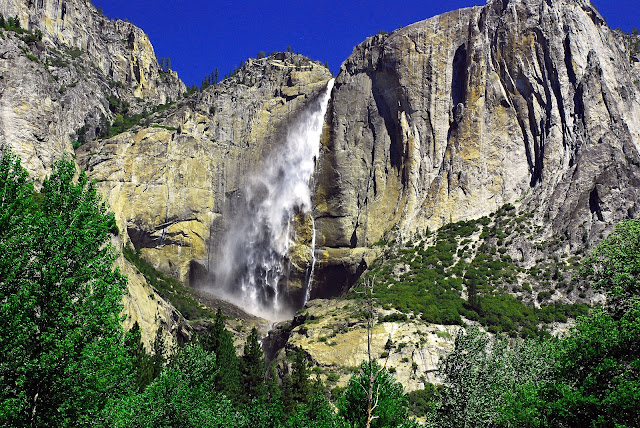 Here's a B&W version of above.  I liked both so you get a two-fer. 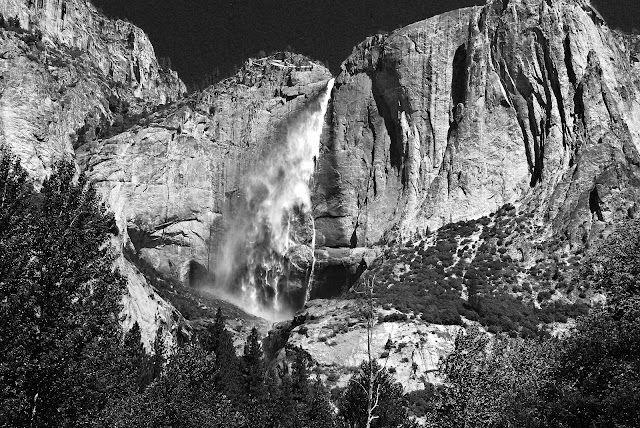 It is difficult to not take advantage of all the different views that are available.  But what's this?  Buoys in the river?  I have never seen this before.  Sort of ruins the scene.  As I would come to learn later on, there would be quite a few changes made since I was here last, all of which left me a little disheartened for I have memories and they are now nothing more than just that, memories. 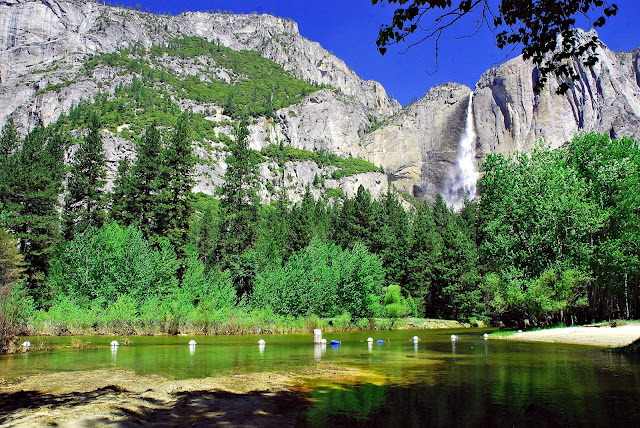 Today a concessionaire in the park rents rubber rafts to visitors.  In my day we made do with large truck inner tubes and flimsy vinyl floating mattresses that folded up like a taco when you sat on them and needed constant blowing up to stay afloat.  I still do not understand the buoys and rope. 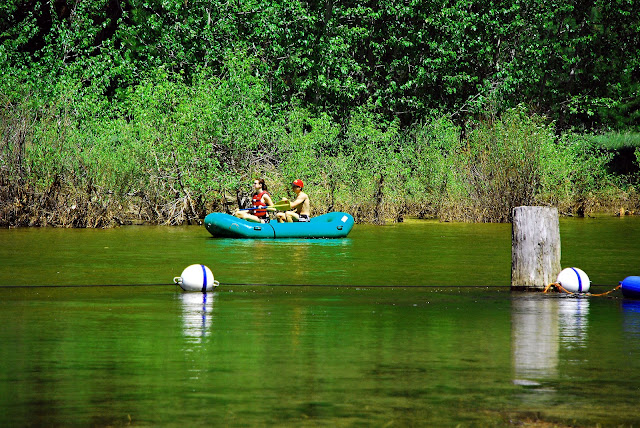