Last year I picked up this bicycle for nothing.  It is a Western Flyer English 3-speed bicycle from the mid 1960's.  These bicycles were marketed through the Western Auto hardware stores here in the States.  When I got the bike it was as you see below. 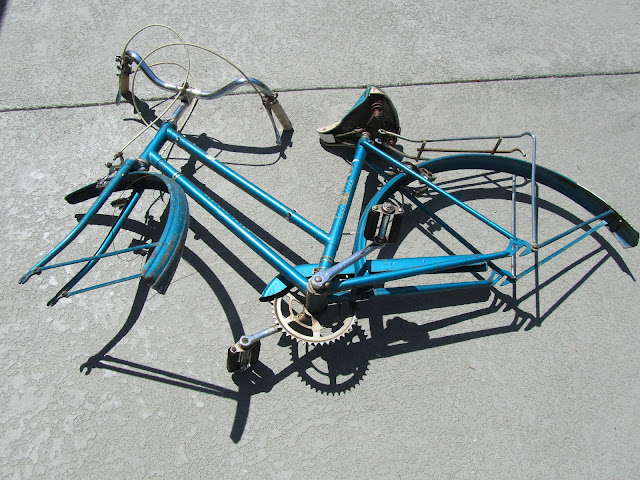 No wheels or chain and pretty well banged up with a fair amount of rust here and there. 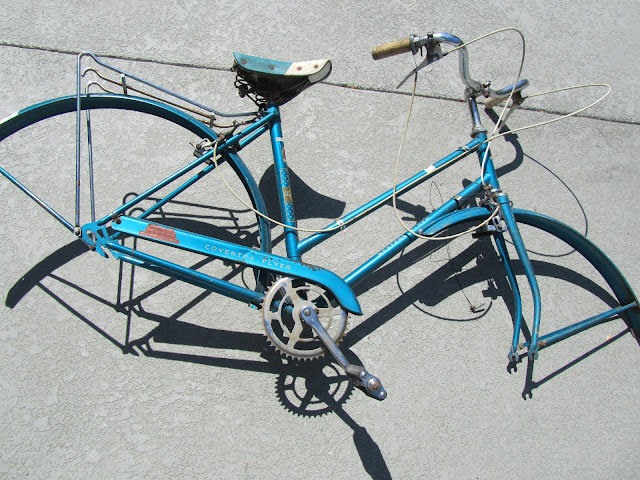 The easy part was cleaning it up and getting all the bearings and cables lubed and working again.  The hard part was finding wheels for it.  Just any old wheel will not work.  We're talking English made bicycle here.  The rear had to have a Sturmey-Archer 3-speed hub.  I finally located one in a bicycle junkyard.  This wheel was so bad and rusty that the guy just gave it to me.  The rear wheel looks much better now as long as you don't mind that the rim is for the most part is pitted, nasty looking and the chrome looking more like silver paint.  I was able to get two of the three speeds working so far. The front wheel I found on eBay.  It was in much better condition but unfortunately not correct.  I've made it work but am not content with it.

With new tires and tubes, an old basket and kick stand from another bicycle salvage shop and a used chain, here is it today.  It is rolling.  I rode it in a couple circles out front of the house and still needs some tuning and adjustments.  But I'm tired of working on it so it is hanging up in the garage for now.  I need to have something to tinker with this winter. 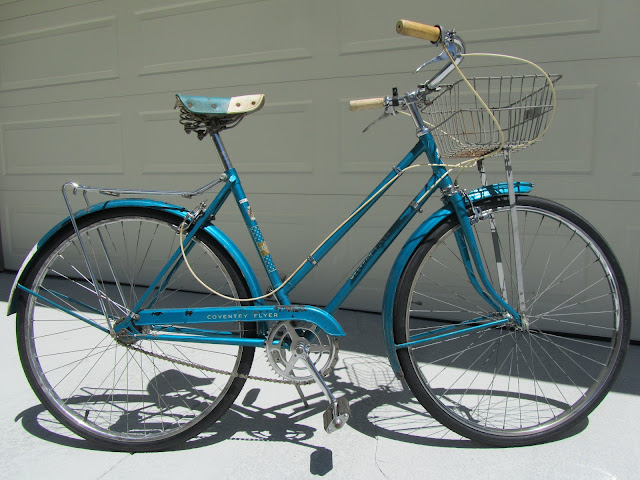 You may wonder why I didn't paint it.  Doing so would greatly diminish the value of the bicycle.  Not that it has that much value as a collector's item in it's abused state but the natural patina says more about it's life than a fancy paint job that would cover up all the original decals and hide it's idendity. 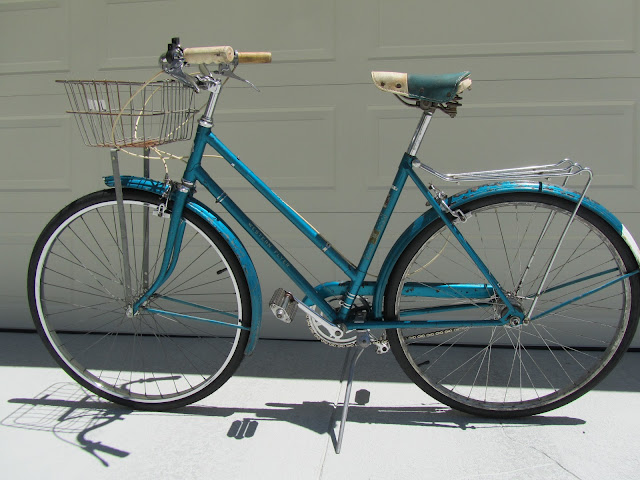 You will notice in the second picture on the chain guard the red strips from a label maker.  It was the little girl's name and address.  I wonder where Marilee Webber is today, nearly 50 years later.