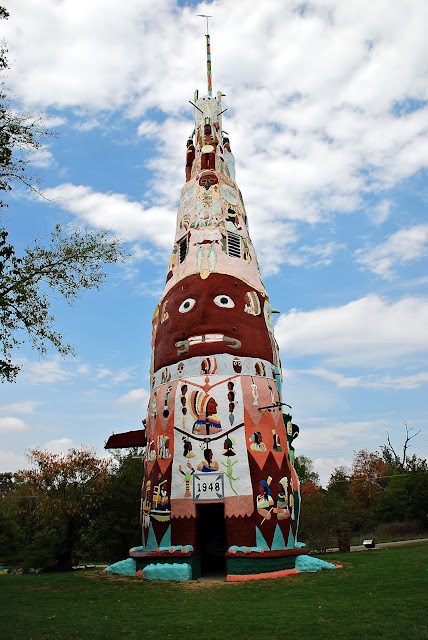 I was expecting a real tall wood totem pole.  Instead it is this 90 foot tall behemoth made with 100 tons of sand and rock, 28 tons of cement and 6 tons of steel.  Granted, it is impressive for one man’s work but still…

Well he did pick a great year to do it in. 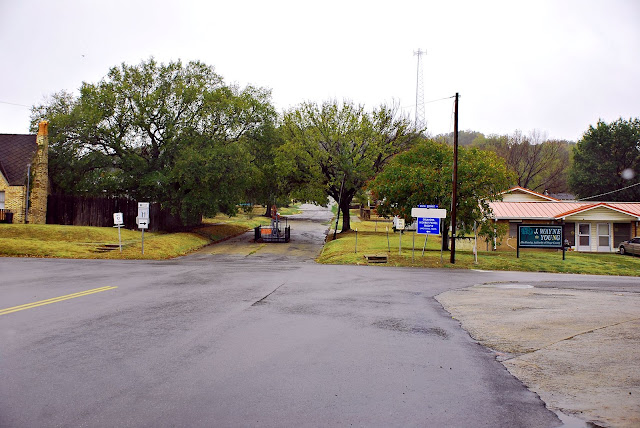 So I am expecting one of those tall steel oil derricks in the middle of town with two lanes of traffic on each side, and maybe off in the distance up Main Street the court house or some other official building.  So you can imagine my “This is it?” sigh upon seeing this. 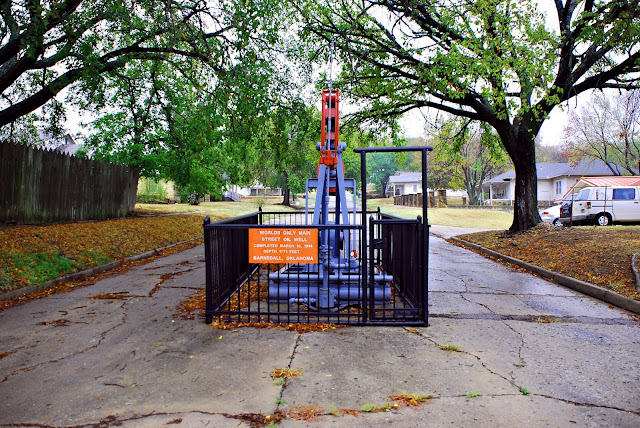 The thing just sat there.  Didn't move.  It's more like a lawn ornament, or in this case a street ornament. 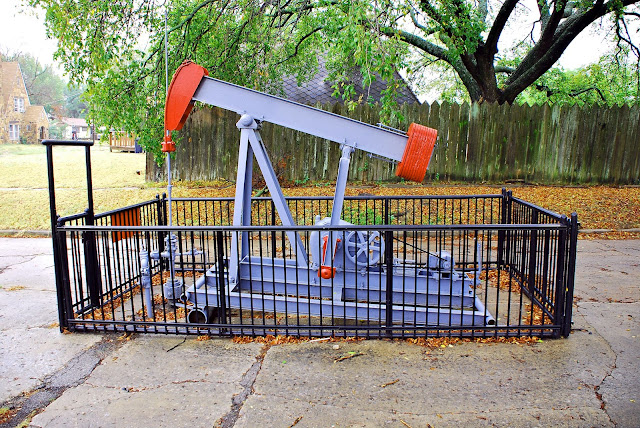 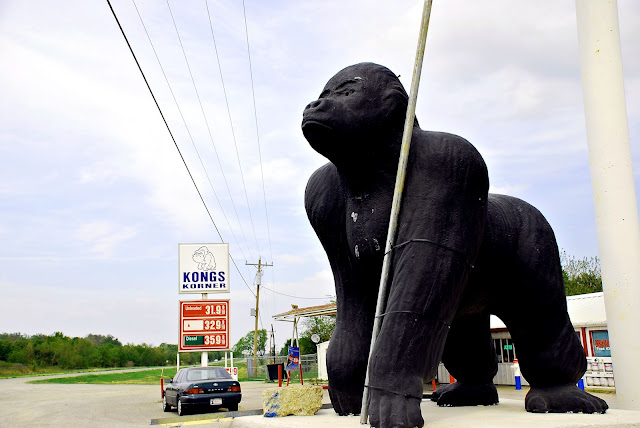 Now this one I didn’t expect much and it lived up to my expectations.  Looks impressive huh?  Well it is all in how I set up the photo.  The statue is only about 4 feet tall and that is a flag pole like you have hanging in the front of your home he’s holding on to held on with a couple zip ties.  Big whoop. 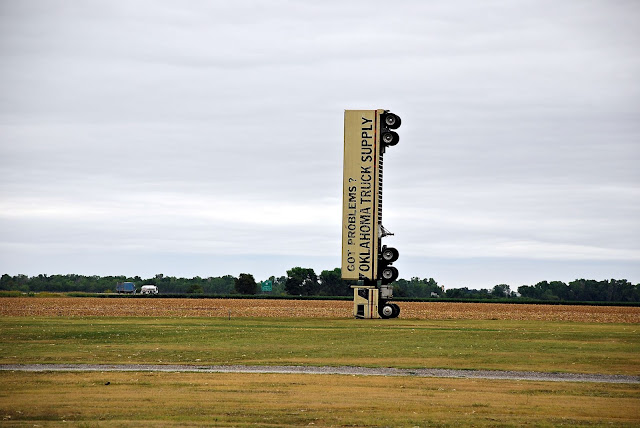 While those others were on my route anyway, no miles were wasted.  This one I debated on going the miles out and back and was okay having done so after seeing it.  A “billboard” for a truck repair and supply shop.  Only bad thing was that I was unable to get close to it.  But you have to admit, it is an eye-catcher while driving along the interstate.


So you win some and you lose some in this game but there’s always a lot to see in between.
No regrets.

Funny stuff! Impressive set up on the Kong photo. You had me fooled at first.

you're getting close to my neck of the woods. wanna come by for a drink on the deck?! :) of course sinbad would have to stay in the little house as my doggies would have a heyday...

The totem pole is quite colorful, not what you would expect, but neat just the same. The oil well in the middle of town, not that is odd. Especially since it isn't even a working well. We have several of those in our area and they produce more natural gas than oil. You are seeing some interesting sights on your journey. I think it would be awesome to travel around like that, no time schedule just traveling along at your leisure, seeing the world. I am glad you are sharing it with us!

I'm not sure how you found these things on-line in the first place! The truck is pretty cool.

You fooled me with the Kong photo too! Your trip is something I would LOVE to do...just drive and find different things to see...and as you say, you win some, you lose some. But, the journey is the thing! Always interesting!