When in Bentonville, Arkansas I stopped to see where WalMart began and instead of making fun of it as I intended, I came away somewhat impressed.  Here is that original posting while there, and now I can show more of the birthplace of WalMart.


Sam Walton's original 5 & 10 store stands in this plaza off to the left where you see the white store front and red lettering. 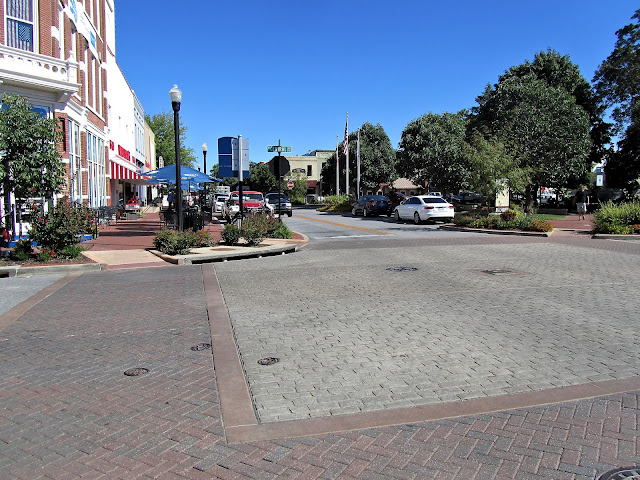 When you walk in it is like stepping back in time with goods available for sale as they had in the 1950's and 60's at 2012 prices of course.  There were a whole lot of various candies to be had, many I thought they didn't make anymore.  Notice the Lincoln Logs, Slinky Dog, Etch-a-Sketch and Pez dispensers on the top shelf.  I had my eye on that Daisy pump-action BB gun but the $44.95 price tag moved me on. 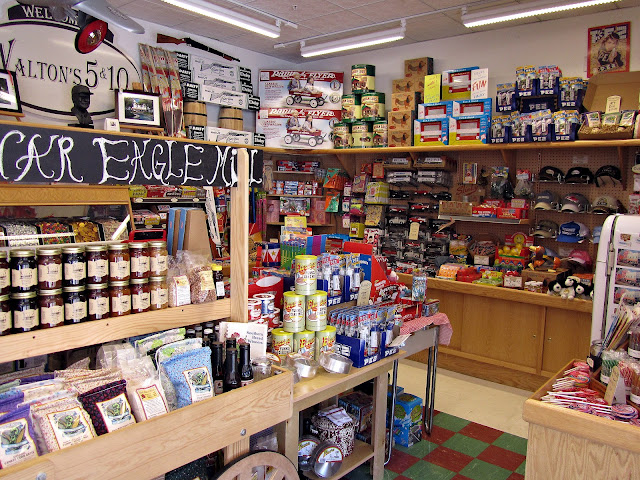 It was overwhelming the amount of stuff they had in there.  The restroom in today's WalMart is larger than this little store is.  These phones and radios were cool looking.  Notice the Dick and Jane books and the Betty Crocker cookbooks. 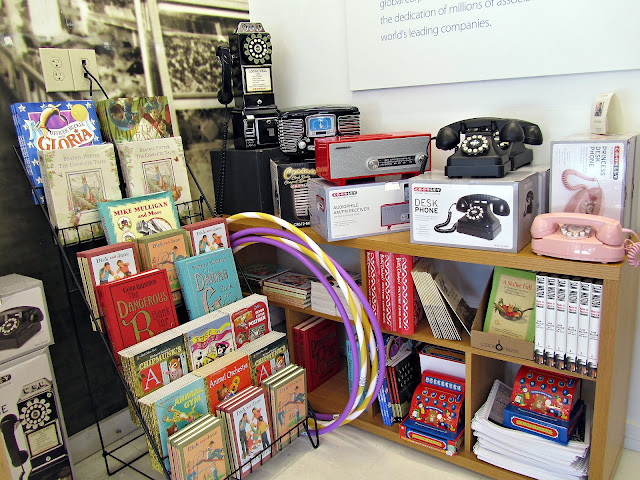 This Frigidaire refrigerator worked and had cold soda in period bottles inside just as you see sitting on top. 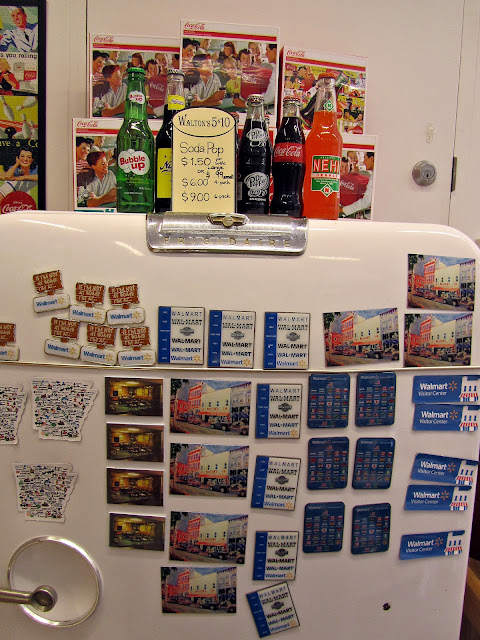 You walked through the small door in back to what once was the storage house and now serves as the museum to Sam Walton's vision.  A short video was playing in the adjoining theatre room. 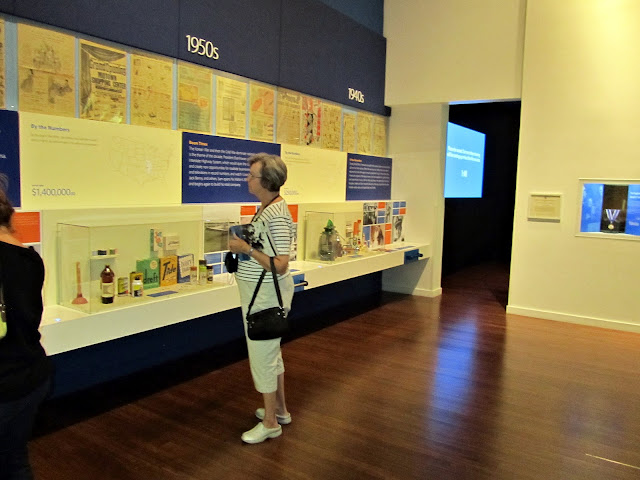 Although I didn't take the time to view it all, it was well done and impressive. 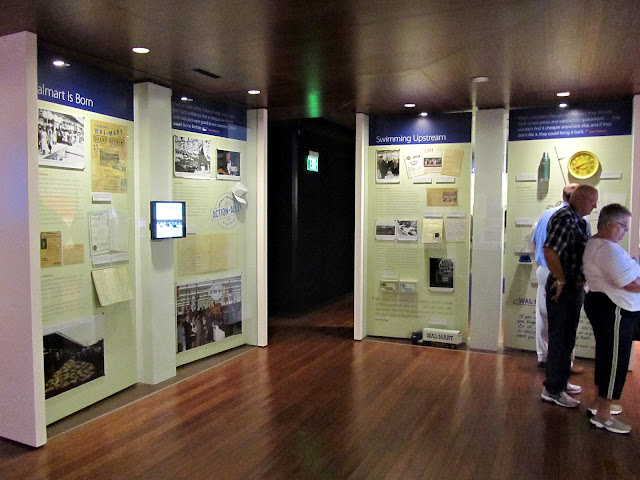 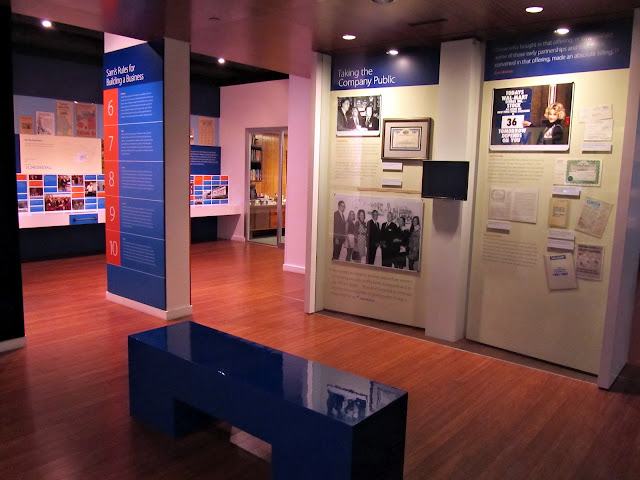 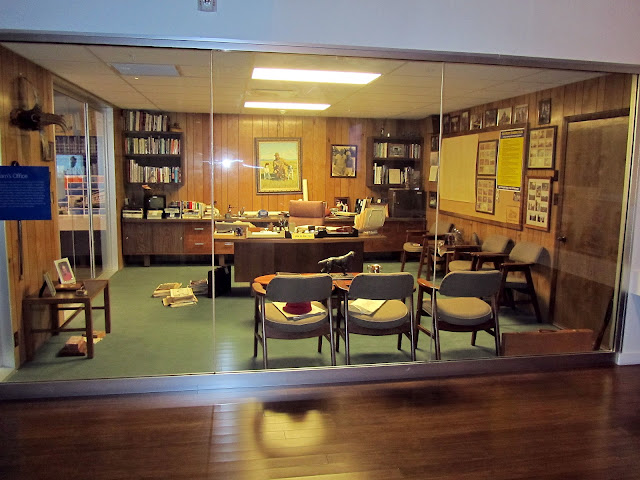 And they even had his old Ford truck on display.  So was his wife's wedding dress but I didn't get a photo of it.  No flash allowed in the museum. 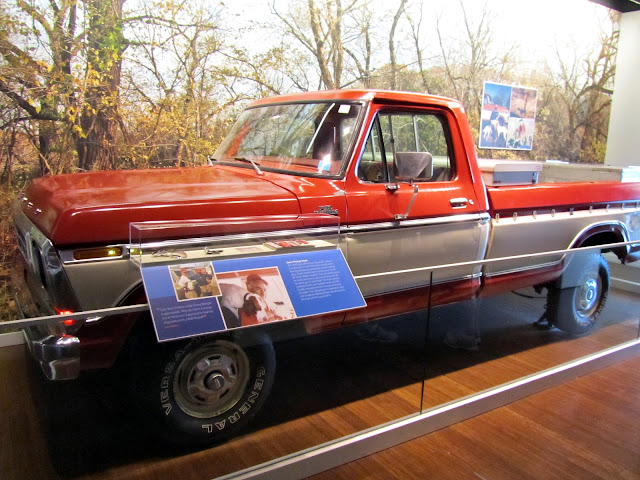 i can't help but admire the man for the empire he built from such humble beginnings.

I know there are people who condemn WalMart but I also have to admire the man who built up such a huge success! Very impressive!

Never would I have thought that Sam Walton started out with a five and dime. Was there a soda counter there? Am just curious. Loved seeing the old phones. I have a red one beside my bed. I call it my White House to Russia red phone....I pretend I am lying in my bed in the White House. Loved your post this week. genie

that would be so cool checking out the wares from way back then. I do remember the Pez dispensers, and the Etch-a-Sketch .....