Really, it was Toto, we're home - home! and after I did the other post from the Land of Oz, I later thought I should have substituted Sinbad's name.  So here he gets the billing.
Yes, we are now home.

We stopped at Stewart's Petrified Wood Shop outside of Holbrook, Arizona not for the petrified wood but for the photo ops there as the place was on my list.  As usual more times than I care to admit to, he was closed.  A woman there waiting said he was "Out to lunch".  After looking around the place I think he was in more ways than one. 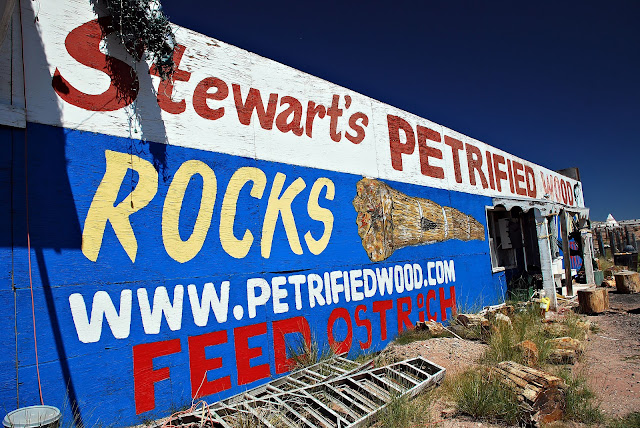 I did want to share with you some of the petrified wood he had for sale.  I've never seen specimens so large that they took up an entire pallet.  Yes, this is near the Petrified Forest National Park where gathering such items is illegal and carries a hefty fine.  But I came to learn that there are many places outside of the park boundaries where petrified wood can be found if you know where to go. 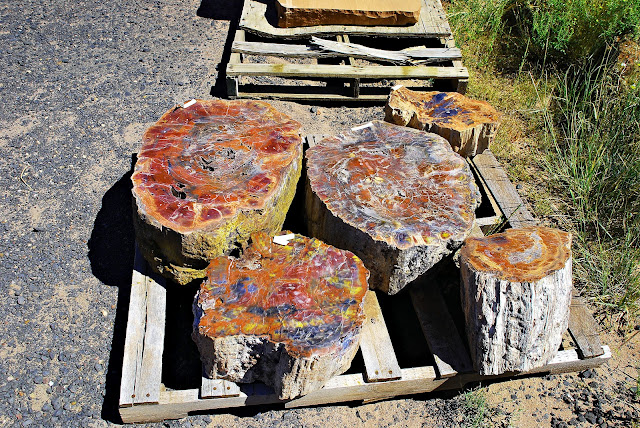 Here I sat my lens cap alongside for reference. 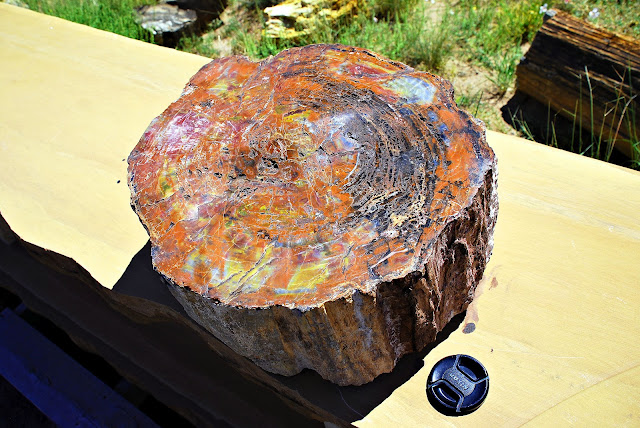 He had them priced with a piece of masking tape and the amount that had long since faded, and curled away in the hot Arizona sun.  You can see the bleached making tape in the first photo. This piece no doubt went for thousands.  Sometimes they are sold dollars per pound which may be the case with Stewart as a set of large scales sat nearby. 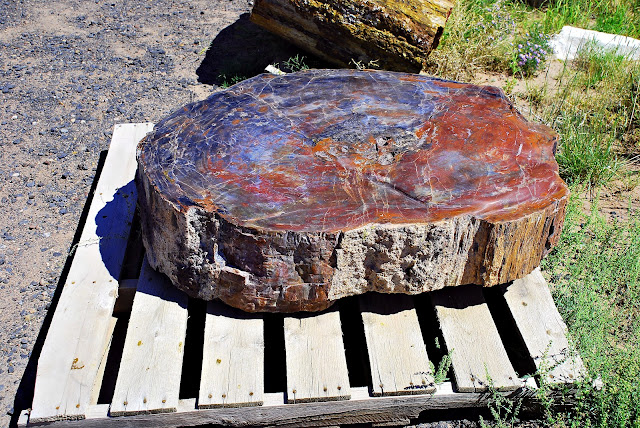 It is interesting,is it expensive? I must admit I took a little bark-piece from the ground once....

There are enterprising people everywhere...

hopefully he did not pilfer these pricey pieces from inside the protected petrified park. they'd make for a fascinating addition to a garden, but not at that cost.

I had no idea they could be so large!

I love this shop. You shot some beautiful pieces.

they are very lovely for petrified wood.