What I saw yesterday are stories just too big to tell now. They’ll have to wait once we return home. So here’s some roadside bits instead. 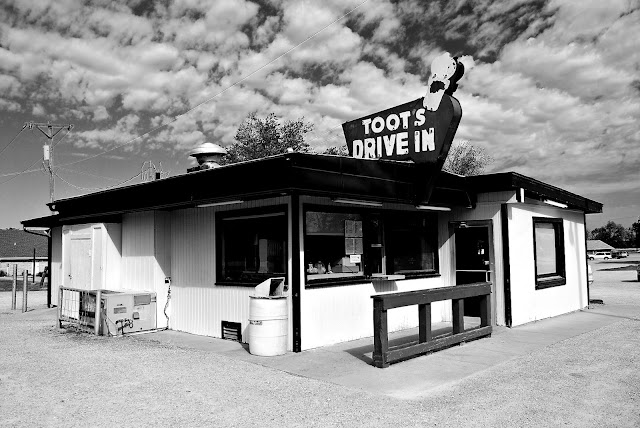 I stopped to photograph something else and then my eye caught the sign on this drive-in.  As I was taking a picture of the sign the guy comes out and starts talking with me.  He says if he’d get some business he’d restore the sign.  I said I liked it’s natural patina but he was referring to having the neon put back in.  Then he added “When my granddaughter first saw that, she thought it was a duck.”  I had to look at the cone a second time with the eyes of a child, and then saw the duck. 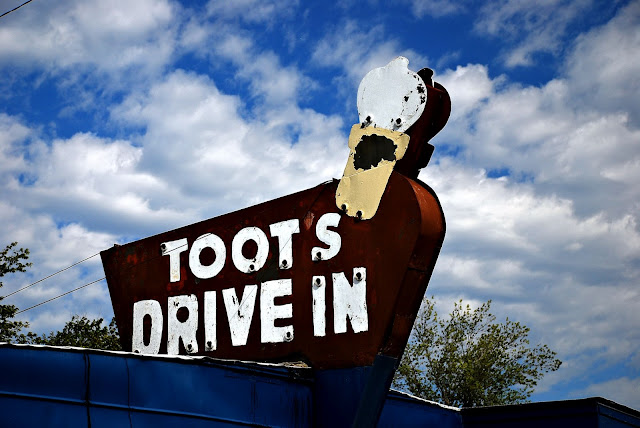 Tipton, Missouri
I have seen a lot of interesting water towers on this trip but so far, this one is the most unusual.
I wonder what the story behind the 8 ball is. 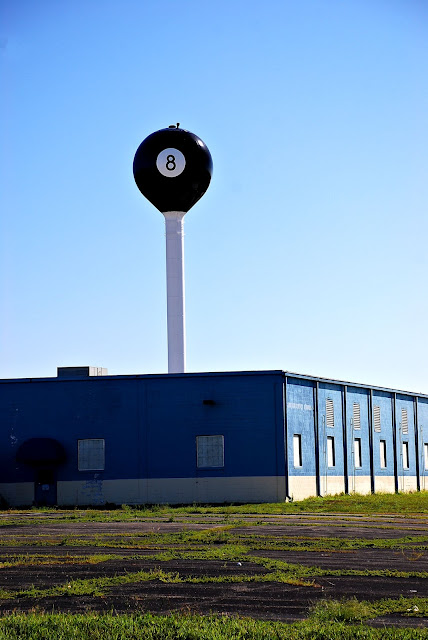 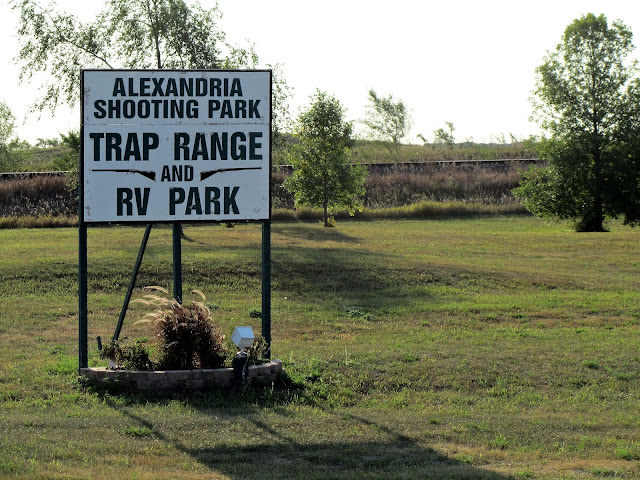 I’ve stayed at some strange places too.  This is just what it says and fortunately they were shooting away from me and at the Interstate.  I guess shotgun pellets don’t go a quarter of a mile away or those cars, motor homes and semi's would be riddled with pellet holes.  But the interesting thing about the RV park portion was it was arranged in very long rows with standing electrical boxes at each spot.  It looked as if camping at a drive-in theatre without the movie screen.  Only two campers were there including us.


Jamestown, North Dakota
Seen where they had some Buffalo in a pasture. 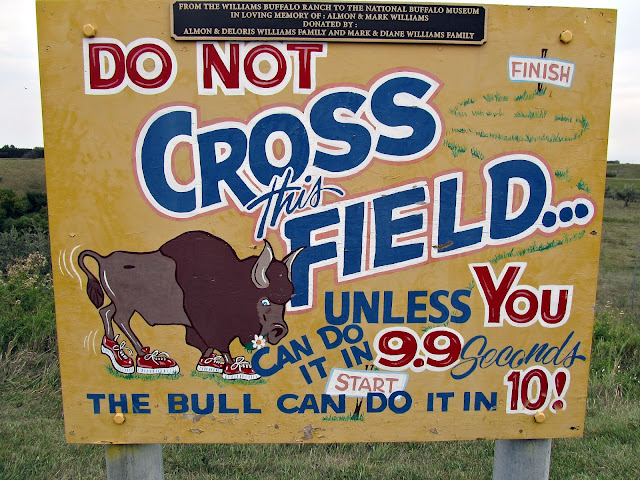 A Stop for Lunch 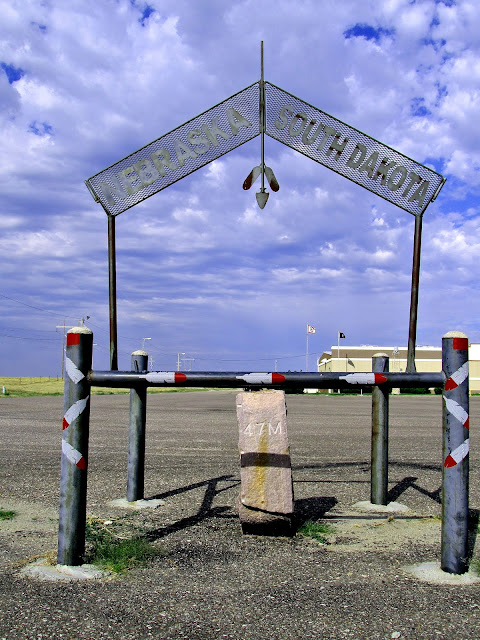 The building in the distance is an Indian Casino they built just inside of the borderline, allowing for set-back requirement it appears.  I ate in South Dakota.

Some ask questions and I try to answer them Interent connections permitting, but if your return address is noreply-comment@blogger.com, I cannot.  So just didn't want you to think I was ignoring you.
Thanks for taking an interest and asking anyway.

I will keep looking at the cone, but so far I haven't seen the duck. The RV park is, well hilarious. I can't wait until we hear the longer stories.

i saw the duck face! took me a second. too funny.

They all make me smile, esp the buffalo sign. How blessed you are to have the time to travel. Kiss Sinbad for me.

What an interesting assortment of things today, John! I saw the duck right away...you have to love the imagination of a child! Great stuff...

interesting photos and I really loved the bull sign