The first one in Chanute, Kansas, the Martin and Osa Johnson Safari Museum. 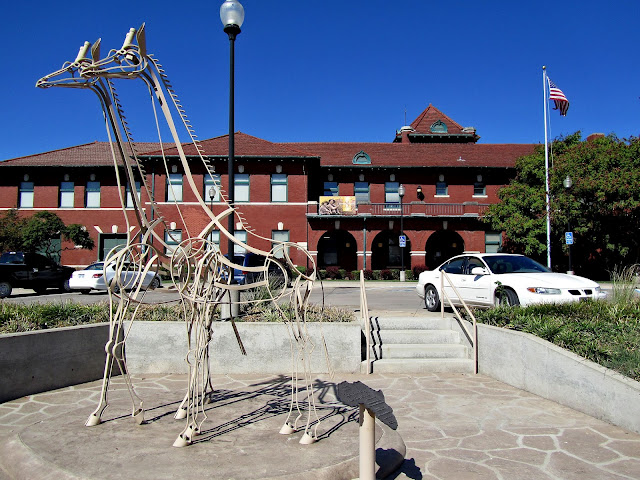 I have Osa Johnson’s book I Married Adventure and have wanted to see the museum ever since reading it long ago.  If you only read one of her books, this is the one to read for it covers their entire lives of adventure film making in the 1920’s.  They were pioneers in a genre we are all too familiar with today - nature/wildlife.  They were the first to film wild African game in their natural habitat.  Martin did the filming while Osa provided protection.  They didn’t have telephoto lenses in those days so they had to get pretty close to the wild animals.  Osa was a crack shot in the true Annie Oakley sense. 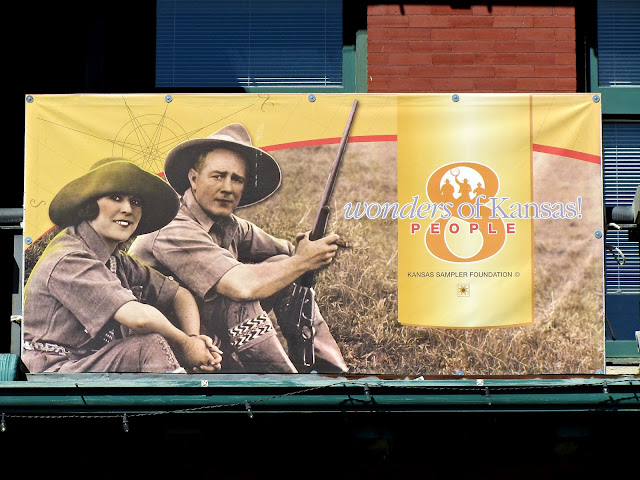 Imagine being a small town Kansas girl of 16, having your friend ask you to join her to see a vaudeville show in a town nearby, meeting this young man showing his silent film movies of his sea voyage with Jack London, then going back a second time to see the show and elope with this young man, not telling your parents until you are far away.  It changed her life forever, becoming world famous in their time.  But Martin’s untimely death in the late 30’s (another plane crash victim) then the outbreak of World War 2 pretty much pushed their names into obscurity.

Next was to the nearby very small town of Piqua (pop. 80), the birthplace of silent film star Buster Keaton.  His name is known worldwide and his notoriety has never died.  Yet the differences in the two museums were light years apart.  Here is the Buster Keaton Museum. 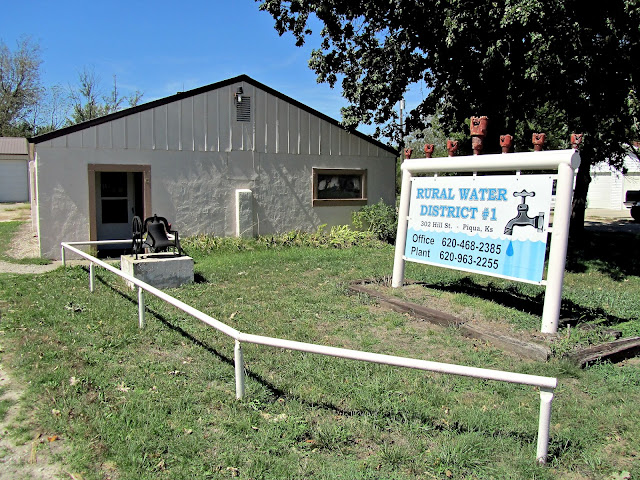 It shares space with the Rural Water District office.  The museum is in the front room off to the right half of the building.

It is a shame for Buster deserves a whole lot more.  It isn’t that that the little town of Piqua doesn’t care or isn’t trying.  They do all that they can.  It is just that no one hardly ever comes by.  Their museum was in disarray having just painted the walls and the two ladies who ran the water district were trying to put it all back together, in between accepting payments for water bills.  One lady came in to pay hers while I was there.  The fact is they have more pictures than they do wall space and were at a loss as to how they could display it all.  I suggested a partition wall down the center which would give a lot more hanging space.  She liked that idea and it could be done at little cost for them.  I think a person or two could still move around in the room. 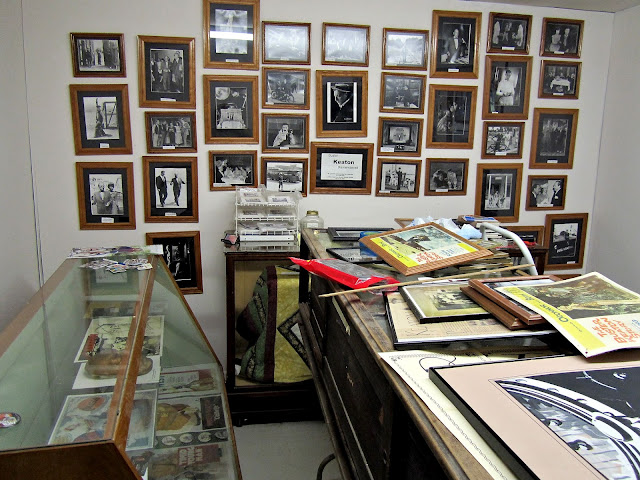 There is a yearly Buster Keaton festival (this year will be the 20th) in nearby Iola and it gets a large attendance.  People come from all over including other countries.  Yet only a dozen or so from this large gathering will make the short 7 mile trip to the museum.  Piqua needs to promote what they have.  I suggested some ideas – little business cards (I always pick up one as a memento at places I visit), some postcards to sell (they have abundance of material to work from) and maybe some pins or refrigerator magnets.  The only thing they had thought of was maybe t-shirts but I think they need to start small for they don’t have much if any money to work with.  They do the best that they can and bless their hearts for that.

And ladies if you are reading this, I never made it to Teeter Rock. The Chamber of Commerce in Eureka was closed.  I then stopped at the library.  The young lady who had been to the rock was just unsure as how to get me there.  Then the prospect of 20 miles of rough gravel road for just a photo or two, pretty much made my decision.

interesting differences in these two.

Boy! Do you get around. These two places sound like ones I would love to visit. That bill board of the first one is great. A fun post to read. genie

I love those giraffes!

When I hear 'safari' I alway think of that movie with John wayne, "Hatari !". Cool post on the subject : the museum must be very interesting to visit.

I've been to a museum or two like the Buster Keaton one, although I have to say that nobody had ever come in to pay a bill while I was there. Funny and sad at the same time.

Both museums I would love to visit. You picked out such interesting places. The first couple I have never heard of, but they must have had such an exciting life.
Poor Buster deserves a better place but the two ladies do their best. They only need a PR- assistant. Is there not a student available who can help there?

Boy, you and Sinbad are on the move. Nice shots.

Yet another fascinating episode in the travel journal! You do find the most interesting and unusual places! I am always amazed...

From your description, I have requested the book from Interlibrary Loan, as the Ottawa library does not have that one in the books.
I love the giraffe sculpture!
Will have to tell husband about the Buster Keaton museum. He is going through all the silent films, now...