You Can Never Go Back


Well you can, just don't have any expectations on any level.


I visited the little town of Tindall (pop. 65) 6 miles north of Trenton, Missouri.  Here is where my great-grandfather lived and ran a little grocery/hardware store.  His son, my uncle Bill lived in the town also.  The only redeeming factor of the visit was that the store building still stands.  It briefly changed to a furniture store but has since been locked up for decades. 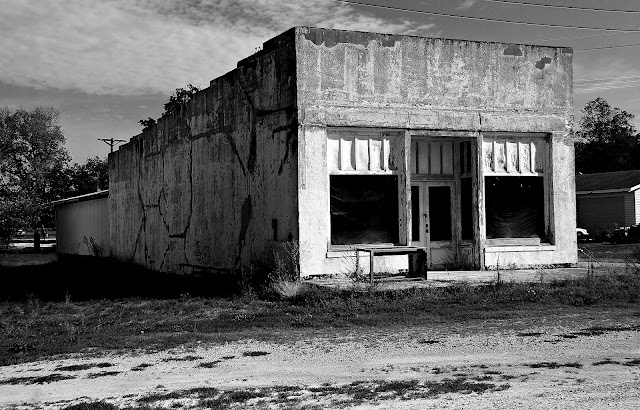 I wasn't to disappointed with the store but the town as a whole was deplorable.  Only one out of every ten little houses looked cared for by their owner.  More cars sat abandoned where they died, than there were cars functional.  What a depressing place to come home to.  Tindall is that place "across the tracks".


When I visited as a young lad (under ten years of age) we stayed in this house next door while the owner was away.  It was the first and only time I slept in a feather bed.  I remember too the owner had a photo hanging on the wall of someone lying in a casket.  I was fascinated by that picture even if I had to sleep directly under it.  Imagine a picture perfect pretty little white house, covered front porch with a white picket fence, this is it. 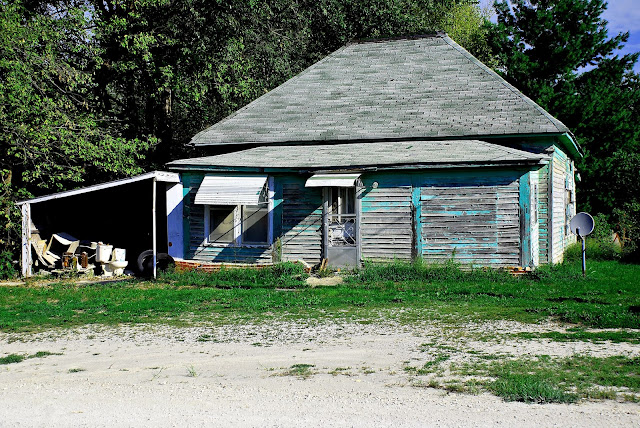 Across the road was my great-grandfather's home, a simple little farm house with an outhouse in back.  This place stands there now and bears no resemblance to it at all, believe me.  This very well was the finest home in Tindall.  I can only guess that the original house was torn down or burned and this new one was built on the same location.  And whoever built it has since moved on for whoever lives there now, doesn't care. 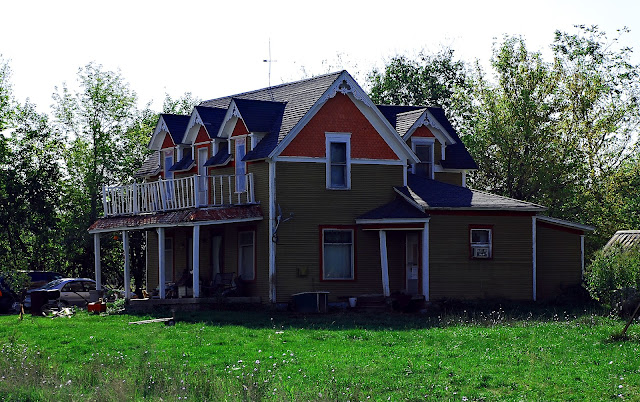 The town was dead.  I saw no one out and about that I could talk with.  Feeling fairly depressed, I was on my way out and planned to stop to take a photo of some trailer trash when I happened upon this sign leaning up against a building.  That is my Uncle Bill!  The sign was so worn and weather-beaten that I was unable to make out what kind of business he was running.  A house nearby had the front door open.  I went up and knocked.  No answer.  In Tindall you can go off and leave your home unlocked; doors open without a care.  Well, they have that going for them. 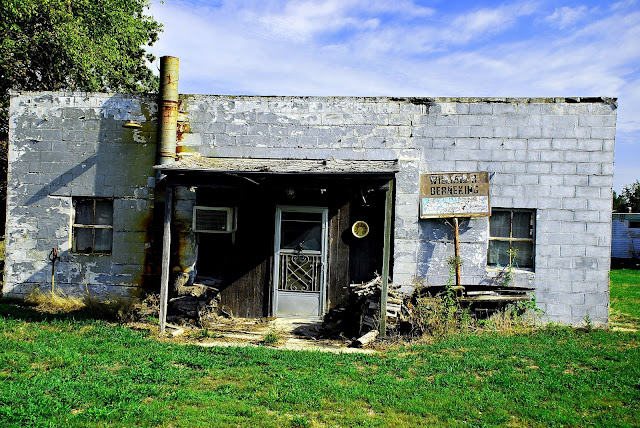 With my spirit lifted, the short trip to Tindall was now worth it. 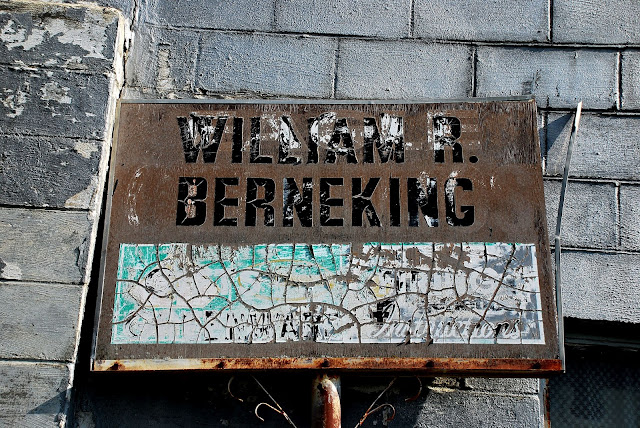 Well, while fixing the above photo I could now see "EAGLE CERAMICS" had been painted over his name.  While there I could make out "greenware" on the bottom left and "instructions" to the right.  With the photo fixed I can make out "firing" above it.  Inside the broken window on the side I could see 100's of small clay figures on shelves.  Now it makes sense.  Someone who had a ceramics business in this building painted over a sign my Uncle Bill had made for some reason, maybe at his home.


I hadn't planned on a post for today as Missouri's list of weird things to see isn't that big and the one I had for today I couldn't locate.  The State Park I am in tonight is the first one of the trip that does not have showers.  But it is also the first one that has Wi-fi and a strong signal too.  "Shall we give them a bath or Internet access?"  I can imagine the big decision makers in the State Capitol on that one.  So thanks to the legislators of Missouri, you get a post about my great-grandfather's little town of Tindall Missouri.

Great post. I believe anyone likes your blog. Check out mine Portion Control

A nice post with a trip to memory lane. It is depressing to see the place has so declined. Things are not going so well in US I am afraid. There are so many abandoned places I saw at televison here lately.

Every time I go through an area that has abandoned houses and buildings, I wonder what happened to the people. It would be especially depressing when the people belonged to your family...When I visit my home town, there are so many changes, it is hard to imagine what life was like there before... some of the same people are still there, but the country store my grandparents ran is now someone's house. And the house I grew up in looks so tiny, when my memory of it is that it was HUGE! Thanks for sharing your trip and your memories with us, John. It really is an interesting journey!

And you didn't steal the sign?? I might have. ;-) Sad about the town and very true that you can't go home with any expectations.

whose got time for a shower anyway when you're blogging away; great post John even though frought with some dissapointments

a shame to hear the town in such disrepair/neglect. but glad you saw the store and found your uncle's name on an old sign.

Unbelievable : a complete town dead... That's sad for your family history... You are so right : it's never a good idea to try to look back : Loth's wife can't forget it...

Sorry there's no showers there, but there are waaay down here in SeMo. =)

It's true. You can't go back and time doesn't stand still. Atleast you have held onto your memories.

I am going to try to go back this coming weekend while Buddy runs another half m in Asheville, NC. Over the 18 years, we lived in 5 different homes. I have been wanting to do a post of all of my old homes and felt this would be the last weekend I could pull it off. Your post really pulled at t he heartstrings. It was an emotional one for me to read and to see the jmages. All of the places had their own personalities..just not the people. You still have the memories which my Weekend Reflections makes reference to as well as my Shadow Shot Sunday. Thanks for the wonderful story. Your ending with wifi vs showers is just the best. genie

So what is better the wifi or the showers?

That really is the shame. I really like that first building.

This is an excellent post... really makes you think. You hate to see these small towns wither and die, especially when family memories are involved.

Did you ever find anyone to talk to?
I would have wanted that sign . . .
Sad it must have been to see the abandonment . . .