The first thing that struck me upon seeing the Dalton grave site was the really nice headstone they had.  I found out that it was years later Emmett had the headstone made for his brothers and Bill. 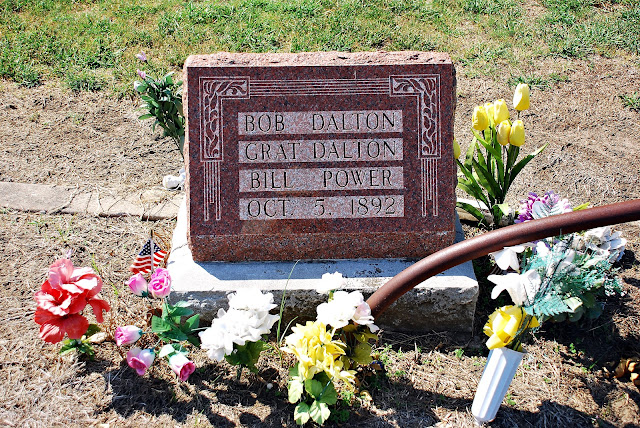 The next thing was What's with the bent iron pipe?
Somewhere I found out that this was what they had tied their horses to.  But if you remember the photo of yesterday from the museum, it said they tied their horses to the fence and the top board was broken from the horses pulling at it during all the gunfire.  Who's to say? 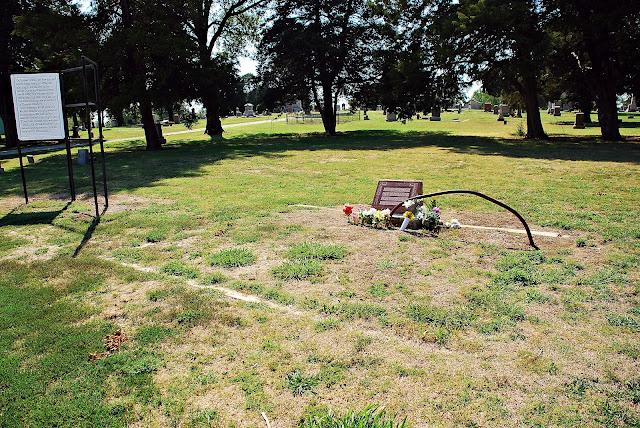 The sign to the left had only this one panel of the three remaining.  Hopefully the other two panels mentioned where citizens Cubine and Brown were buried for I had no idea where to look. 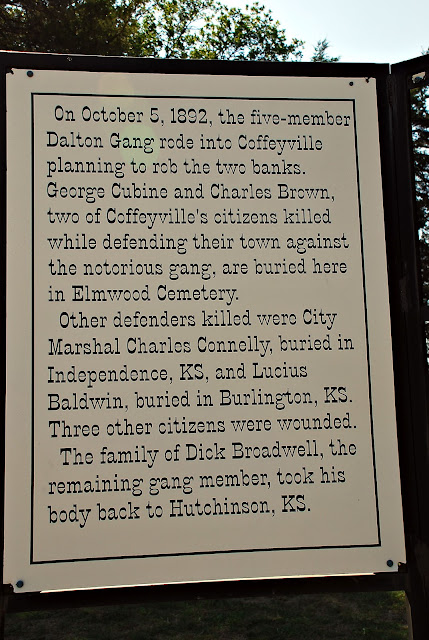 I am pretty sure this wasn't the Brown, but have you ever seen grave markers like these before? 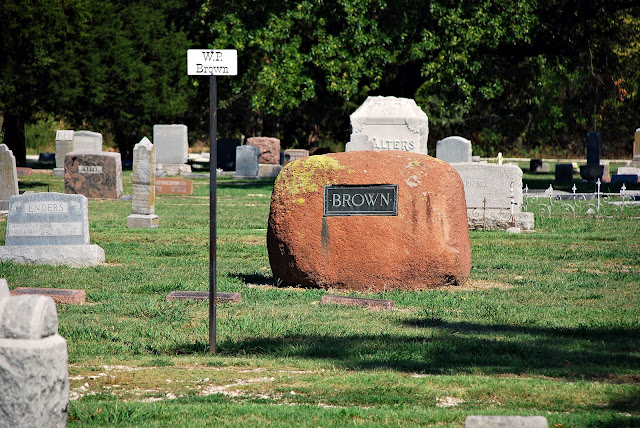 And then there were these two which I thought pretty neat looking.  Of course I had to think something silly like the family didn't have enough money for the carver to do the entire stone, but just enough to uncover the important part. 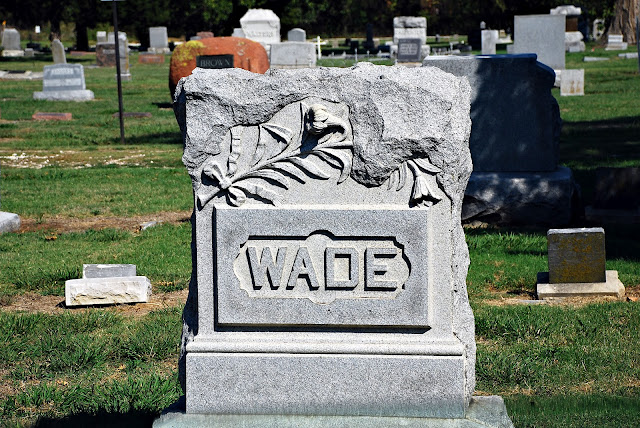 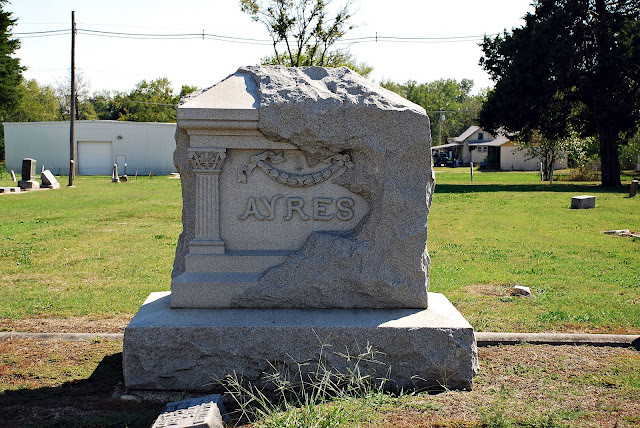 That is it for the Daltons and I hope you enjoyed it even though it was a bit lengthy.  The thing is I almost chose not to backtrack the miles east to Coffeyville, but was glad I did once I got into it.  Every year they do a reenactment of the event on the anniversary date, and yesterday I am sure there was a lot of noise and smoke, but at least no blood was spilled.  It probably woke up the museum lady.

There are some of those Grave stones which are really beautiful... I like the Big brown stone for the stone family, or the one that looks unfinished... Excellent pictures, thanks for sharing them !

i don't like the last 2 gravestones - just my personal preference, but they look kinda creepy - like fungus is overtaking them. :) i DO sort of like that big orange rock one, though.

the bent pipe is very interesting. a mystery.

Cool history lesson. I love cemeteries and the history they hold.

I shall have to cast my vote in favour of the two unfinished gravestones - I like the contrast between the carved and the rock.