Howard is located pretty much in the center of Kansas.  Named after a Union Army general of the Civil War it has a population just under 700, one of whom is Mr. Hubble who created this menagerie from farm equipment and junk.  It sets right off the side of Hwy 99, so there's no missing it, not that if you did you would miss much.  The redeeming part of this stop was Toot's Drive-in which was not even on my list nor connected with Hubble's Rubble. Toot's was on the opposite corner.  Click here to see Toot's.  A turned under cornfield stood across the highway behind me.

5 accidents so far this ? 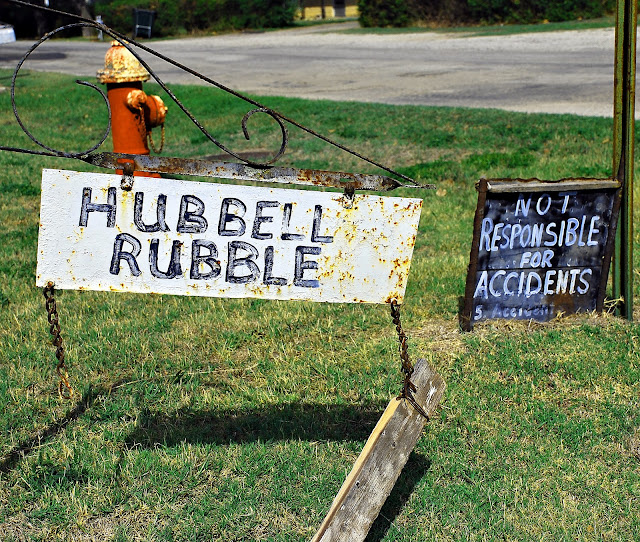 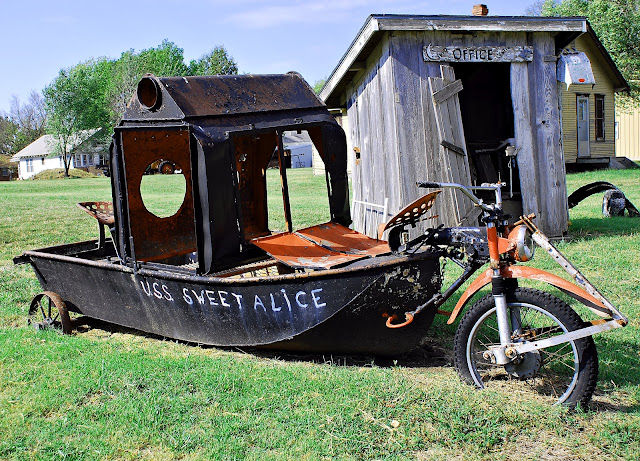 A peek into his office, some yellowed newspaper clippings about his "art", a sign-in registry, a gallon paint bucket for donations, a tractor seat to sit on (also a non-functioning toilet) and nothing much else. 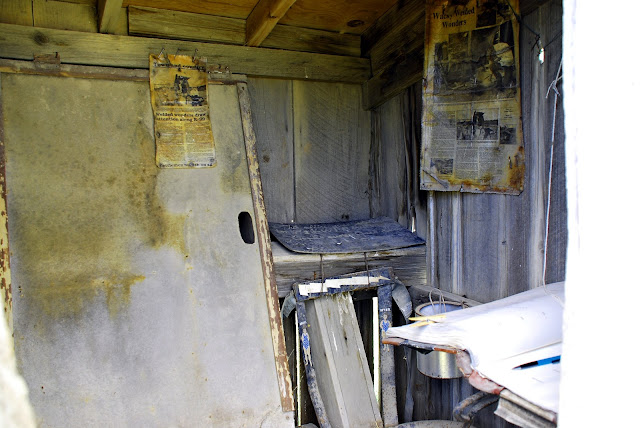 I do like the large door hinges for wings 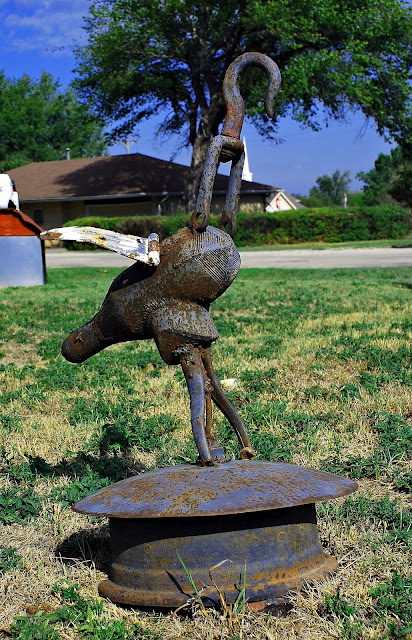 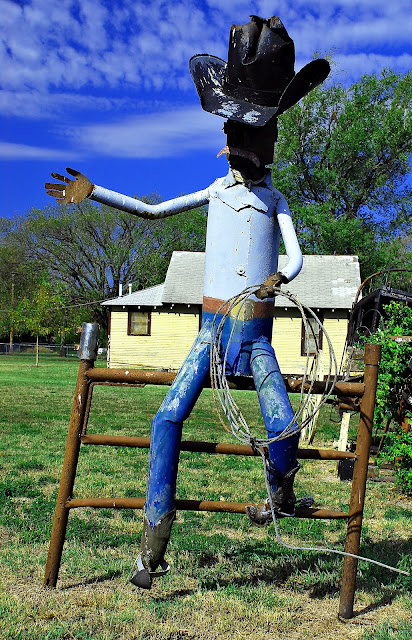 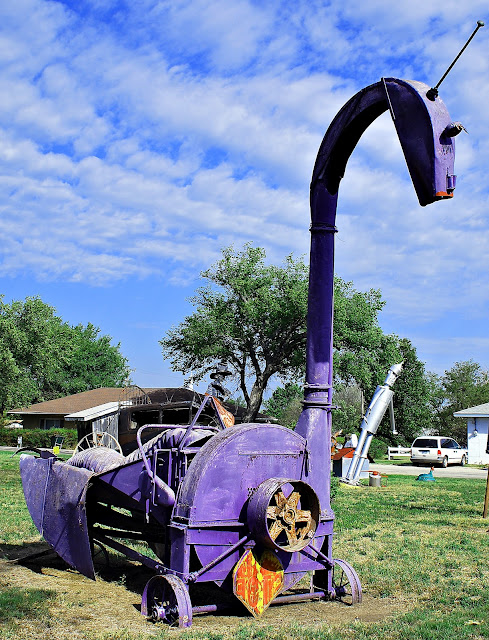 Some required an exercise with your imagination 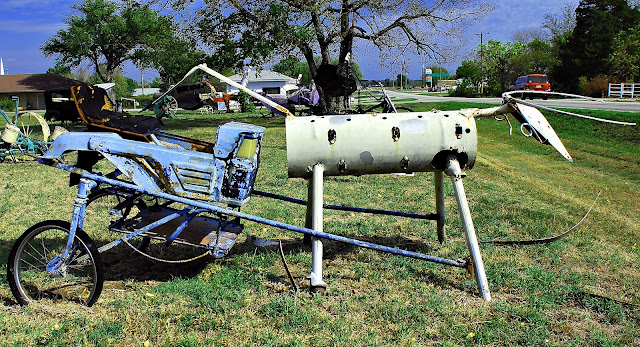 That is suppose to be Batman 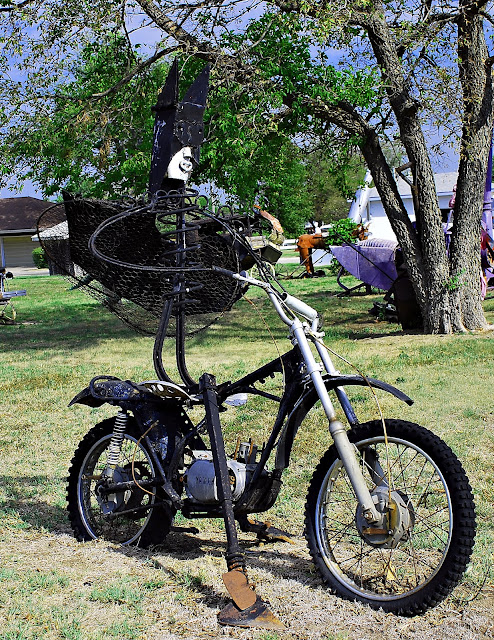 I don't know here.  Your guess is better than mine. 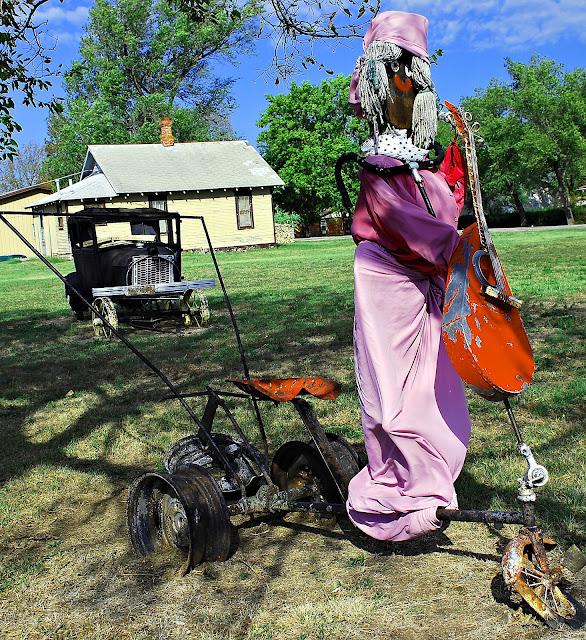 I'll subject show you more in a couple of days.
A special post coming tomorrow.