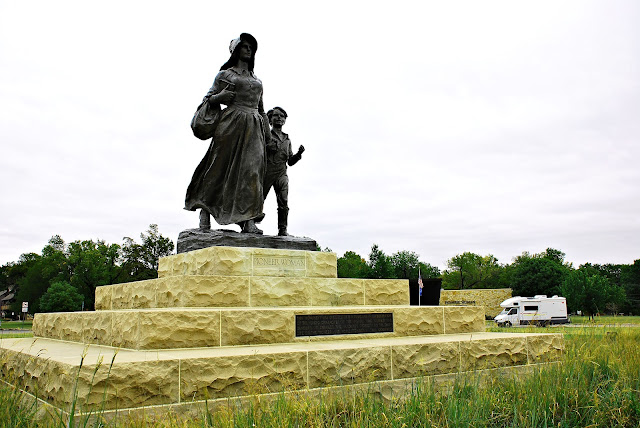 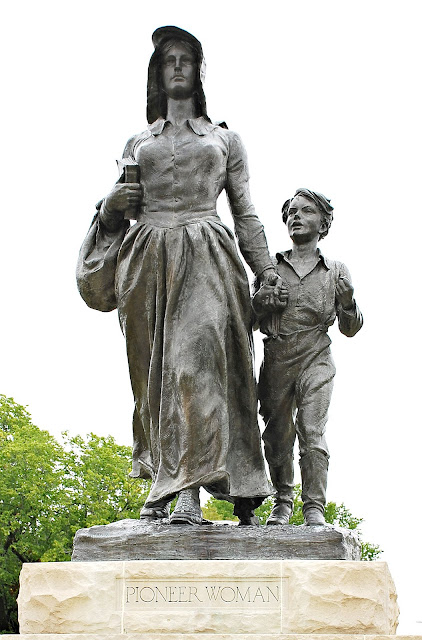 Knowing about'Pioneer Woman' the first time! Thank you for the post.

..obviously the book is precious; I wonder what was the special book title of the day, or if it was the family bible? A lovely stately statue, and I bet Sinbad enjoyed curling up in the Little House while you explored the museum. What an interesting life you two lead.

I guess "pioneer" is subject to interpretation! It is still a cool statue - and you did get an education of sorts from the museum!

I've always had an interest in the "pioneer" time as well.

The statue would have made me misinterpret what the museum was all about too.

Yes, I think many pioneer women had very hard lives. I suspect many of them died very young.

yeah, pioneering women can be taken lots of ways. :)

You and Sinbad are just having way TOO much fun.
By the way, my old high-school buddy isn't a blogger but he LOVES your blog. So do I... That makes it unanimous!

There are all sorts of pioneers. My mother had great respect for her pioneer grandmother who came across the plains to Iowa in a covered wagon.
I would be equally interested in the other pioneers.

I like the statue, it is very neat made indeed.

Good sculpture, reminded me of some paintings by Harvey Dunn that found their way onto my my computer screen recently - even if the museum cover other kinds of pioneers.

It is indeed huge! Nice to see your photo's and read about it.