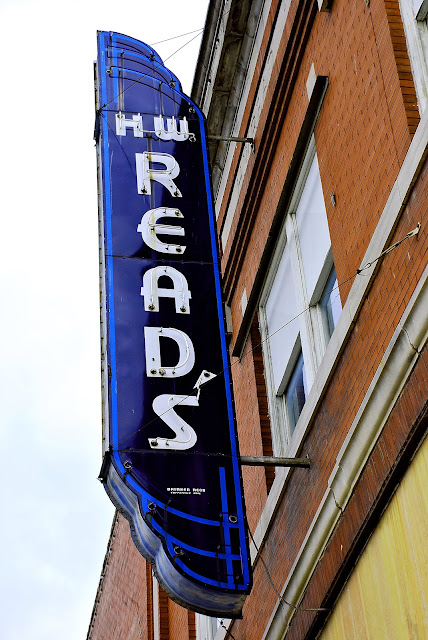 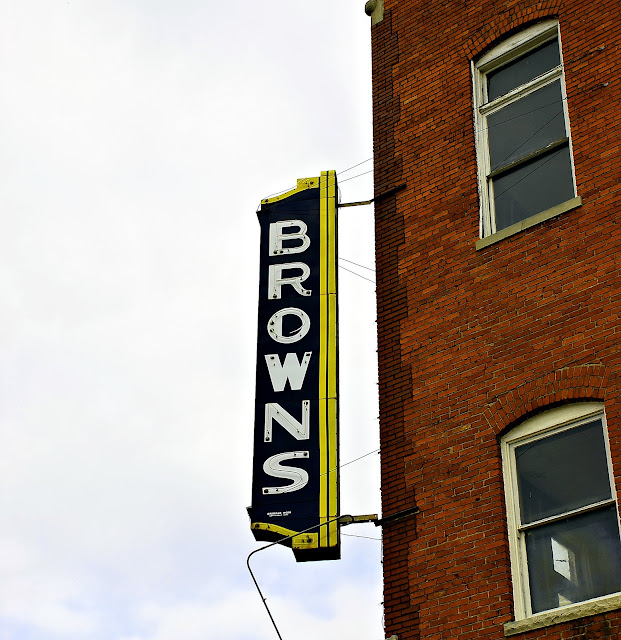 These two signs are from the downtown district in Coffeyville, Kansas.  They have such great style to them.  For the most part all the downtown business district were brick buildings and most appeared to be vacant.  The entire area was clean and it seemed in the beginning stages of a redevelopment program.  A few businesses were struggling to make a go of it, starting anew, another was moving in but I saw little traffic and hardly any people about.  Hopefully the economy gets better as downtown Coffeyville could be a happening place.  There was a Brown Mansion in town, and W.P. Brown was a turn of the century business tycoon so this building may have been tied to him.  H.W. Read may have been his competitor.