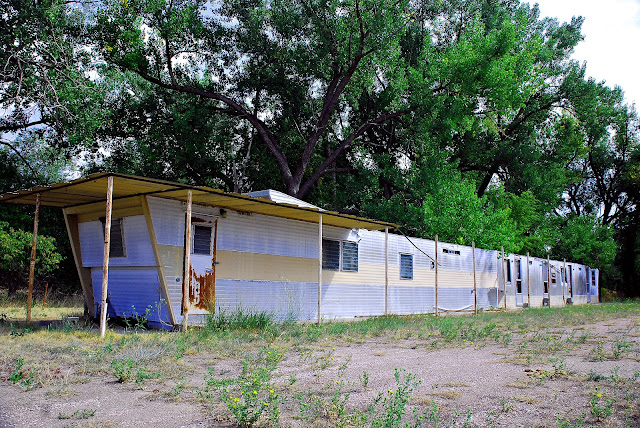 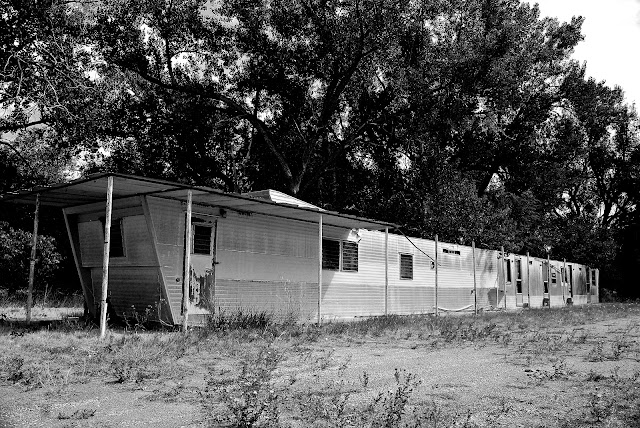 It looks a bit weird for sure, but somebody has been very creative ha,ha.

The trailer motel was the first thing I thought of when I saw this.

we have a few in our area that have been conjoined. most of the time, though, they go off to the sides, making Ls or other shapes out of several mobiles.

I'm with you and everybody else on this. It does look like a motel with all those doors. Cool find.

The art of improvisation! ;-)

--begin quote--
looks like a mobile home motel in a strange sort of way
--end quote--
My imagination is running wild...

That's a long trailer! Regarding your question on my blog, no I have never taking a balloon ride. I would try it though.

what I find the most interesting about this is that it appears to be sitting directly on the ground. what? happy day to you and Sinbad.

I instantly thought trailer motel too!

Thanks for finding my Hawaii blog. I'm hooked on yours immediately!