Seen at my local flea market. 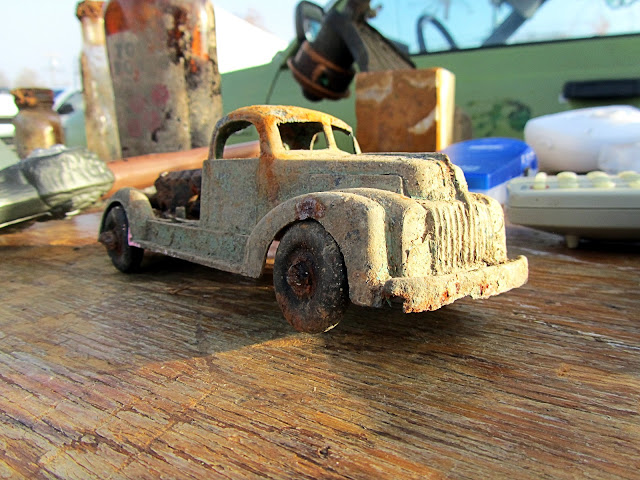 I talked with the guy and he said he was digging in his backyard and discovered this about two and a half feet down along with the liquor bottles in the background.  Long ago someone had a trash pit behind the house and tossed in a little boy's broken toy truck in along with the empty booze bottles.

He thought it was cool looking and so did I.
By the time we were done talking I think he had changed his mind on selling it and decided to keep it after I suggested setting it on the mantle or in a bookcase.
He wasn't married so that was a viable option. 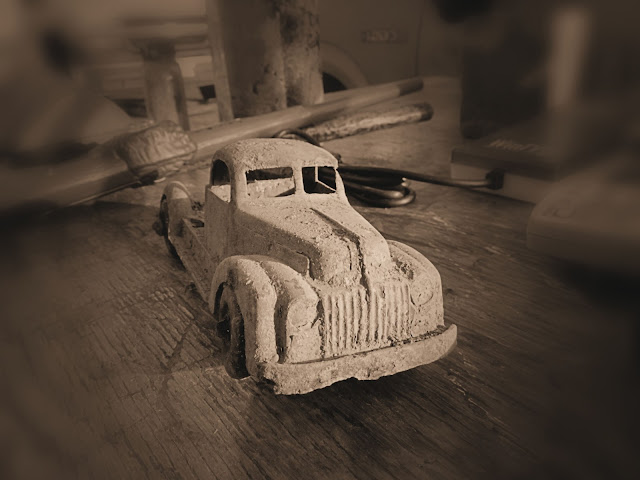 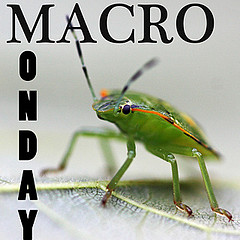 and The Weekly Top Shot

ha ha. i like how you threw in that he was unmarried. :)

i think it's pretty cool, too.

I don't know what I love more - your pictures or the story!

TexWisGirl got the comment in before me - made me laugh!

I like old things, but this one looks a bit dirty to me.

I thought it was made of sand when I first saw it. Cool pictures.

it's indeed a little treasure. :)

What a trophy of a find. Nice one John

Loved the 'unmarried' comment really made me laugh as it is so true.

Gorgeous macro! Thanks for sharing!

Love that macro shot...not that I don't like the others.

That is a cool little truck!

With the colours and the textures this turned out to be and excellent photo.

Married or not, that IS a cool find & I wouldn't mind it sitting on my mantel... it needs a bath, but other than that, it's good to go! =)

Now, this is a real treasure. I would have loved to have dug it up in my yard. We are always finding old bottles but that is about all. Love your treatment and processing of these shots. genie

LOVE this! I grew up on an old homestead and they threw their 'trash' over the hillside. I found many bottles there, an old Model T and a porcelain baby doll (about 6" tall) without limbs. The body was perfect, I still have it over 50 years later... Thank you for sharing on Weekly Top Shot #59!