I was walking along a well used trail not far off from the road in Yosemite Valley when all of a sudden someones dog walked out from the brush in front of me. 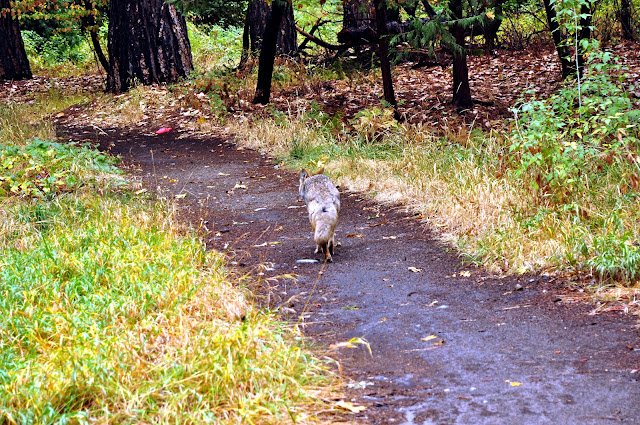 Yes, dog was my first thought for I never imagined a coyote to be so calm about walking out in front of me then continuing on the trail at a leisurely pace. 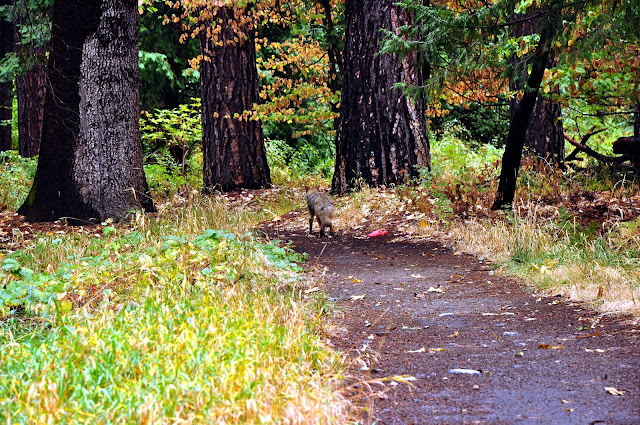 Picture, yes, take a picture. You have a camera in your hand idiot!  In a mild case of coyote fever I fumbled about with the camera and was able to get a few photos. 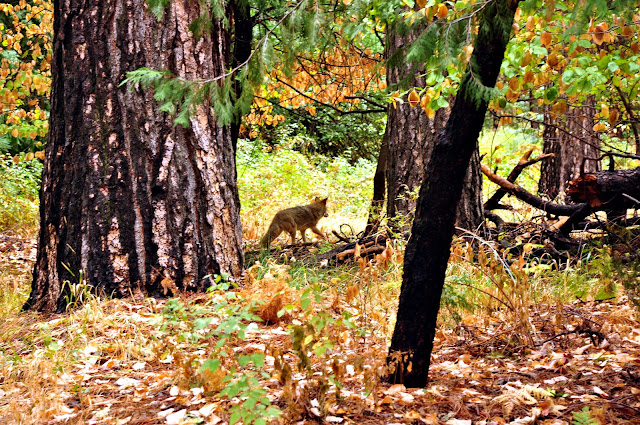 I began to stalk him through the brush hoping to get closer but he easily wandered through it all while I bumbled about breaking twigs, branches, stumbling over roots and rocks.  I gave up rather quickly. 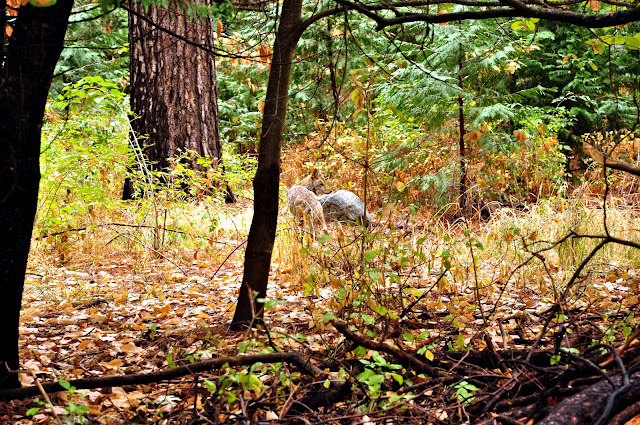 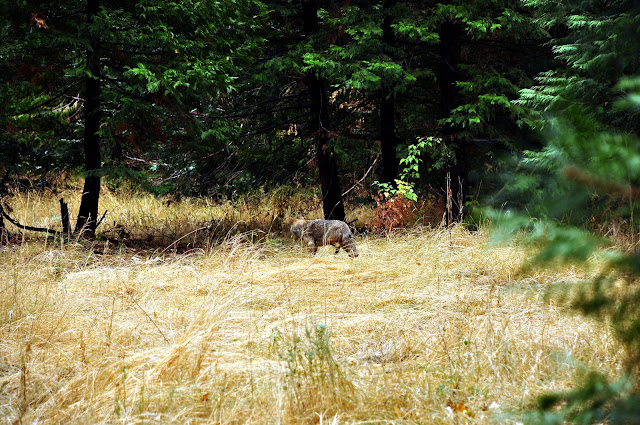 and he was gone. 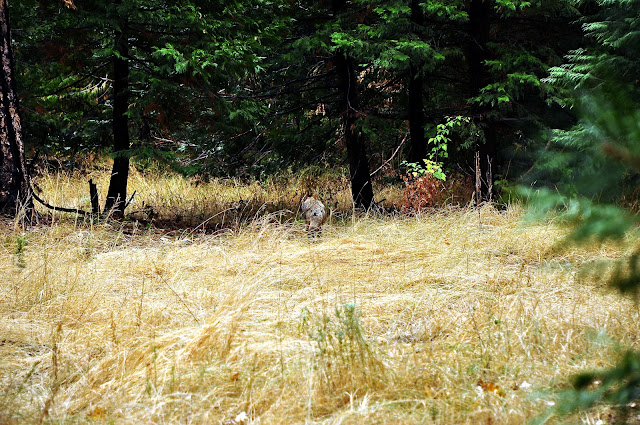 I was pleased with my pure dumb luck of an encounter then began to feel bad about the two young women behind me.  They were European, only one spoke English and they were wandering about aimlessly not knowing where to go or what to see.  I figured they were just here for the day as they didn't have much with them - no food or bottles of water, and had parked their car a mile or so back at the village.  I had gave them a map and suggested Happy Isles where they would pass Camp Curry along the way.  Up to that point they had been in front of me but once we talked they fell back.  If only they had stayed with me a few yards further, they too would have seen the coyote and be thrilled at seeing the "wild animal" that they told me they were wishing for.  But then again, they may have just thought it someones dog.

What a wonderful encounter John and at least you managed to record the moment.

a surprise encounter indeed; just make your day don't they?! You were in the right place at the right time and you got pics for us! Thanks John.

What an excellent sighting - we get the occasional fox sighting over here but they're mainly nocturnal on off as soon as they think you've seen them (sometimes sooner).
Maybe you're coyote has just broken onto somebody's tent and scoffed their stash of "herbal help". You didn't spot him having a good laugh at a falling leaf? He's probably away to find some food.

Wow, I would have been so excited I probably would have dropped my camera.

Maybe, if the ladies had stayed with you a little longer, you wouldn't have seen the coyote (because of the noise). Lucky you. ;-)
Have a good weekend John!

We have been having coyotes living in the ravines in the middle of the city and sometimes raiding backyards for cats & small dogs. Not a happy time for people.

I am surprised he came out in front of you.

Yup, they do look a lot like dogs, although I prefer to stay away from them in winter!