You walk in the two front doors and to the left check your hat and coat.  Do they do that anywhere these days?  Wow, just like in the movies from the 40's and 50's.  Check out that woodwork.  It was like that throughout the ballroom. 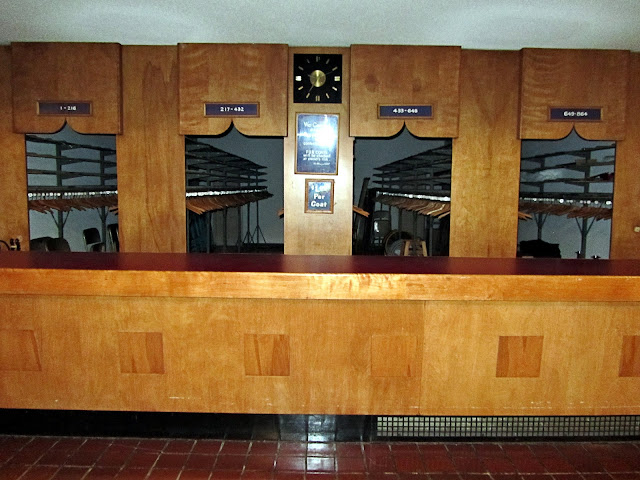 Is this not cool?
I was taking photos in a huge dark ballroom when the lady in the office came out and noticed my trying to take a self portrait standing on the stage.  Despite me saying she didn't have to, she turned on all the lights, pulled back the curtains and more just for me.
Notice the disco ball overhead. 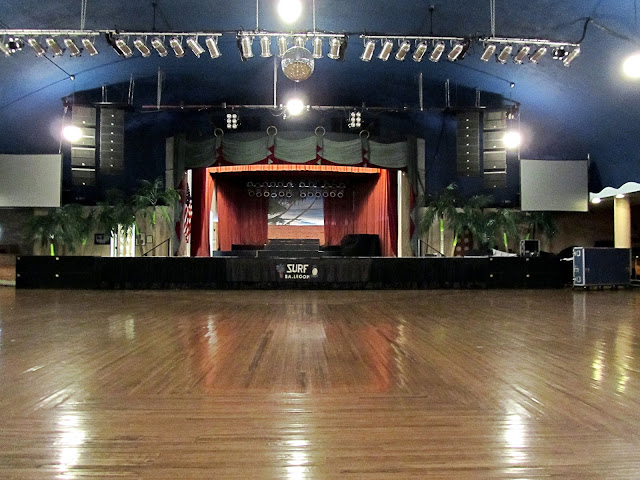 We'll pan around.
Think of the sound in this building. 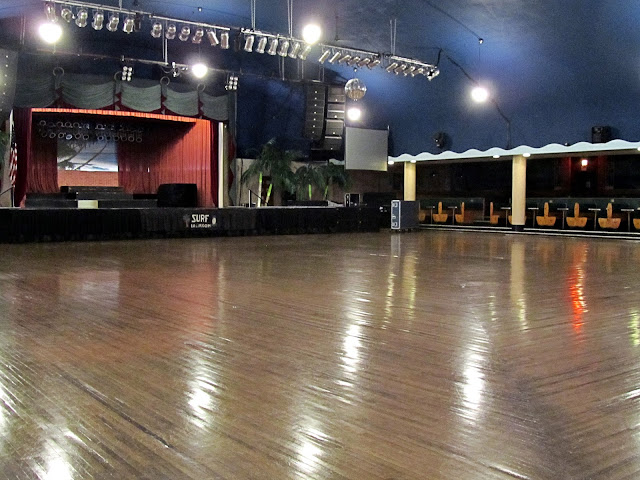 The view from the stage.
The joint gets rockin' for sure. 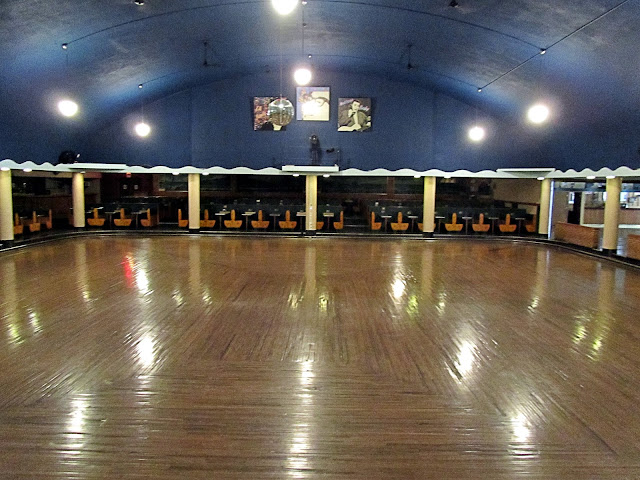 Oh the stories this ballroom could tell. 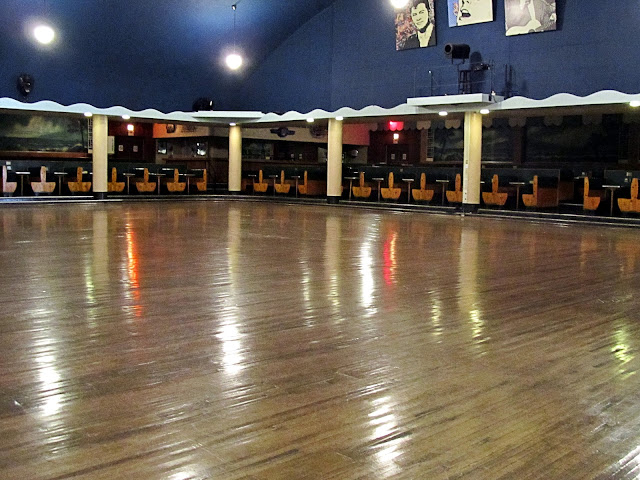 She told me back in 1959 the stage was smaller.  The portion forward of the light colored wood is all expanded stage years later. 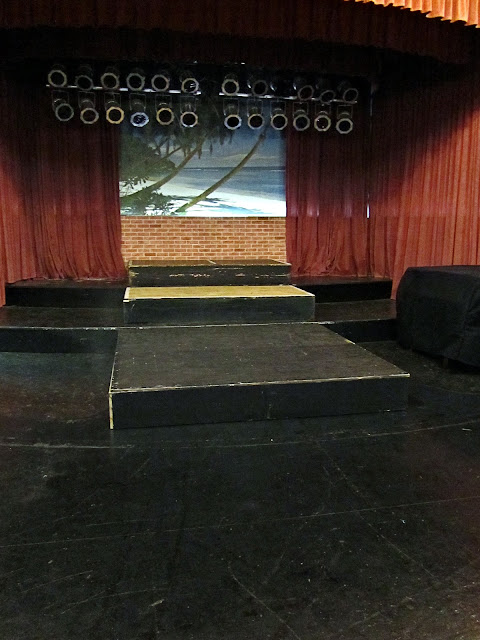 Imagine of all the people having a grand time, 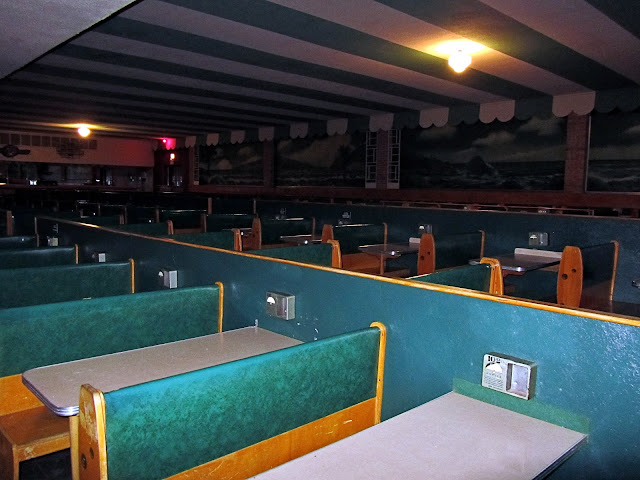 getting up to dance and coming back to their table.
Boys asking girls to dance, girls wishing they'd be asked. 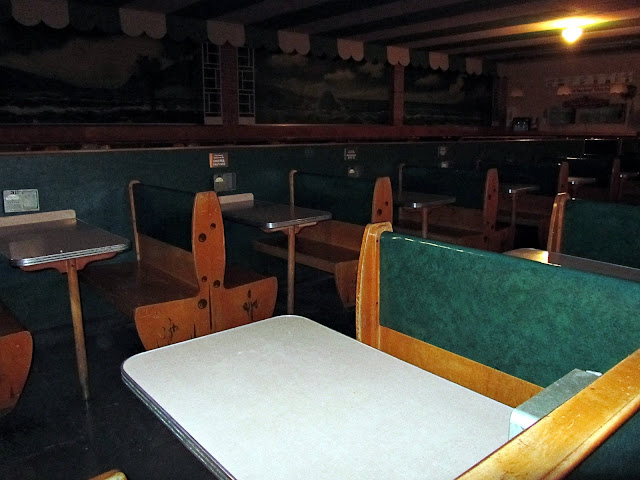 Just imagine. Can you?
Ah I was livin' it while in there! 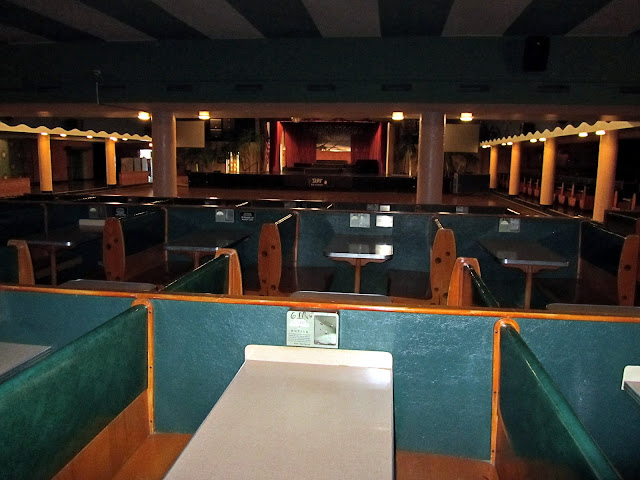 Every booth had this detailwork, plus all those nicks and scratches from years and years of entertainment...priceless! 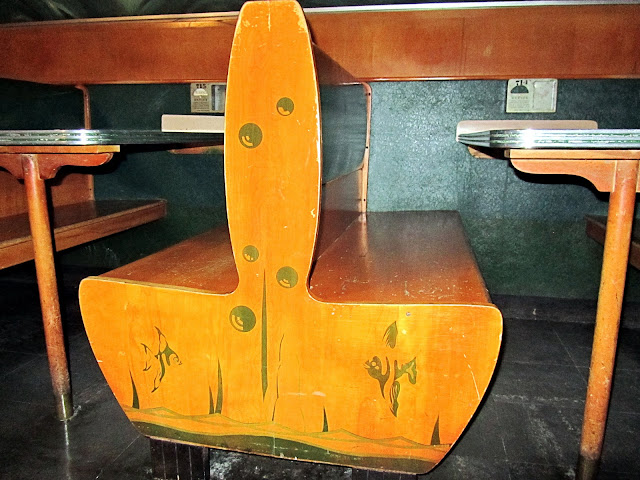 Here's the gooberish photo she took of me which I used for the blog post while on the road back in September.  At the time I thought I was standing where Buddy Holly once stood but learned afterwards about the stage enlargement.  I felt silly asking her to do it all over again so I could be on the old portion so I left with this and the ghost of Buddy telling me to get out of the way! 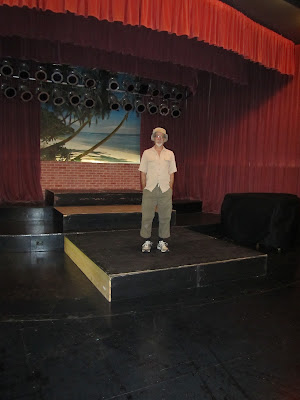 Tomorrow we will visit the crash site.