My going to Clear Lake Iowa was merely to visit the crash site where Buddy Holly, Richie Valens and J.P. "The Big Bopper" Richardson lost their lives on the night of February 3, 1959.  We camped outside of town and coming into town the next morning I made a wrong turn and by chance passed the Surf Ballroom which I recalled in my research was where they played their last show.  What the heck?  I parked, took some pictures and discovered the front door was open.  I walked in to what would be one of the top highlights of my trip. 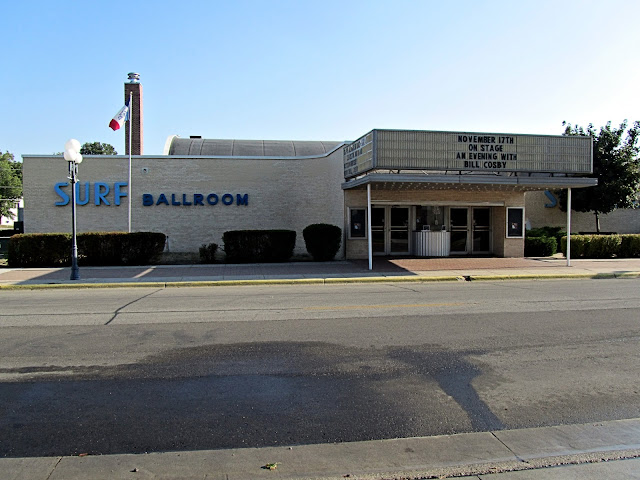 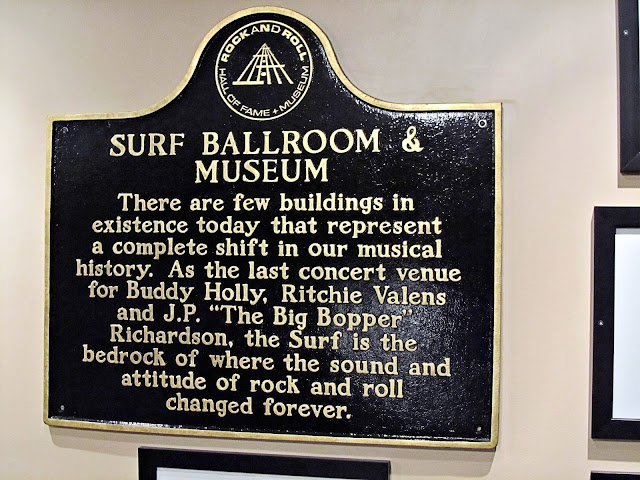 The ballroom is a still functioning venue for performers to this day.  A portion of the inside was devoted to that fateful night.  Incidentally, I was the only one there except for the few who were working that day.
A minimal early rock and roll gift shop with quality merchandise, not a bunch of cheesy junk.  I bought a postcard to paste up inside the Little House on the Highway. 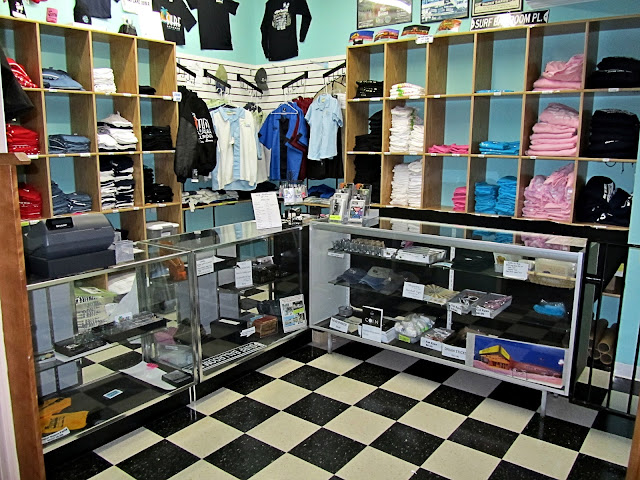 The original poster which is what my postcard looks like. 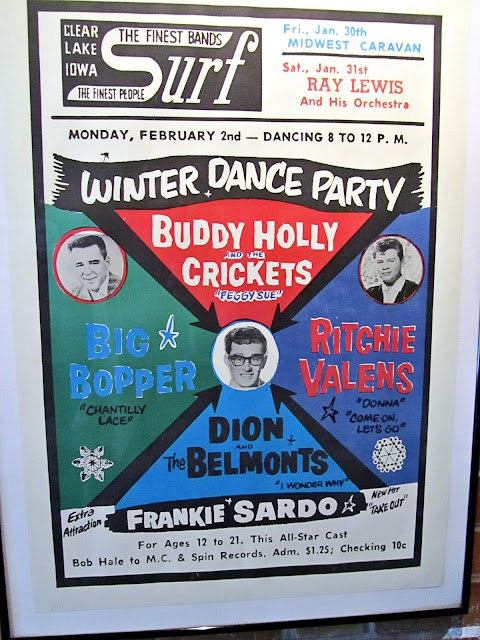 These photos will be all askew as I was trying to eliminate light glare. 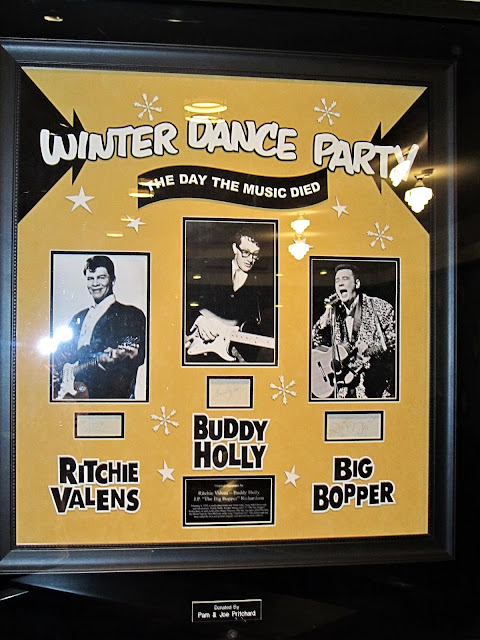 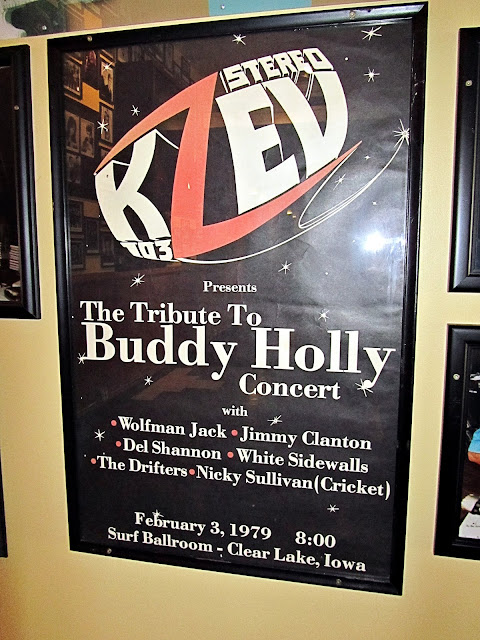 A very good write-up as to what took place during the tour and that night.
The next one down is easier to read. 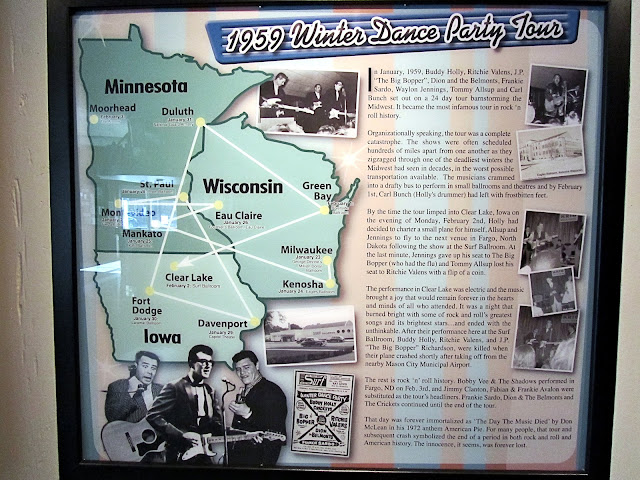 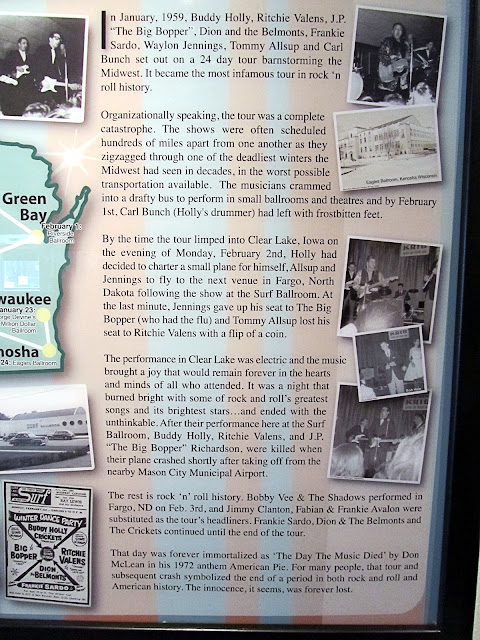 I read elsewhere how Waylon Jennings jokingly said to J.P. "Big Bopper" as he left for the plane "I hope your plane crashes".  He was utterly devastated afterwards and lived with tremendous guilt many years on.

It was sad to read about each one and the family and wives left behind.
Such talented individuals to die way too early in their lives. 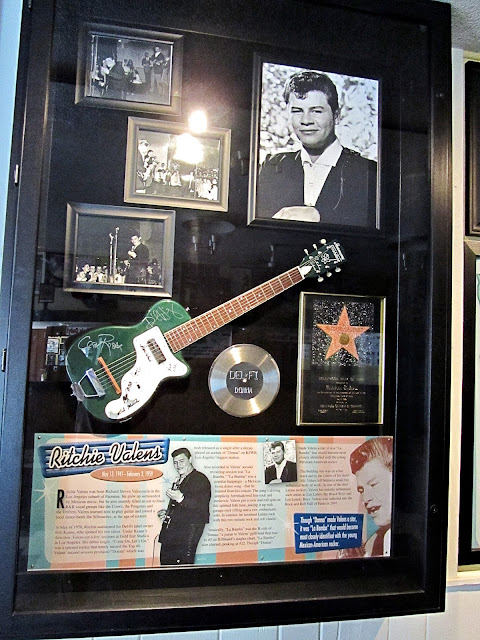 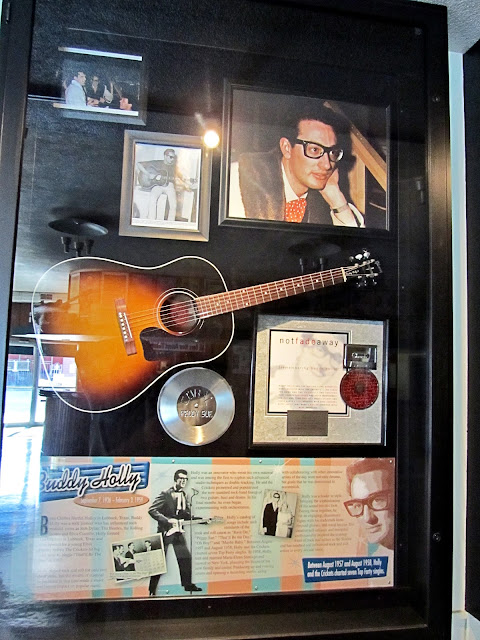 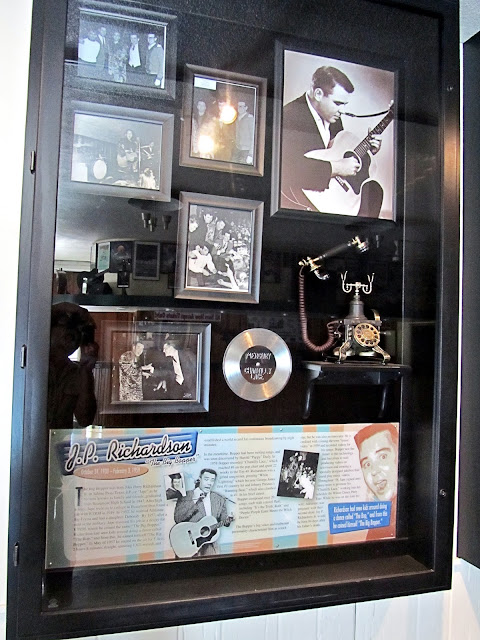 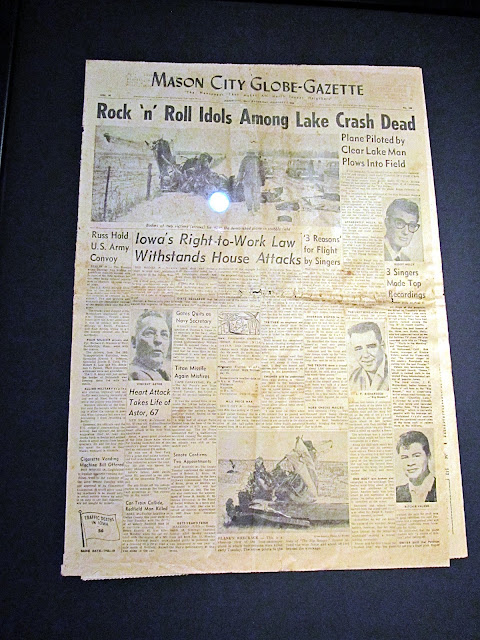 Tomorrow I will take you on a tour of the ballroom itself.

Wow. I have just read through your blog twice. I have always loved their music and the loss of their lives was such devastating news. It was interesting to see the name of Del Shannon on the tribute concert poster as he was my late brother's favourite. Loving your posts and following your journey with great interest.

This is such a nice post and so special you visited the ballroom. I have seen a documentary once about Buddy and his death. He was so talented, such a shame he couldn't go on with it. The change of places in the plane is so sad, how fate can hit people for the rest of their lives.

What a cool place. I'm looking forward to seeing the inside. Iowa is sort of known for these old ballrooms and many are still in use though I don't think any as famous as this one! some great rock n roll history here. happy day to you and orange fur ball.

I had heard that about Waylon Jennings but wasn't sure it was true. Wow, that would haunt me too.

This Iowan says "great post"! I'm looking forward to the next one, too.

it's almost remarkable that that venue remains open and operational so many years later...

What a cool place to visit.