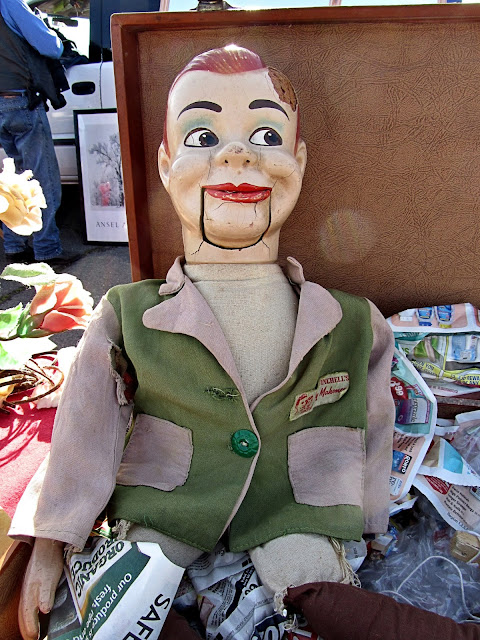 Those dolls are used by ventriloquists aren't they? You could have had fun by talking to him. They wanted you to give some company as an only child.

too many scary movies, for sure...

That is a blast from the past. @ beds so you could have a friend to sleep over?

Very creepy!
I don't think I'd sleep well if we were in the same bedroom! ;-)

These scared me as a kid.

tried commenting on this post earlier today with no success. I found these things a bit spooky too; a little akin to clowns! Hi-five, we both share the 'only' tag

I bet he would be worth money if you had him now!

Us only children grow up with such a rich imagination though, right? I used to dress my dog's puppies up in my doll clothes when I was 9 years old. Those poor things!

I agree. I do not care for masks, either.

Whenever I see these, I think of the Twilight Zone episode with the ventriloquist. I think it starred Cliff Robertson. Creepy, indeed.

I have vague memories of Howdy Doody - that's who I thought this was, at first...