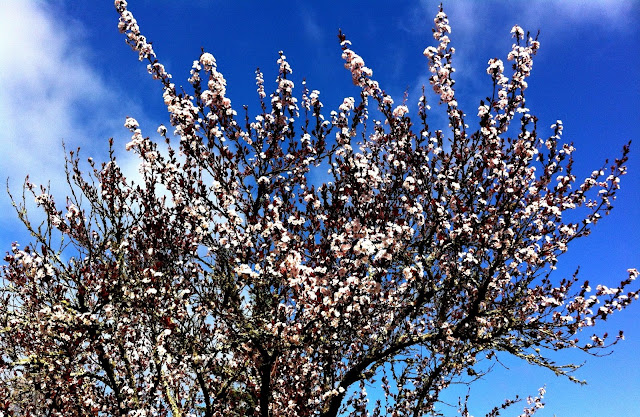 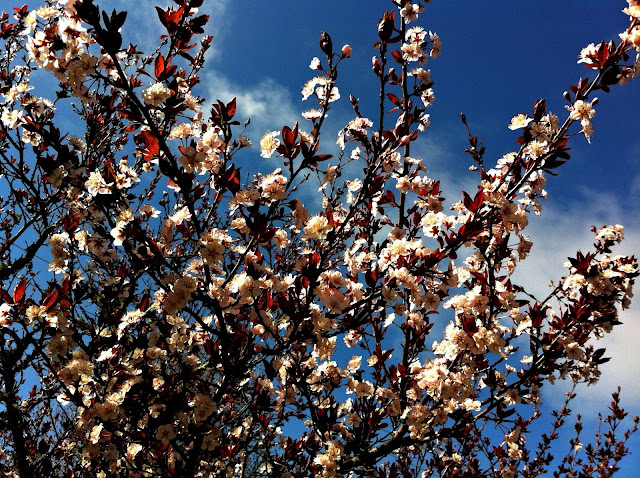 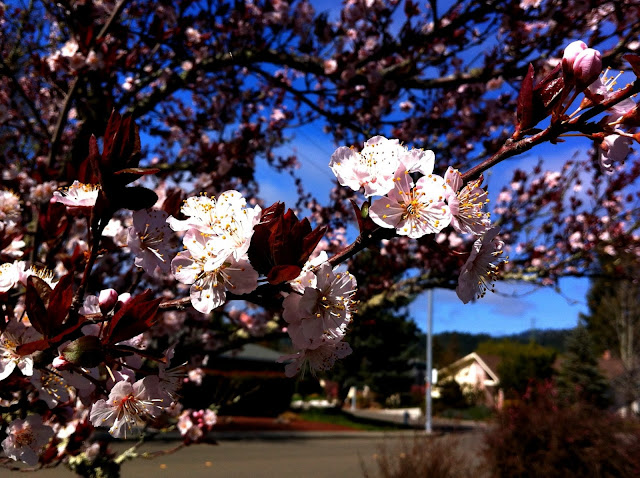 These are done with my iPhone using a new camera app my wife turned me on to.  This app is called Camera+ and cost 99 cents.  All of the other camera apps I had, tried out, and have removed most were all freebies.  But this new one here is easy to use and has a lot of edits available (again all easy to use with instant preview) and doesn't have a bunch of fancy shmancy stuff that I have no interest in.  The flowering tree is in our front yard and I applied one edit to them - 'scenery' which acted as if I had a polarizing filter.  I wish I had saved the original photos so you could compare, but did not.


This picture of Sinbad was done the late afternoon in my study just after downloading the new camera app.  I took a test photo so I had something to practice with then realized how nice it looked with the sunlight and shadows.  I then wished I had composed it some eliminating my desk, chair and crap.  Went to take another but then the light was gone as the sun had dipped behind the mountains.  Still an impressive picture done with a telephone camera app. 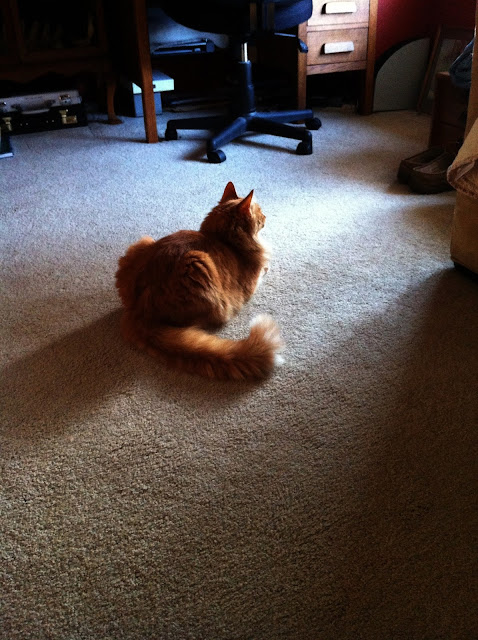 No, I am not selling my Nikon but these pictures make you wonder.  I tried to run them through my usual two or three edits I always do with the photoshop program in my computer and they changed nothing.  Thus these are straight out of the iPhone.

Most people who know me know that I rave about the iPhone and the apps. There are actually lens attachments you can put on your iPhone, i.e. macro and telephoto. My kids have them, but I haven't tried those yet. I'm still impressed by what I can get from just the iPhone alone.

Maybe I should look for a new phone in stead of a camera!

Those iPhone photos are amazing. I haven't wanted an iPhone but now that I am seeing everyone's shots....

I just downloaded the camera + for .99 Thanks for the heads up. I'm looking forward to using it.

thought for a moment when I saw your title that you were selling up John. Certainly the phones do a great camera job don't they just.

I am just starting to use my iPhone after 2 years....I had a bunch of photo apps, but never felt comfy using them. I will have to give this one a try. Love the shot of Sinbad....he reminds me of our Trouble. Am glad you shot it the way you did....is it life on life's terms. genie