Television - Just More and More of Less and Less 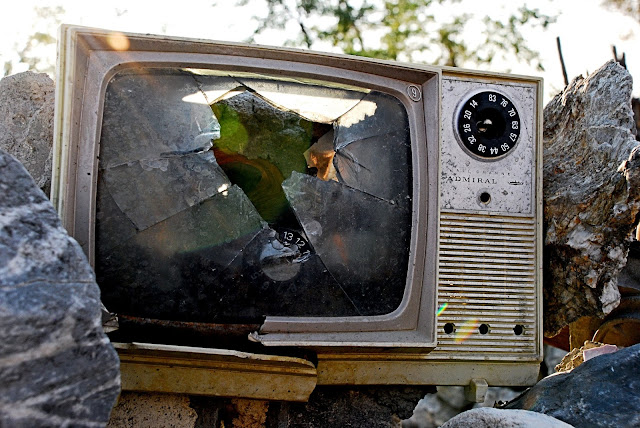 Well, I am one of those 4.
In 1987 I appeared (in a non-speaking role) along with Raymond Burr (of Perry Mason fame) in a intro that was filmed for one of the Unsolved Mysteries television specials before it became a regular series hosted by Robert Stack.

I will be available for autographs while on the road.  Thank you.

and I remember Perry Mason; my Mum was a big fan. Congratulations on your moment of fame John (I'm sure there are many more....)

Were you so bad that someone threw a rock at the TV?

Cool beans! If I'm ever one of four, my luck it will be of the "It really sounded like a freight train" variety.

Didn't realize you were a TV star~

I'm with the other three. I've never appeared on TV.

Very impressive! Not only on camera, but on camera with a name anyone would recognize. An autograph is definitely appropriate.

woohoo!! I know a movie star. I was on the radio once.

Are you kidding, point a camera at me and I'm ducking for cover.

I will join you and Tex as being 3 of four, that is if local cable counts!