A morning while leaving camp. 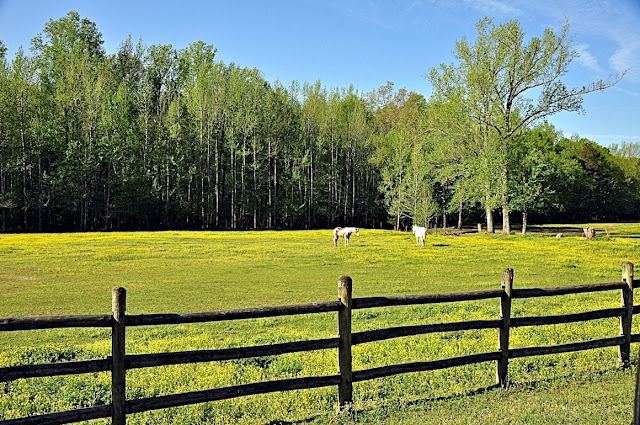 Driving in continues to be a wonder and entertaining.  On this day were on our way to , another scene of Civil War carnage.  Clair, our GPS Aussie girl, sends us on otherwise designated as Tennessee Highway 199.  Don’t let the label “Highway” fool you; it is a narrow two lane country road with nary a straight part to it.  Up and down, round and round with a posted speed limit of 55 mph.  Remember, in that refers to the minimum speed.  There is no shoulder to the road except for the 4 inch wide strip on each side with the painted white lines.  Now throw in some logging trucks coming at you at top speed and it is all great fun.  We’ve stayed in three Tennessee State Parks and I could write a bizarre story on each one.  Last night was at .  I was hoping for a coonskin cap along with my camping fee but no luck.   has got to be the goofiest state I have ever been in and I’m enjoying every bit of it.

Shiloh NMP was the most beautiful tranquil place you could imagine.  It was so difficult to imagine the chaos, destruction and death that took place there 151 years ago this month.  As I drove around I wondered how I could avoid being killed.  Nowhere to run to, nowhere to hide.  Play dead?

One of the battlefields.  Try to picture hundreds of dead or dying young men lying out there.  Also dead horses, mangled guns and cannons, and personal effects strewn about.  Hard to do isn’t it? 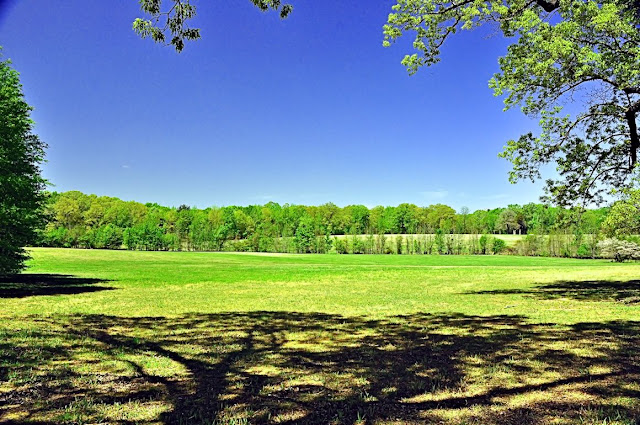 This is what I have to deal with while driving slowly around these parks with the window down.  Same for driving through the campground looking for spot #64.  Oh yeah, he attracts attention for sure.  Just what we both don't want.  In case you are wondering, I have a hold of his tail so he doesn't fall out.  He did one time in the desert falling out of the Land Rover on a rough dirt road. 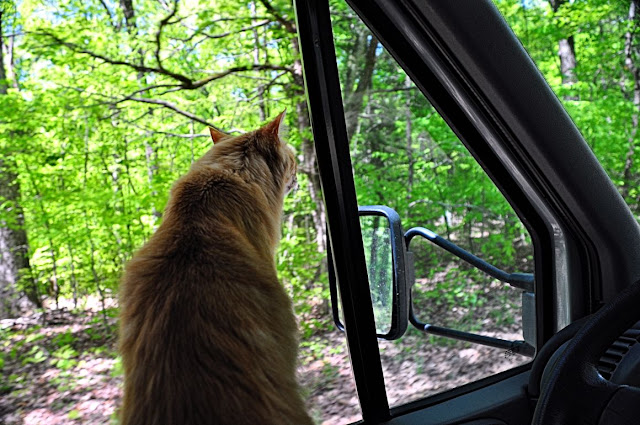 Of course I’ve been missing out on a lot of great photo opportunities all along this trip just because there is nowhere to pull off, or nowhere to turn around and go back or some other reason.  Like the photo of the farm scene the other day.  I am taking the picture and all of sudden someone is laying on their horn.  I thought I’m off the road far enough.  I turn and look and the dumb dog across the highway decides to come over and greet me and nearly gets run over.  He turns and goes back, then tries again and another car locks them up blowing the horn.  The dog goes back home again and then goes for a third attempt to come over and I see these cars barreling down upon him.  I quickly got back into the vehicle and left before I became responsible for killing a dog just for being on the other side of the road taking pictures.  Anyway, today I decided to try a new tactic – I’ll take pictures of old shacks, abandoned gas stations, barns and farms on the fly while I am driving.  Don’t worry, I’ll wait until I leave before I begin doing this.

Okay I did practice a little today and caught this “typical” home. 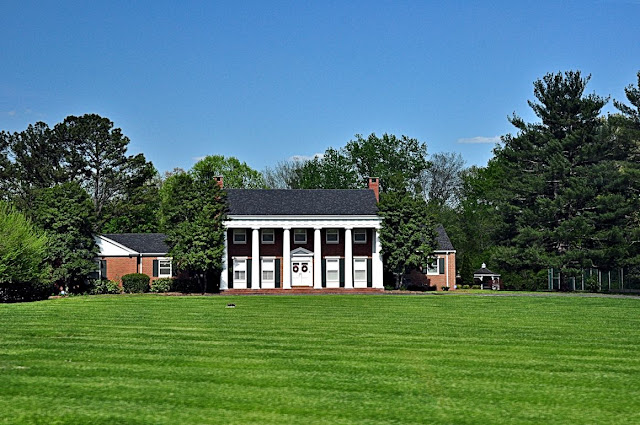 you had me laughing out loud with your accounts of Sinbad falling out of the Land Rover. Yes, I can see that he would be an attention magnet. I'm glad you're hanging onto his tail, you surely wouldn't want to lose the little guy. Fab photos - it looks like a very peaceful place. be safe.

i can't imagine driving while holding on to a cat's tail - especially since they normally like to swish it around as they see interesting stuff.

i do hope you'll fill in a little more tennessee tales when you get a chance.

So you're driving along with one hand on the camera and one holding the cat's tail......

Would Sinbad consider wearing a soft harness that would be easier to hang on to? No, I don't suppose he would, but it could be a help.

Lovely photos! So are you saying the typical Tennessee home is a pre-fab version of Tara?

You are certainly giving us the flavor of Tennessee.

Tennessee looks gorgeous! I've only passed through it on I-75 heading to FLA.

Such a nice story about your travel. I read it on my Iphone in a bus on my way to Amsterdam.

Sinbad the tourist, you have to love it.