Standing on Mississippi ground in Vicksburg looking west over to Louisiana 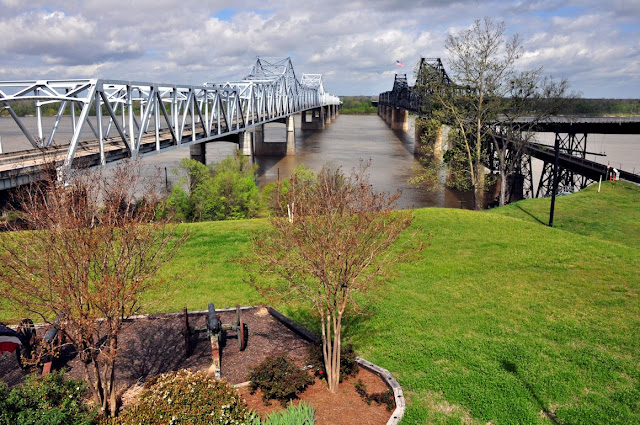 We made an unplanned visit to the Vicksburg National Military Park, the scene of one of the deciding battles of the Civil War.  There was an auto tour route of the battlefield, 16 miles long and they said it would take about an hour and a half to do.  I was leaving the route three and a half hours later.

This is a general idea of the terrain the battle was fought on.  This is a Union line aiming at the Confederates along the ridge.  A lot of the trees were cut down before and during the war and now many have grown back 150 years later so it was difficult to imagine how it looked back then in 1863. 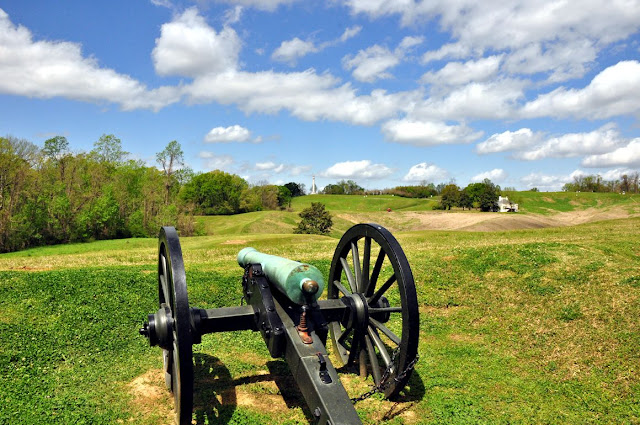 The park is littered with hundreds upon hundreds of granite
stone markers, monuments, bronze statues and busts (mostly of the officers of both sides) and metal signs describing what took place here and there. 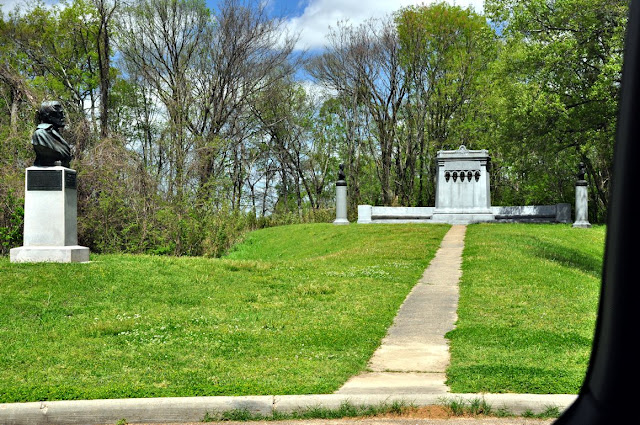 These were all placed by the states of both sides honoring those who fought.  Every single one listed the number of wounded and dead at each location.  It was really sad to see the senseless loss of life that took place.  I quit reading those portions early on.

There are cast metal signs all over showing what infantry, battalion, division, company, under whose command was dug in or camped wherever.  How all this information was gathered in such detail was amazing.  There are three in this field describing the Union Army's failed attempt to reach the Confederate line at the top of the ridge.  They had dug a tunnel (lower right) through the embankment so as to avoid being fired upon.  They then proceeded to dig a trench through the valley and up the slope to the Confederate stronghold.  If that wasn't enough to think about, imagine doing all this hard digging and pick axing in the hot humid Mississippi heat wearing blue woolen uniforms! 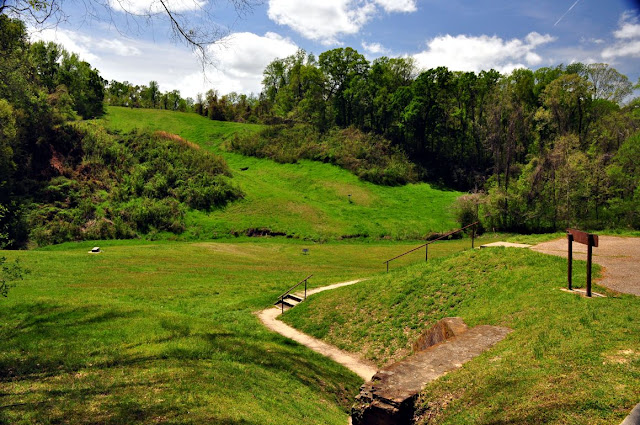 I was talking with the lady where we camped for the evening.
She told me a gentleman stayed at their park for two weeks and went to the battlefield every day from sun up to sun down and still did not complete seeing and reading it all.
For example this one reads: Rhode Island, 7th Infantry, Col. Zenas R. Bliss, 1st Brig., 2nd. Division, 9th Corps.  This information was endless, in a good way. 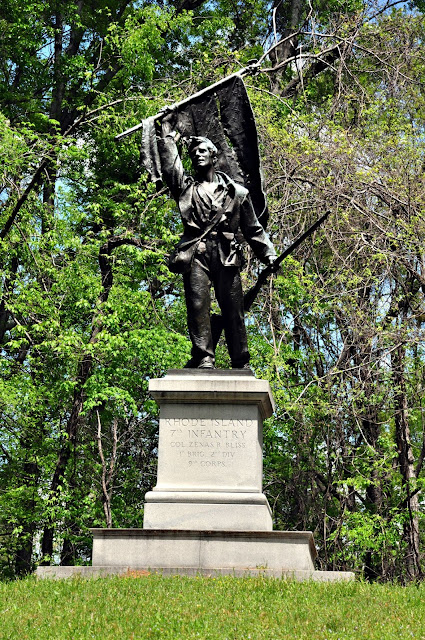 And there was the National Cemetery which this is just a small portion of.  These are the fortunate ones who had names.  Many times more were marked with a small 6 inch square block of granite with a number, name and home unknown. 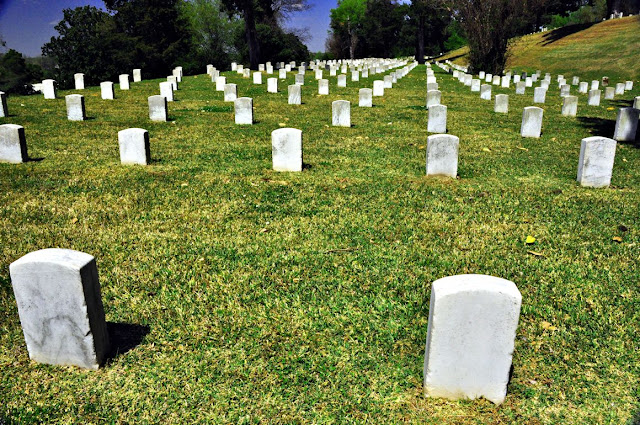 I think I made that shot of the two bridges on the same place as you. But we where with a group and had no time to do the total trip. I still do remember an iron clad lying there. A very impressive boat.

looks that you found a lot of interest there John. Great document of your visit - enjoy the rest of your trip ahead.

Yes, SC and me have been there too. It was very impressive and the story of the tunnel the guide told us too.
Imagine all those young boys died there, it made me sad.

What an incredible experience! Since you are a history buff, I know you are pleased you ran across this on your travels. Very interesting. I always wanted to go across the Mississippi. Will check back in for more stories.

Nice shots. Looks like a great place to see.

Great photos that really make me feel like I was with you. The Civil War fascinates and repulses me at the same time. So sad that it ever happened.

I find these memorials extremely sad. The loss of life is overwhelming. Then you think of the reason for the fighting and you really see what a waste the effort was.