Here the state line for Texas and Arkansas runs right through the middle of the Post Office and County Court House.  I don't see a problem with the post office but if you commit a crime in Arkansas and the court house is in Texas, can they do that?  Maybe there are two halves to the court room.  It was a Saturday so I wasn't able to go in and check it out.  I would have stepped back into the middle of the street to get the entire building in the photo but I was concerned that if I got hit by a car and landed in a different jurisdiction from where I had parked...well I don't know how that would be dealt with. 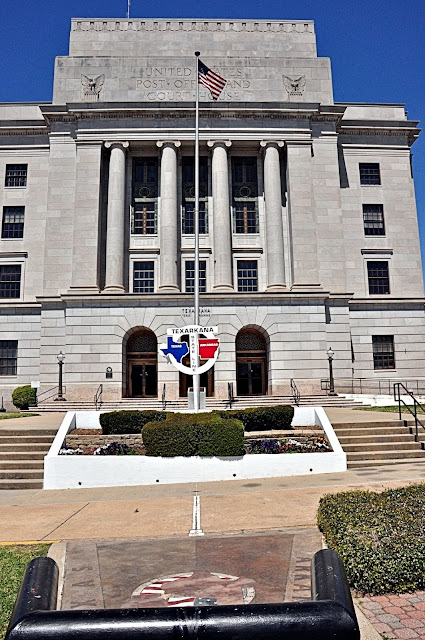 Here I am loitering in two states at the same time.
There weren't any cops around.  It was a Saturday remember. 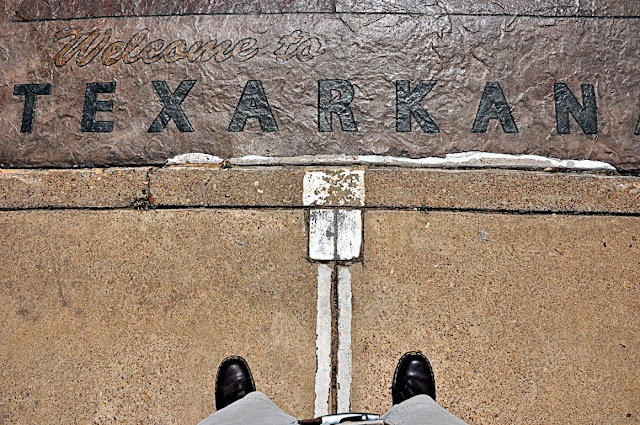 Across from the Court House/Post Office was this monument to the Confederacy.  For the first time I felt I was truly in the South.  I think the monument stood in Texas unless the state line made a jog to the west as it crossed the street. 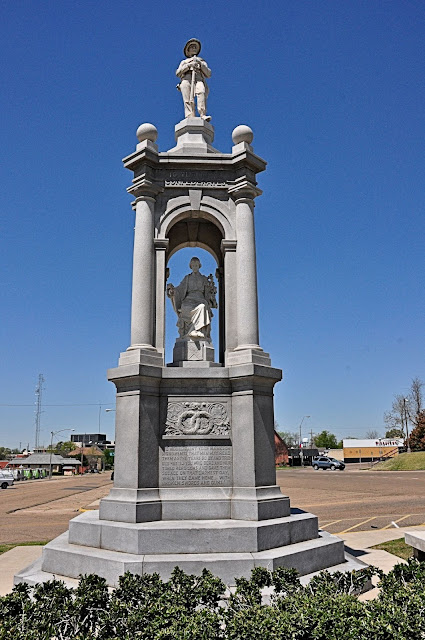 The inscription reads:
To Our Loyal Confederates
"O great Confederate mothers we would paint your names on monuments, that men may read them as the years go by and tribute pay to you, who bore and nurtured hero-sons and gave them solace on that darkest day when they came home, with broken swords and guns!"

are you wearing Doc Martens?????

very cool 'split' personality to that town. only a few hours away and i confess to never going there.

I like the inscription on the monument as it says very well the sentiment that is still there.

Must be weird for citizens of a town to have to wonder which state they are in. Crime, sales taxes, etc. All a mess.
Must be kind of fun to be in two states at once, though.

I'm hoping the monument to the Confederacy dates before WWI, when that kind of romantic sentiment might be forgiven.

I'm with Oakland Daily Photo on the sentiment on the monument. My mother once "helped" the kids pick out a mother's day gift for me that was a decorator's plate that read "A good mother makes a happy home". It bugged the heck out of me and I threw it away a few years later. How about a HAPPY mother makes a good home? That's a philosophy I can live with!