We are back in .  When I checked in at the campground that night the woman was having a time on the phone talking to an internet tech person.  We all know how that is.  Evidently they had an electrical storm three days earlier, lightening hit a nearby tree and things got fried.  A Comcast guy had been out to repair the cable but there were still issues.  Aren’t there always even after the Comcast guy has been by?  The lady told me the tree that got hit was right across the road.  I looked the next morning there it was.  You may be able to see the splinted pieces of wood lying about on the ground. 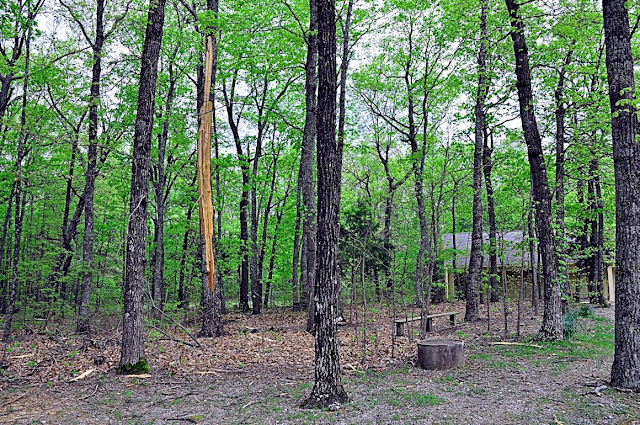 Oddly there is a much taller cell phone tower less than 50 feet away.  Why was this poor tree singled out?  I am just glad we were not in the campground when the storm hit.  Poor Sinbad, he hates thunder. 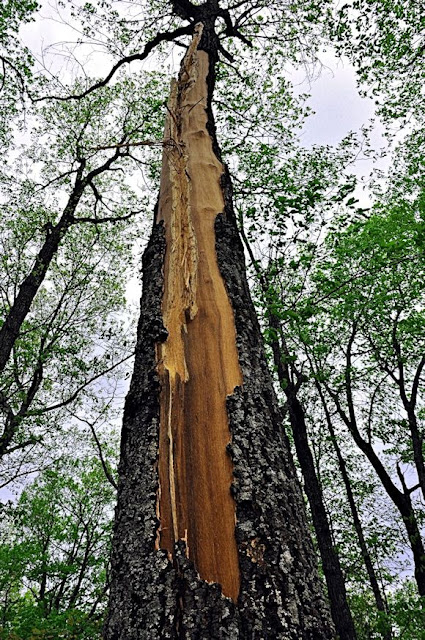 Sign seen in :  LOUD CAR STEREO UNLAWFUL.  FINE $400
And some people say the South is behind the times.
is setting a standard for the rest of the country.

We drove the back roads in a hard rain looking for whatever there was to see.  I saw on the map some points of interest and we visited the in his hometown of and Helen Keller’s birthplace in Tuscumbia, two most remarkable people.  More on each after we return home.

I stopped to get fuel in Tuscumbia and as I was leaving I saw this small stack of newspapers on the counter – The Hard Times with the headline Busted in the Shoals.  Underneath were a series of mug shots and I thought that would be fun reading for the night so picked up a copy on my way out.  Later in camp, and another lovely spot it is right out our door… 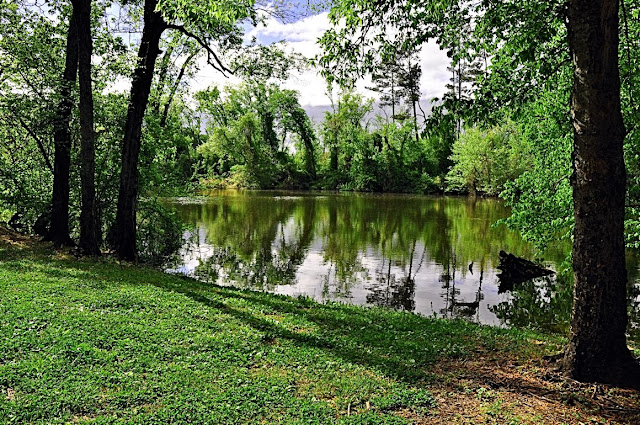 …I was having my tea and looking at the front page of this week’s edition.  There are 25 pictures and 21 of the individuals are white which I thought most interesting.  I opened the paper and holy cow every page has mug shots!  There are so many that I am not about to count them all.  Each page is broke down to drunk driving, theft, possession of drugs, failure to appear, child support, etc.  Then there is a “wanted” section mostly for bad checks and restitution.  The last page is “public intoxication”, all of these with their pictures and names.  I closed the paper back to the front page and only then did I notice up in the corner “Only $1”.  Oops!  I thought they were free.  I could be in this paper next week.  Tomorrow we move into .  They will have to start a new page “Wanted: Transporting stolen goods across state lines. Interstate flight across state borders.”  Now the Feds will get involved.