I said at the beginning of this Laurel & Hardy Museum series how I was fortunate to find the museum had opened early as the caretaker said he didn't have anything else to do.  That cannot be a correct statement as you shall see.  His name was Gary Russeth and he was an extremely friendly fellow, full of information and loved talking about the museum and much more.  While I had the museum all to myself, eventually another visitor came in.  Surprisingly he was from California also, and even more surprising lived in Berkeley less than an hour from where I live.  A conversation ensued between the three of us which is another whole story in itself, but in the end the three of us wound up going to Gary's house about a mile away from the museum.  While we were there for another purpose, Gary shared his hobby with us.  He is a woodworker on another whole level.  What you see below, are all entirely made from wood (except for the glass and leather upholstery), hand crafted and painted by Gary himself.

As before, these were done with my iPhone which I need to learn to hold more steady in low-light situations.


Yep, he made the pin-ball machines.  I just noticed the still in the background.  Didn't see it at the time. 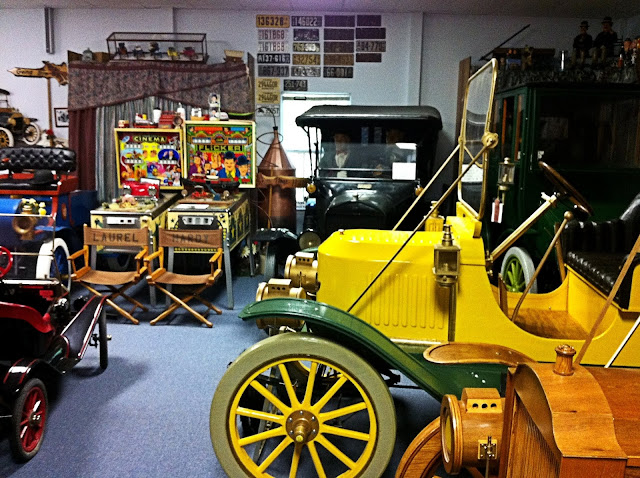 Laurel & Hardy and those tires are wood too. 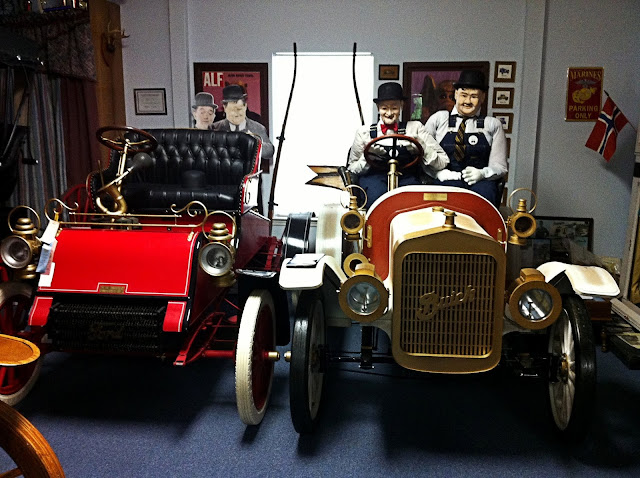 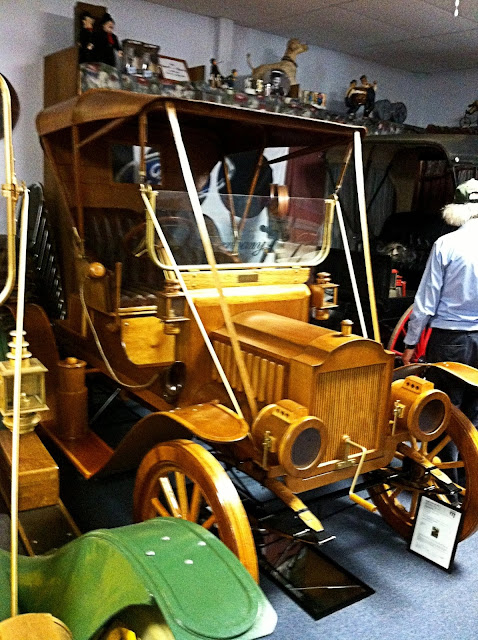 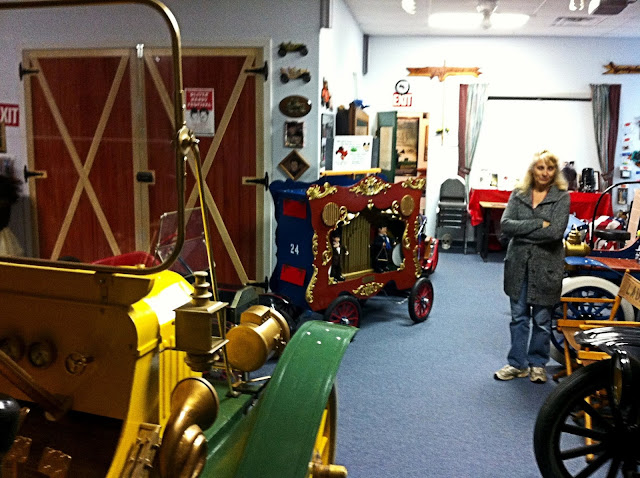 My fellow Californian with the Albert Einstein hair,  and he so happened to be some mathematician professor or something or other who had an appointment that same morning for a tour of a nearby nuclear facility.  I asked if this tour was at one of those power plants like we have in California.  "No, this is where they make bombs."
Okay. 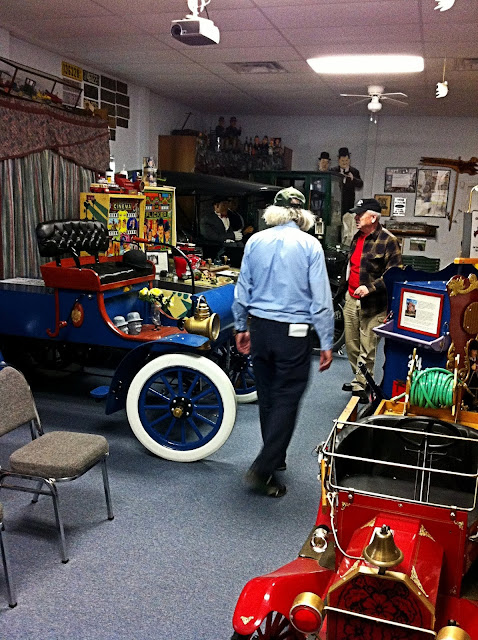 Gary with this three dimensional framed piece.  The detailing was incredible.  He wasn't too shy to tell me that someone had written a book about him (copies were for sale back at the museum) "...but I've never read it."  I said he ought to read it and make sure the guy had all the facts straight.  Gary told me that he had never read a book in his life.
Okay. 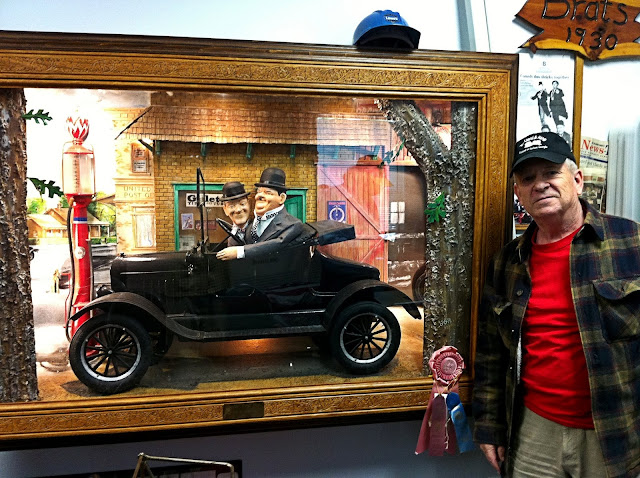 He did have this honest-to-goodness real metal car that ran and had been used in a couple of movies. 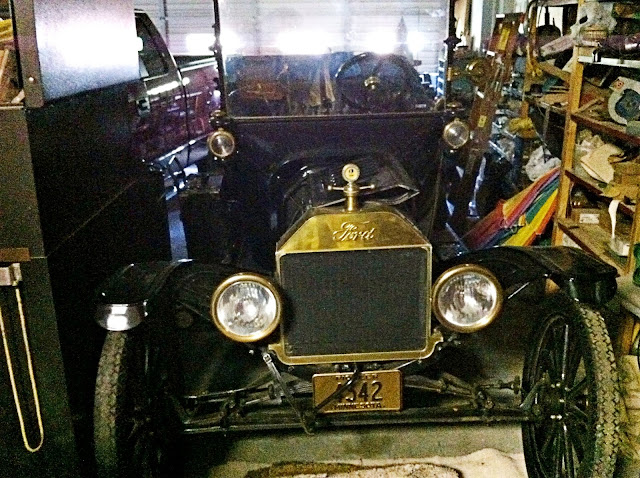 When we returned to the museum, the third visitor for the day arrived.  Care to guess where he was from?  Yep, only in the southern half near Los Angeles.

You can read a bit more about Gary at this site I found on the Internet.  http://www.laurelandhardy.org/harlem.html  Click here for an instant link-up.

I used to live in Ulverston,in Cumbria, UK which is where Stan L was born.

It is an incredible story you told us. All the accidental meetings and the craftsmanship of the owner. Could hardly see it was all made of wood. That makes your trip a real joy I think and a great post to read for us.

This is a very interesting series. Makes me want to watch some old L&H movies.

Great story again. Some people have for sure nice but strange hobbies. In this case a designer is lost for the world.

a true talent and a passion for it, too.

Wow he as an awesome talent.

Wonderful John... and I had to smile when I read that Stewart was born in Ulverston the pretty little town I mentioned yesterday.
It really is a small world.

I would laugh that he hadn't ever read a book, but I know my husband hasn't read one in the 23 years we've been married. He must have read one at some point for school...even if it was a short one in grade school, right? Me, if I had a dollar for every book I've read....I'd have a great vacation fund!

There is quite a bit to see.

You meet some fascinating people on your travels. I couldn't help wondering what his wife thinks about his hobby/obsession. She didn't look thrilled in that photo you took of her.