It wasn't so much the shrine itself but the story behind it that brought me to Arapahoe. 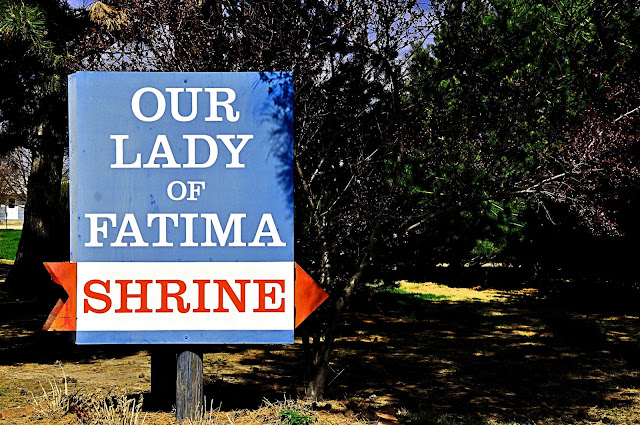 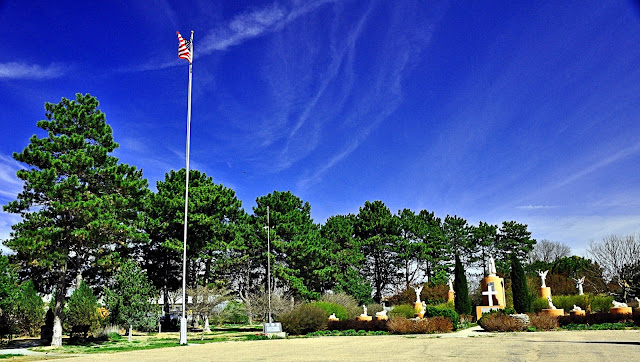 During World War II, Fr. Henry Denis, a Polish army chaplain was imprisoned by the Nazis at Buchenwald and Dachau.  The day his number was called for "extermination" he was silently praying the rosary and never heard the call.  His failure to respond was miraculously overlooked.  That is when he promised God that if he survived the "death camps" he would build a shrine to Our Lady.  After the war Fr. Denis was sent to the Diocese of Lincoln, Nebraska to pastor the churches in Oxford and Arapahoe.  With the help of friends, parishioners, and many members of the community, the Shrine to Our Lady of Fatima was completed in 1956.  Fr. Denis intended that the shrine be a place of healing and peace for those who had endured the hardships of war. 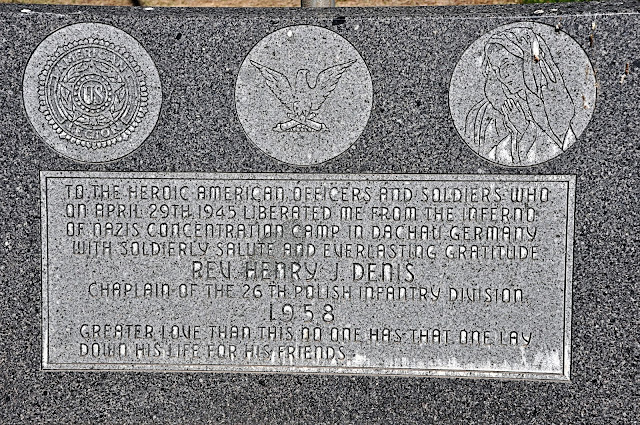 that is extremely touching...

That's an inspiring story. You do find unusual places to visit. I'm always happy to come here and see what you've seen.

Hi John....Amazing story just remarkable !!
I have missed so many of your post, so went back to the Tallahatchie Bridge, nope I had no plans to jump,as Billie-Jo did!! That was a great song to!!
A couple great post on the memorabilia of the Laurel and Hardy era !!
Ya how do they know if that was the last shot ?????? ; )
Grace

As a deaf person, I can only think that not hearing was a real advantage to Fr.Denis! A lovely shrine and one that moves many people, I am sure.