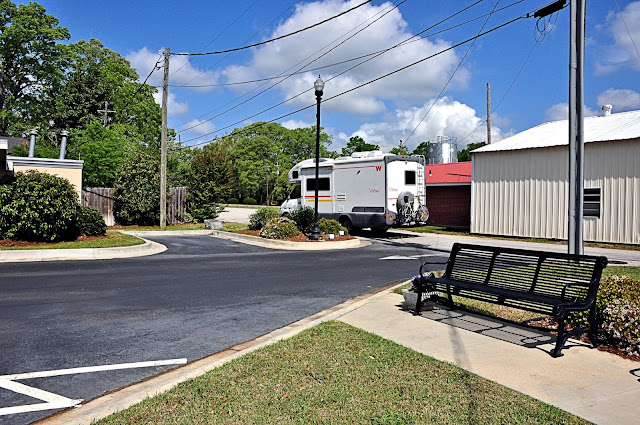 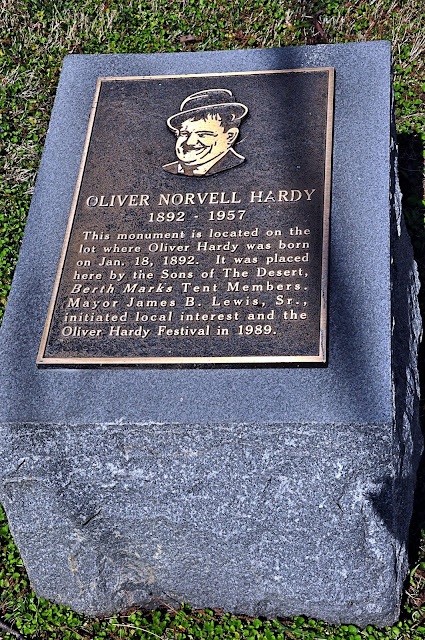 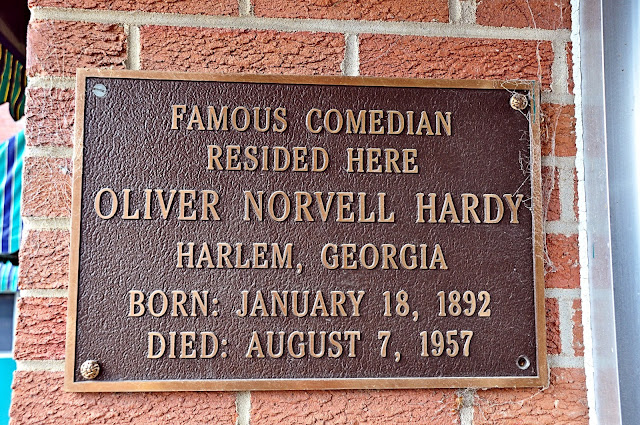 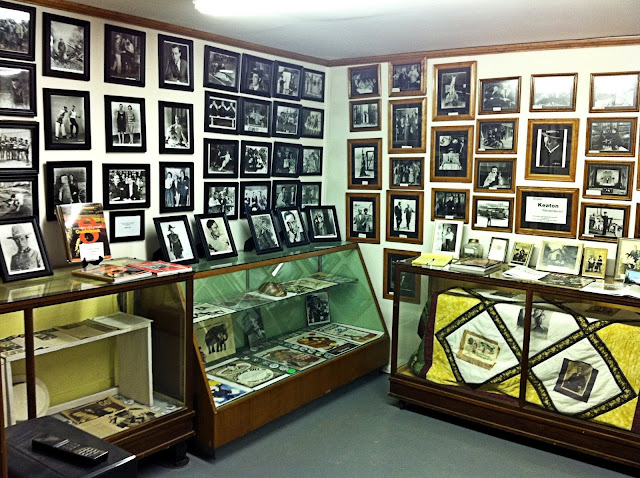 plenty of memorabilia for you to soak up John. You must be someone worth remembering :) ...

I assume that Oliver Hardy was 10 when his birth house was demolished so not famous on that moment. Can't blame Harlem for it. Still they made the best of it afterwards. Nice posting again.

I am sure the lady regonized you, you must have made an overwhelming impression!

There's a house at Pearl Harbor with a similar plaque, Jimmy Carter lived there.

someday, maybe you'll have a plaque in your honor somewhere... :)

Thanks for sharing this John... Stan Laurel was from Ulverston, Cumbria in the Lake District not too far from me and there is a museum about the pair of them. I walked part of the Cumbria Trail that starts in the town during 2001 without a camera to record the event... I must put that right sometime.

Too bad the house was not there.

It's never occurred to me to wonder where Hardy was born. Consequently I find myself completely surprised that it was in Georgia. Thanks for the education and for giving the museum ladies something to do.

I grew up watching Laurel and Hardy. I didn't know where they were from or when they died, thank you for the information. What a fabalous trip you made with Sinbad.