I try to stop at Historical Markers along the road if I get enough warning in advance they are coming up and that there is a place to get off the road safely.  This is an interesting story. 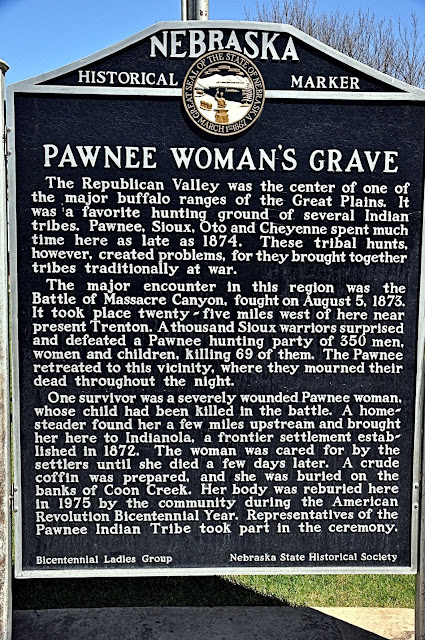 Consider that she is a complete unknown
and of a very few Indians to receive such respect for 136 years on. 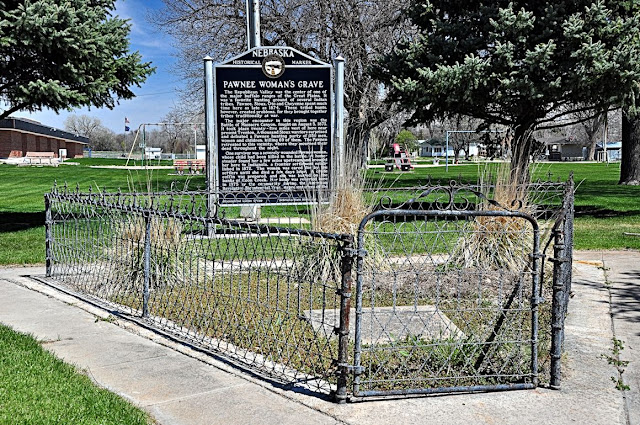 The marker made at the time is difficult to make out but it reads:
Pawnee Squaw
Wounded by indian arrow and left for dead in battle between Sioux and Pawnee at on August 5, 1873.  Was found by a hunter, brought to Indianola, and left at house of L.B.Korn where she died a few days later. Buried By E.S.Hill, L.B.Korn and G.A.Hunter 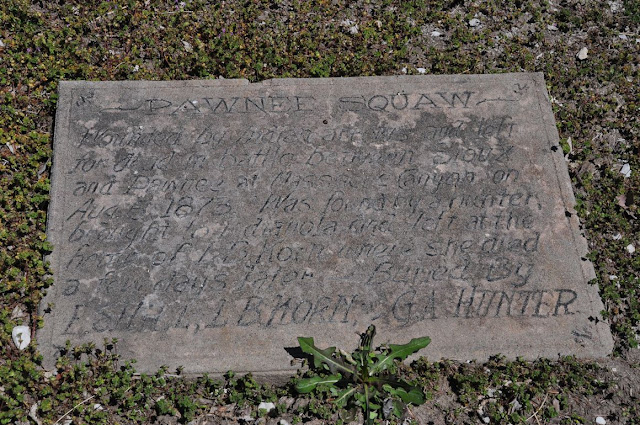 Coon Creek was just a quarter mile on down the road and I didn’t think of taking a picture of it until well past.

On a more uplifting note, here is a mailbox in John Deere colors just outside of 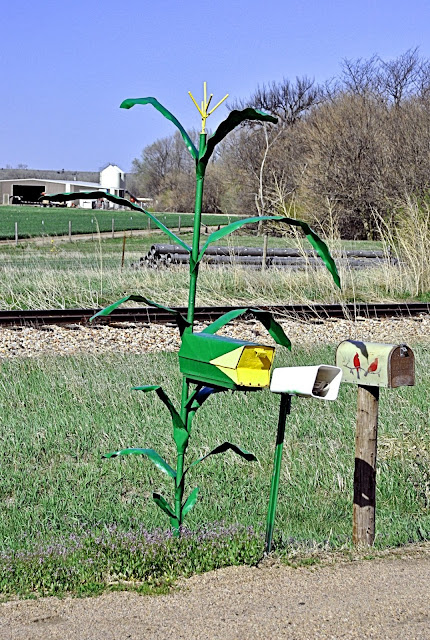 A very interesting story, and good pics. Thanks,

glad that they brought her to be cared for until she died.

i LOVE the corn mailbox!!!

Thanks for sharing this one.

It is sad that the Indian people also battled their fellow Indian tribes. All those wars everytime, everywhere, will it ever stop?