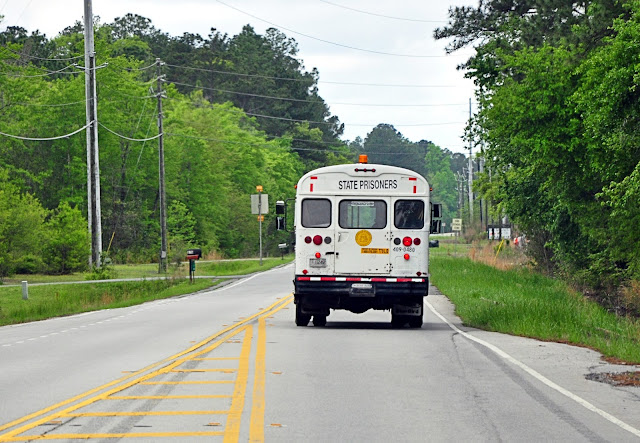 Number 1000.  That is what the odometer of my blog reads now.  This in the one thousandth post I have made to this blog.  I set this blog up back in July 2007 in anticipation of living out my dream.  A couple months later we sold our old 1972 Winnebago and bought the Little House on the Highway.  Then in November of that year I took my second trip (the first one was just a shakedown run) in our new-to-us motor home and made the first post to this blog.  The rest as they say is history.

When I was a young boy I always dreamed of traveling the country, exploring this great land of ours.  As I grew older my dreams expanded to traveling the world and seeing other countries.  I did some of that despite my anxiety with flying.  Then came 9/11 and the world became a different place.  Several years later I retired.  Now with all the time I need to go wherever I desire without the trauma and hassle of air travel, I hung up my parachute.  I realized that traveling the roads of America was all I ever really wanted.  Reading books like Steinbeck's Travels with Charley and William Least Heat Moon's Blue Highways showed me that there's nothing wrong with narrowing my horizons.  A person could spend a lifetime traveling America and never cross the same road twice.

Thoreau said "Go confidently in the direction of your dreams.  Live the life you've imagined."
I feel very fortunate in being able to do just that.

Now back to our regularly scheduled programming.

You have a beautiful country to travel around and I loved it to drive around an see all the different parts. So I don't blame you for not flying. Those security rules now make it so stressfull, I don't have the ambition to go to the states anymore when I am treated like a potentional terrorist at the airport. So keep rolling and show me your pictures. I am reading Steinbeck's book too at the moment!

well, #1000 is a good one. i love that you are getting to do exactly what you love doing. it is an inspiration.

Congratulations on #1000. I am loving following my dreams too.

Congrats on the 1,000th post! I love both of the books you mentioned and Least Heat Moons book mentioned my birth town, Bagley, MN. You can't know how much I loved THAT.

So for living out your dream, and for taking us along, I thank you!

Congratulations on your 1000th post! I can't wait to read more.

Congrats on the 1000th post.
I find the hassle of flying a turn-off and must admit that the attitude of the customs people at the US/Canada border has led me to just stay home for the most part and explore things here.

Happy 1000th post John. So happy I found you and can come along with you and Sinbad for the ride (so to speak)

Congratulations. I'm enjoying your journeys too

Congrats on the #1000. To answer your questions on my blog, no. The parade was here in Santa Fe.

You get to live your dream and we get to ride along with you. Win-win, brother. Hosannas for your 1000th post. I'm impressed.

1000 posts - well done John. Just keep bringing the roads of America to us - most enjoyable.

"We are all just prisoners here, of our own device"
Eagles, Hotel California.
but gosh I should read "Travels with Charlie"--my dad wasn't much of a reader but he loved that book. Named his little dog Charlie.
HEY congratulations on your 1000 mark. I'm up to 2247 now. No rest for the wicked.