A Wee Bit of Ireland in Texas

A couple days ago I posted about my dilemma as whether it is better to travel the South during tornado season or hurricane season.  Seeing things like this only complicates the decision making process. 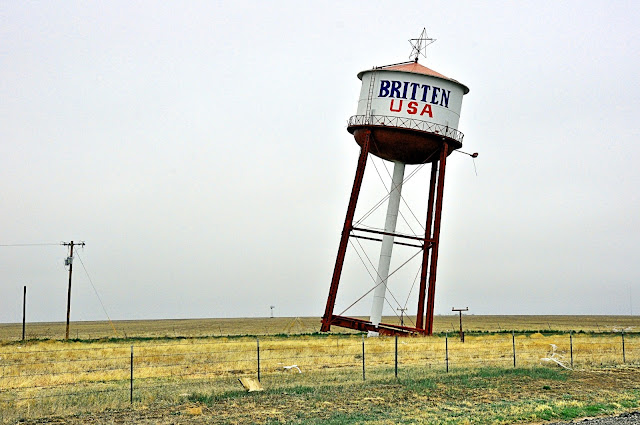 Well folks, it was intentionally built this way to attract the attention of travelers on Interstate 40 which cuts across the panhandle of Texas.  A few more miles down the interstate lies the town of Shamrock, my point of interest that afternoon.  There they have a genuine piece of stone from the ruins Blarney Castle, Ireland. 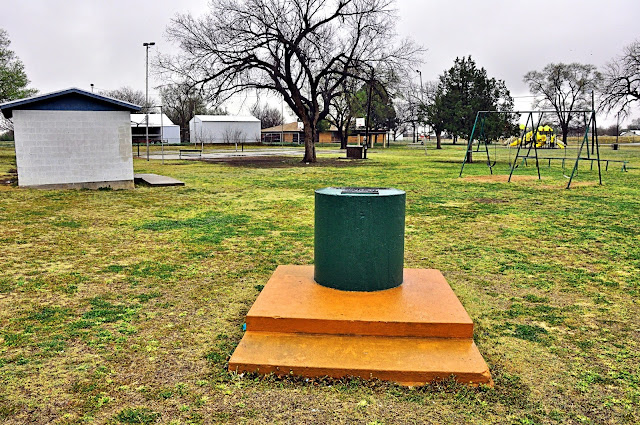 Now you may be asking yourself why he would go out of his way to see this?  That is okay, sometimes I find myself asking the very same question.  I could say "because its there" but more to the truth is it is the fun in the hunt.
No I didn't kiss the Blarney Stone.  I don't even want to think of all the lips that touched that thing. 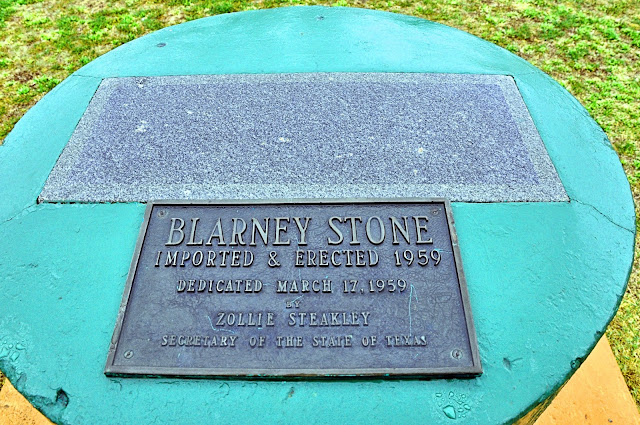 But in the process of the hunt sometimes I come across a bonus that is even better than why I came to the town in the first place, something which I didn't know was there. 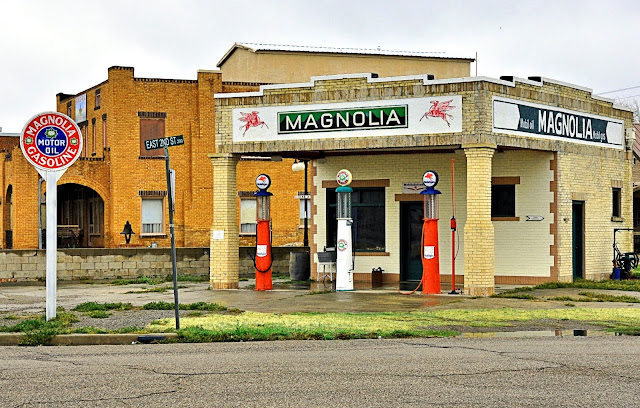 As the story goes about the Blarney stone, the arrival of the stone to Shamrock in 1959 was so important to the towns people that the mayor called out the Texas Highway Patrol and Texas National Guard who supposedly positioned a machine gun atop the drug store to safeguard the chunk of rock as it was wheeled through town.

Great little story again as you undoubtedly will encounter again and again with your way of traveling and mind setting. That the trip may last and last. Thanks for sharing your thoughts.

I have never heard of this stone, must be something when a machine gun is positioned to protect it. I am not a stone kisser and I would not kiss this one after so many people did either.

i would travel to see the stone too but i would go even farther for a shot of that old magnolia gas station!

Interesting post! I will stop by if I ever cruise through.

you do find some odd things...

So, you guys who won't kiss the stone, do you think there is lots of bacteria living on that stone? In the high heat of Texas, that stone carries germs from kissers for long periods of time? I being Irish, and sort of fearless about these things, would love to kiss the Blarney stone and certainly would if I passed through Shamrock!

Thats a long way for a little piece of stone to travel. Seems strange why they would have but it there in the first place?

Funny that the blarney stone required machine gun coverage. Maybe there's a bit of blarney in that tale. Or maybe not. We are talking about small town Texas.

What a neat little town. Love the gas station.

Ha! Great post. For sure I often find something unexpected to be far more interesting than what I was looking for in the first place. You just have to keep your mind open to opportunities, which I can see you do! :)

you sure get around some quirky places John; I'm glad you didn't bother kissing the Blarney Stone; I would've given that one a miss too. When are you going to do another hiking trip; I'm looking forward to more of your hiking/video up the mountain/rocks journies, rainforests etc. Any plans?

I love that old gas station.

thank you for blogging and conitnuing to share all of your adventures. it always makes my evening to read, and see the places you visit.