The Battle at Shiloh

By the time we reached the battlefield at Shiloh, Tennessee, I pretty much had my fill of misery and death resulting from the War Between the States.  Like at Vicksburg Mississippi, Andersonville Georgia and the other Civil War sites there was an auto tour route you could drive.  Shiloh's was nearly 13 miles long with 20 stops.  All along the way were interpretive signs and monuments.  After awhile one gets pretty well monumented out.  This though was one of the more detailed pieces. 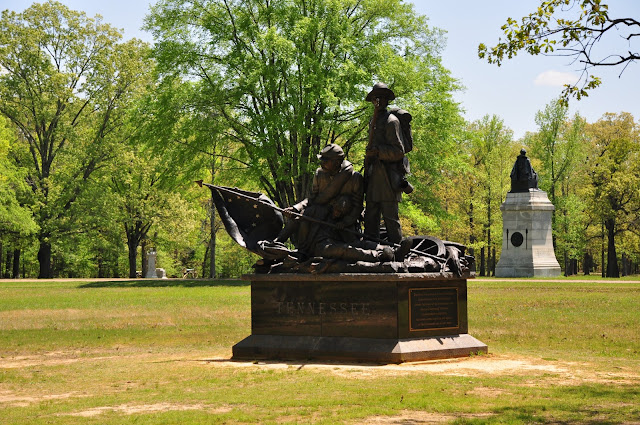 The key to Shiloh was Pittsburg Landing.  The Union forces controlled the Tennessee River and were able to unload troops and supplies at this spot.  Early on in the conflict the Confederate forces were able to drive the Union Army back to the banks of the river.  Thousands congregated here and refused to fight anymore (Yeah!) while reports of disasters filtered in from the field.  Later in the day Union reinforcements appeared on the opposite shore and throughout the night additional troops poured in by steamboat and road - 24,000 in all.  Revitalized, the Union forces moved in on the Confederate Army and the tide turned against the Rebels. 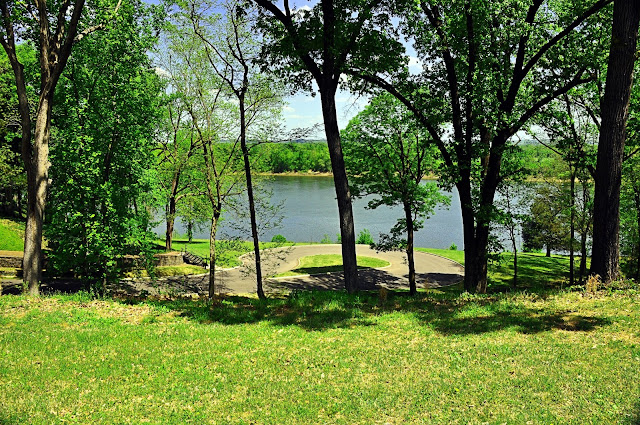 The losses on both sides of the conflict were tremendous.  The Confederate dead were so much that mass graves were created in trenches within the landscape.  This is just one of several mass graves. 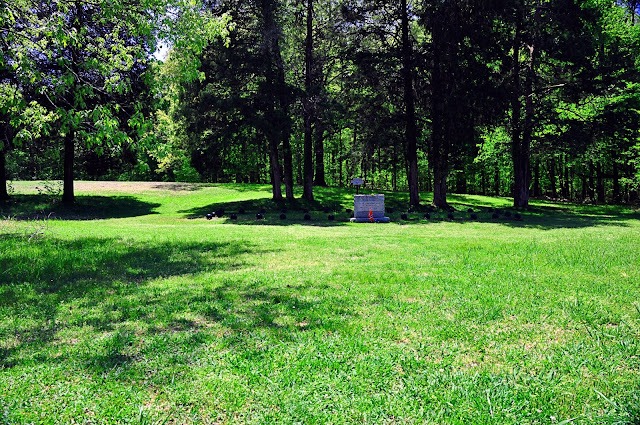 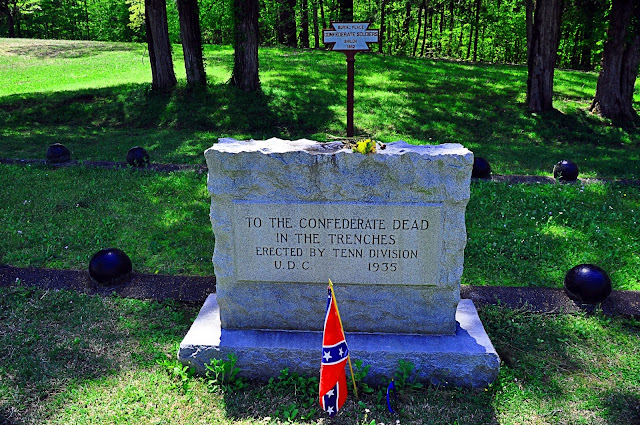 The Battle at Shiloh lasted two days and in that short period of time 23,746 men were killed, wounded or missing - more casualties than America had suffered in all previous wars.  Nothing can really give you an idea as to how horrible this battle was but this may in one small way. 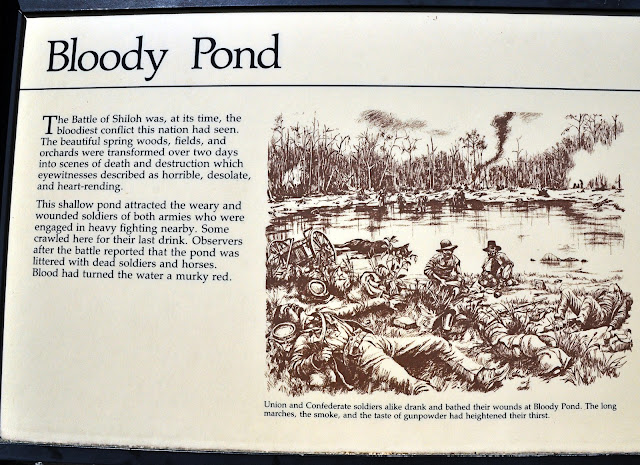 And here is Bloody Pond today.  Hard to picture isn't it? 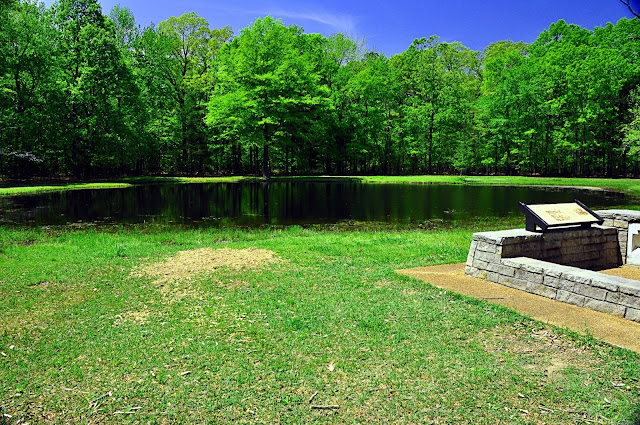 At the end of the auto tour you drove by the cemetery.  I couldn't take anymore, snapped a picture through the trees and drove on down the road to hopefully a happier site on my list of things to see. 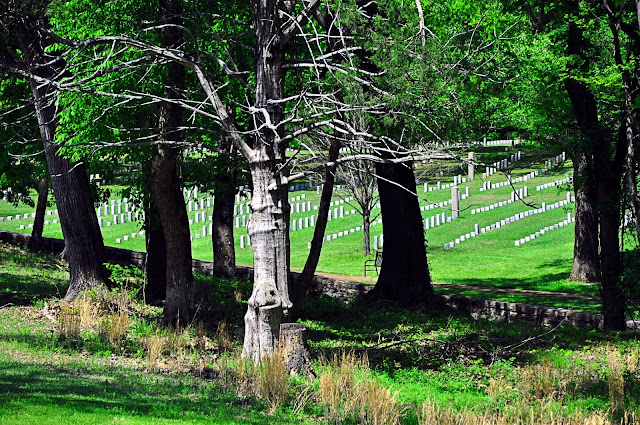 Incidentally, the Biblical meaning for the name Shiloh..."peace".

Crazy irony in the name. Visiting battle fields is always a conflicting experience.

PS: glad you liked the Moon - an plotting my revenge on the kids!

You are on a trail that is sometimes to much to comprehend but always interesting to know. Thanks for this posting again.

I had no idea of that battle and the numbers you have quoted killed, wounded ......is astounding

I can imagine how you felt. Such a waste of lives at such a beautiful peaceful place now. Why can't people just enjoy the beauty of their country instead of fighting about it. I think mankind has a complicated brain.

I never visit battlefields myself, it's horrible what people are capable of doing to each other. I'm always confused at why people are "proud" of war conquests. Senseless nonsense that could be prevented, usually. Hope you found happier places.

so very sad. and ironic in its name.

I hiked the Shiloh Military Trail when I was in Boy Scouts. I remember the pond.

It was a terrible war, not that any war is ever NOT terrible. But the War Between the States was a truly sad one, perhaps it seems that way because it was on this continent.

Horrible to think about.

How ironic can a name be?
When you see this you wonder at the waste and uselessness of war. Good post.

Indeed it is so sad and heart wrenching.

I find it quite easy to overfill myself with things I like to see, but when it's a grim as this it's easy to see how you could have enough.
As if war wasn't bad enough, civil war seems worse - both sides of the pond have had one, and they still seem to be going on in other parts of the world. There's no sorting folk!

Warfare is a fascinating subject. Despite the dubious morality of using violence to achieve personal or political aims. It remains that conflict has been used to do just that throughout recorded history.

Your article is very well done, a good read.