The Capture of Jefferson Davis

Jefferson Davis served in the US Senate for three terms representing his home state of Virginia.  He even was appointed Secretary of War by President Franklin Pierce.  But when the War Between the States broke out  Davis took the oath of office as President of the Confederacy.  Then when Virginia fell to Union forces, Davis and his cabinet members journeyed south.

When I arrived at the site, I thought this was the home where he was captured.  Well come to find out this was built in 1939 as a memorial to interpret the history of his capture on May 10, 1865, a date when many feel the Civil War actually ended. 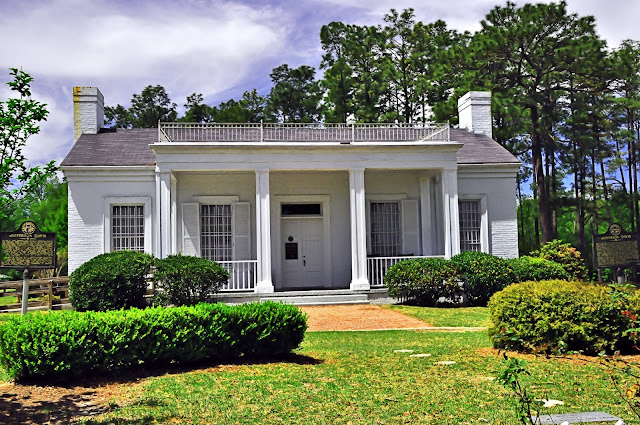 No, it was off in the woods at their camp where Union soldiers came upon them. 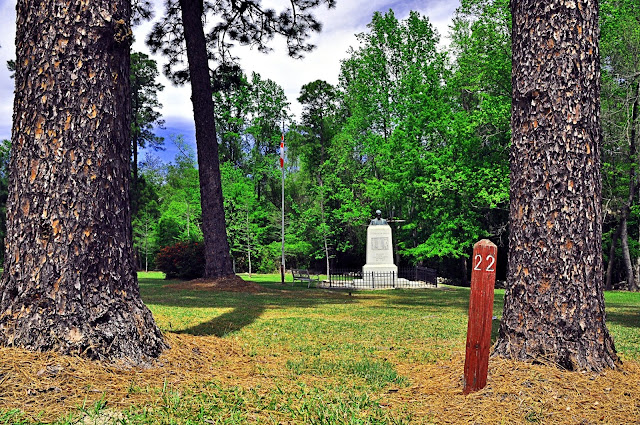 Here is a plaque telling of the events leading up to it.  I read these things at battlefields and the like and when done, in most cases I have no idea what happened - who did what to whom, coming from someplace going somewhere else.  This one isn't too bad but some leave me scratching my head.
Just glad their are no quizzes to take. 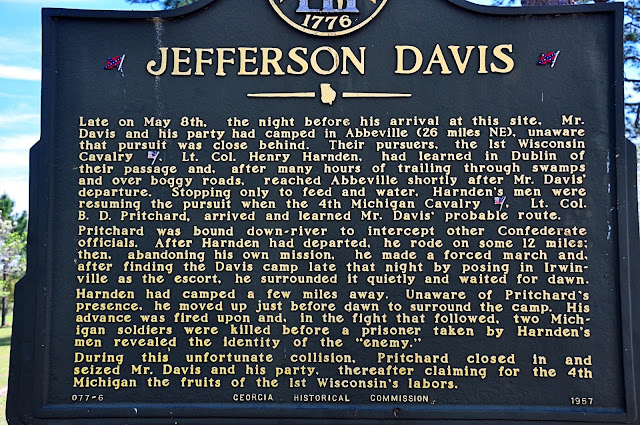 Here is another if you care to work your way through it. 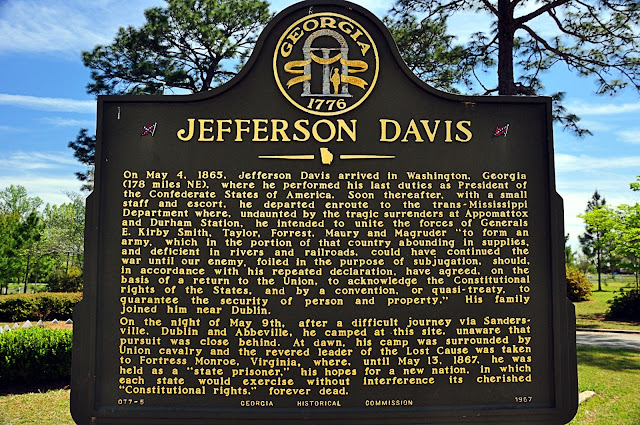 Anyway, old Jeff was taken to a fortress, held prisoner for two years without a trail and then released.  He and his family traveled to Canada and Europe for a couple of years eventually returning to Biloxi, Mississippi.   There he retired, wrote his memoirs and died in 1889 in New Orleans.  While in prison his citizenship was stripped away for 111 years until 1978 when President Jimmy Carter re-instated it. 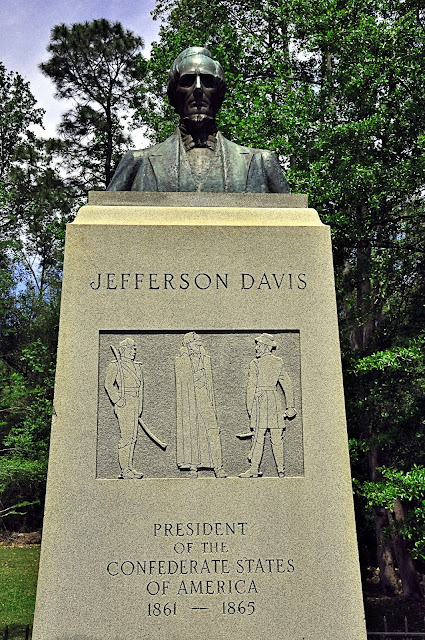 The site where the above mention of the two Union Calvary groups were shooting at each other resulted in the senseless deaths of two young men, 18 and 21 years of age. 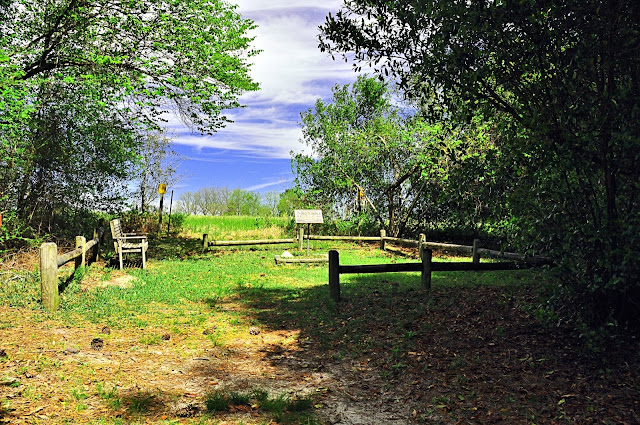 And the same silliness continues today.