We had pretty much exhausted our list of things to see while touring the South so on our slow way back home I resorted to looking for sites on my AAA road map.  I spotted this which was in the direction of our travels.  It was a rainy day and only one other foolish intrepid traveler stopped to view the Jesse Owens Museum while we were there.  Jesse was born in Oakville and lived there until the age of nine when the family moved on to Cleveland, Ohio.
Inside the museum was most impressive; far more than I expected. 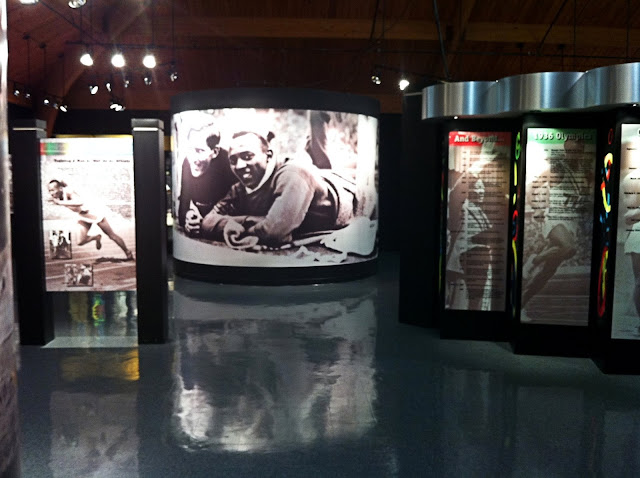 I never took a picture of the outside of the museum!  Guess I was afraid of getting wet. 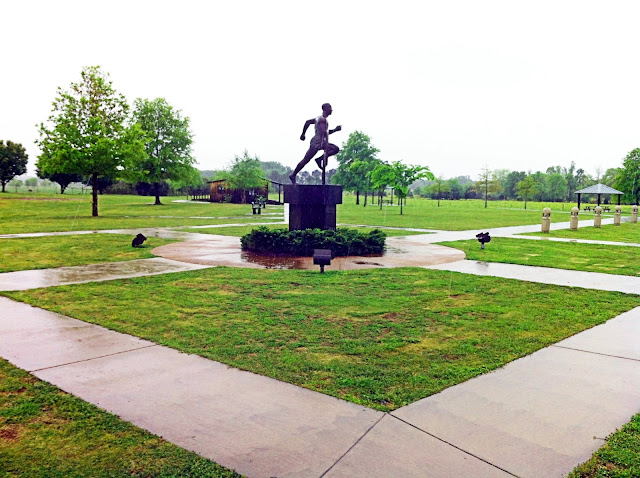 But I was curious as to the home he lived in and waited for the rain to let up some then made the 100 yard dash to it in record time. 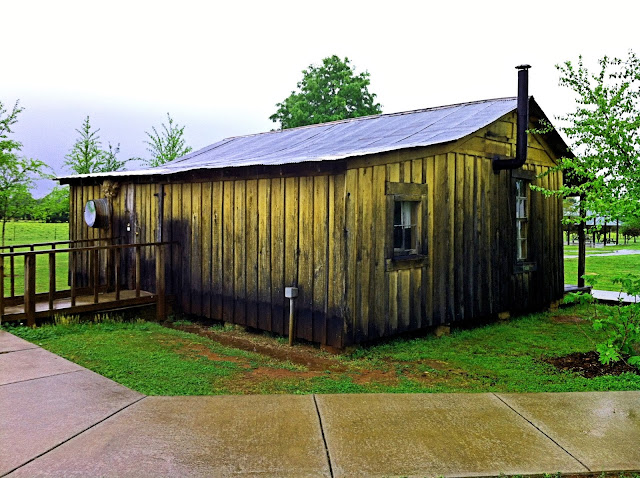 My pictures through the wet glass didn't come out as I was using that iPhone thing as I didn't want to bring my Nikon out into the rain.  So here's a selfie instead. 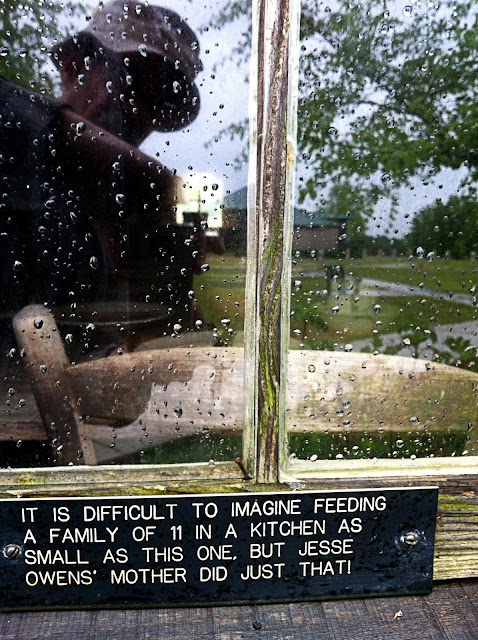 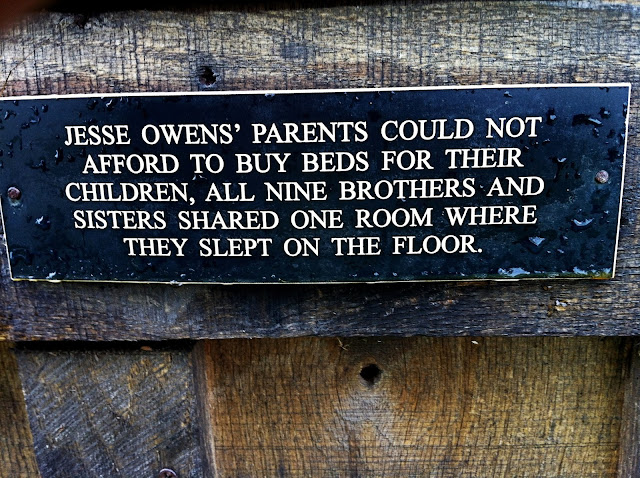 Jesse and the hurdles. 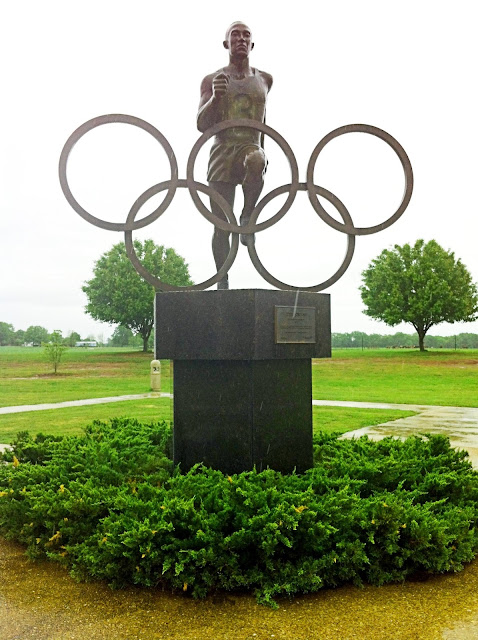 They had a mocked up long jump pit nearby marking off the distances he jumped.  You the visitor could run and jump into the pit and try to match Jesse's record.  I would have but...it was raining remember?  I didn't want to get my Converse muddy. 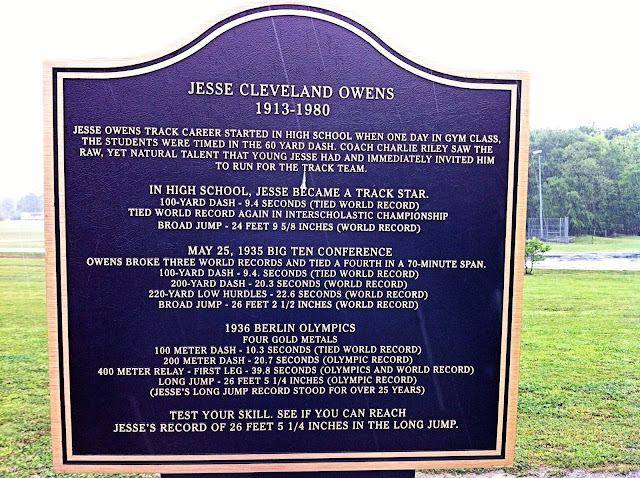 So get this, this Olympic star was a pack-a-day smoker for 35 years, gets lung cancer and dies in Tucson, Arizona in 1980 at the age of 66.