Do you remember Red Goose shoes?  A bit of research revealed that the St. Louis company began selling shoes to pioneers in 1869. The company was originally called Gieseke-D'Oench-Hayes after it's German founders.  Gieseke is German slang for "goose" so the image came naturally.  The red came later during the St. Louis World's Fair when stock boys painted the goose on the cartons red.  The head of the company liked the idea and trademarked it in 1906.  I guess they are still in business to this day. 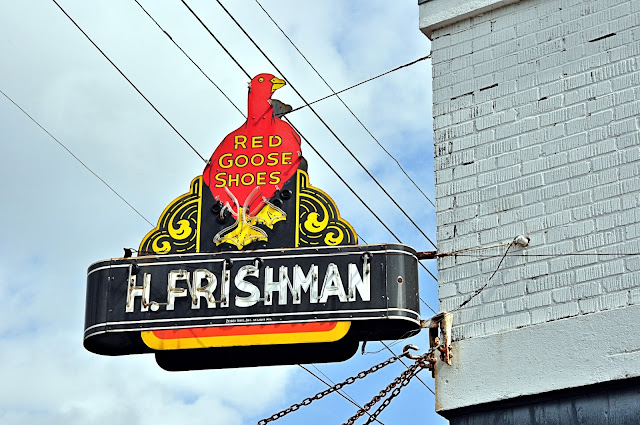 Cool sign! I just learned about them from watching a recent episode of American Pickers!

can't say i know that company but i do like the brand logo!

I remember seeing that sign in my hometown. Maybe workboots?

That's a classic. I love old signs like these.

I can still sing the jingle, "Half the fun of having feet is Red Goose Shoes!"--hart