Some may recall my first character I ran into at the beginning of our Tour of the South - Martha.
Here she is again, and a link to that most memorable encounter. 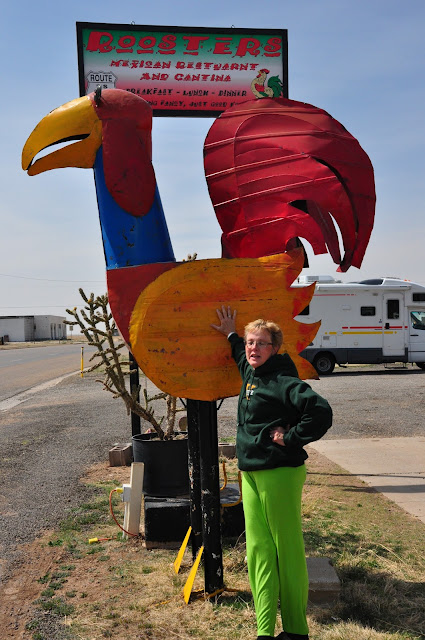 Well she told me I just Had to See It and there was no missing the 190 foot tall cross as you could see it a mile away from the Interstate, although the Cross people say you can see it from 20 miles away. 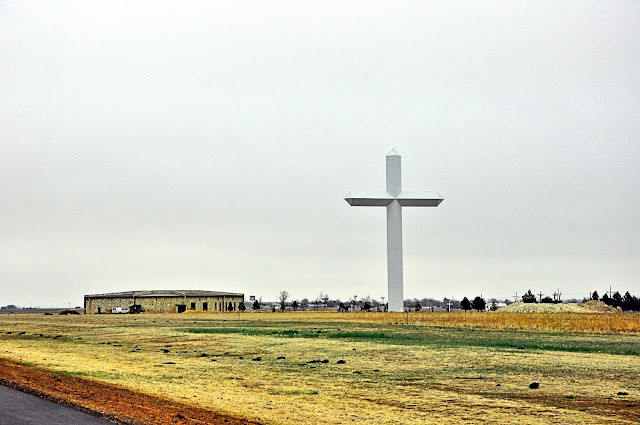 It was really a poopy day, cold, with a fierce wind blowing.  There were a ring of statues of Christ carrying his cross, the twelve stations they called it, each depicting a particular moment of his journey to the Crucifixion.  You should be able to see them here.  There was a lot of other statues also. 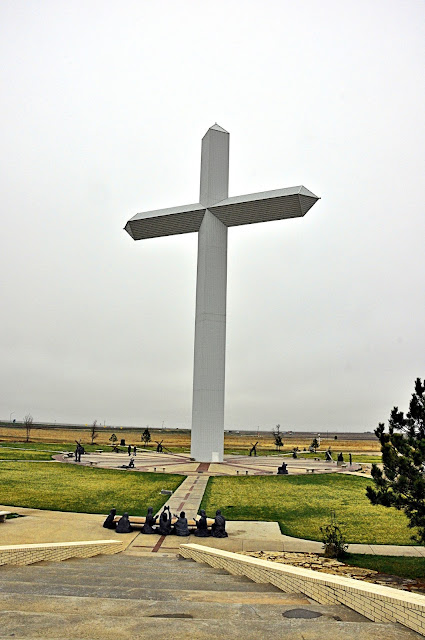 The detail work was quite remarkable. 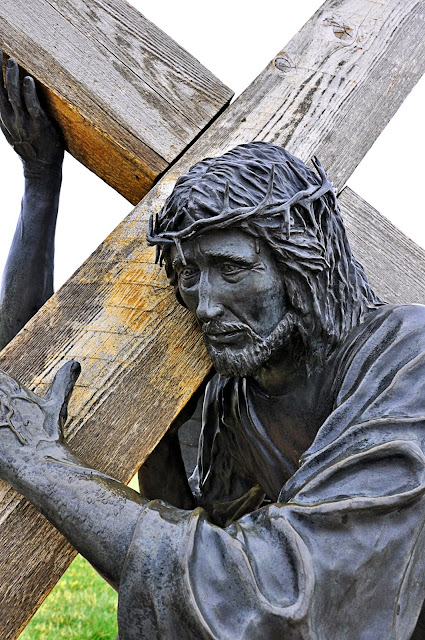 It was a horrible day for picture taking.  This was a scene of the Last Supper the plaque read.
It must have been early on as not everyone has shown up yet. 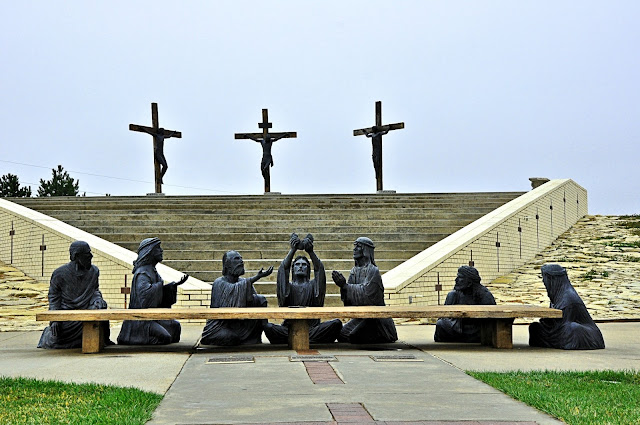 Notice all the crosses in the distance too. 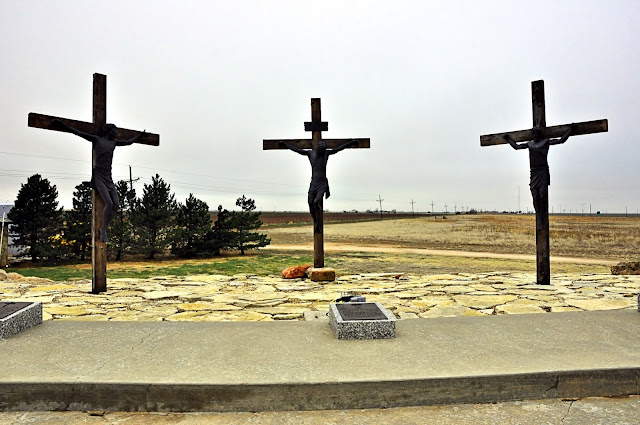 There was a huge gift shop where one could find everything they needed to fill their spiritual needs.
I know I had a photo of the inside but I think I lost it with that iPhone of mine. 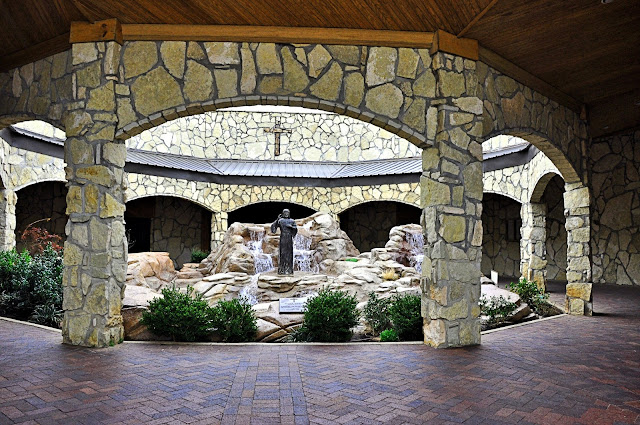 I converted this to black and white which made little difference from the color image;
the skies were that bad. 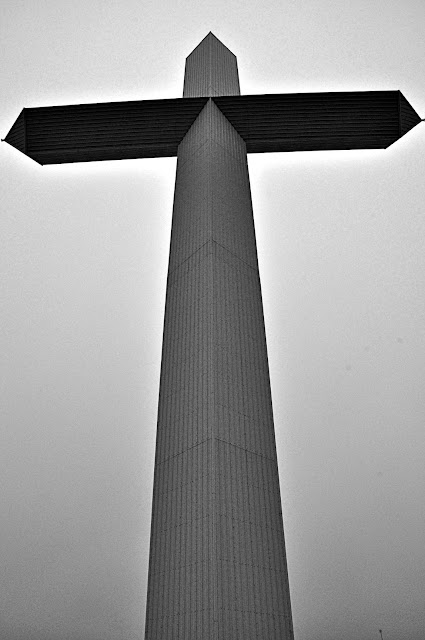 So there you have it, what once was the largest cross in the western hemisphere, at one time.
I don't know who outdid them, or where the even bigger cross is but I have no plans to go search it out.

They really have a cross to bear.

a lot of work went into that place. thanks for the martha refresher! :)

Such an amazing place. Oh and John the pictures were great.

Oh my that is awesome of The cross so big and the rest of the pictures of Lord carrying the
cross. A real rememberance for Christians who belive. He paid it all.

For sins of mankind. The three crosses in the disatnce. Amen.

Hi John... Just amazing sight!! I can see that it can be seen for miles, it is flat as a pancake there !!
Grace

For a non religious person, I find religious imagery quite fascinating. This is a great thing.
I have space for giant chickens too.