In the far east end of Annadel State Park lies Ledson Marsh.  It is fairly large and I've often wondered if water remains in the middle throughout the year.  The growth is so thick you cannot work your way through it to find out. 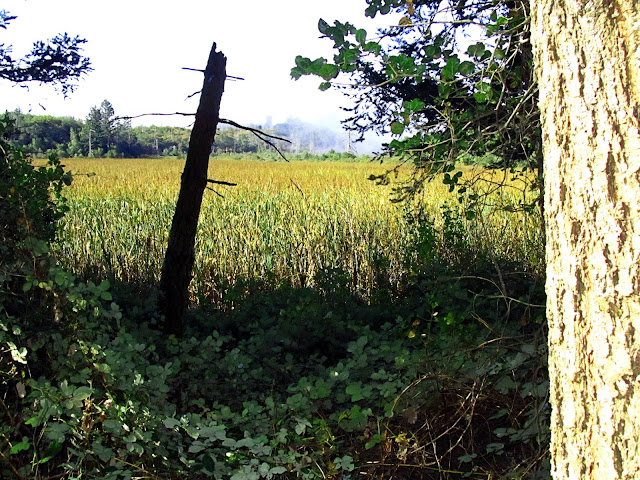 That is not smoke in the distance but early morning fog rolling in over the mountain tops, slowly burning off from the sun. 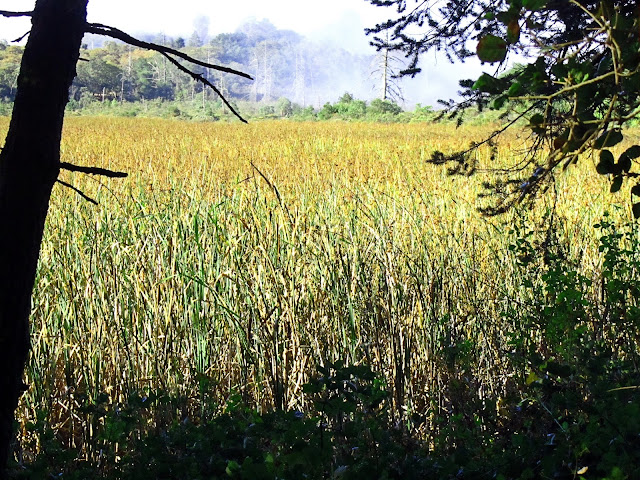 The lower end of the marsh is thick with cattails.  This late in summer they are all fluffed out. 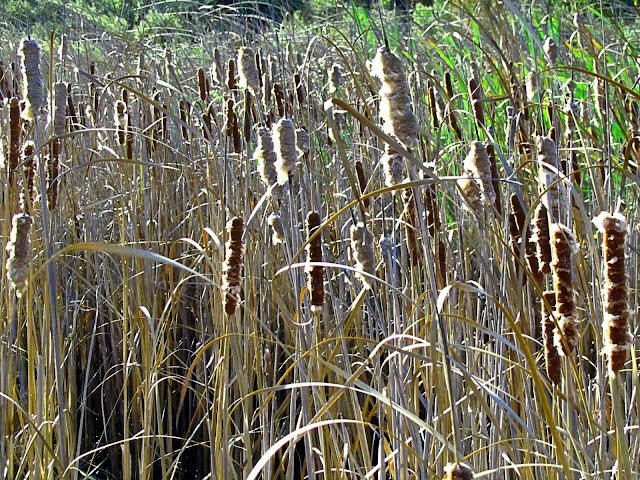 Cattails are known as bulrush in most places around the world.  I often wonder why the name cattail?
I guess hotdogs on a stick was not acceptable.
My camera was confused, not focusing in on the nearby tails. 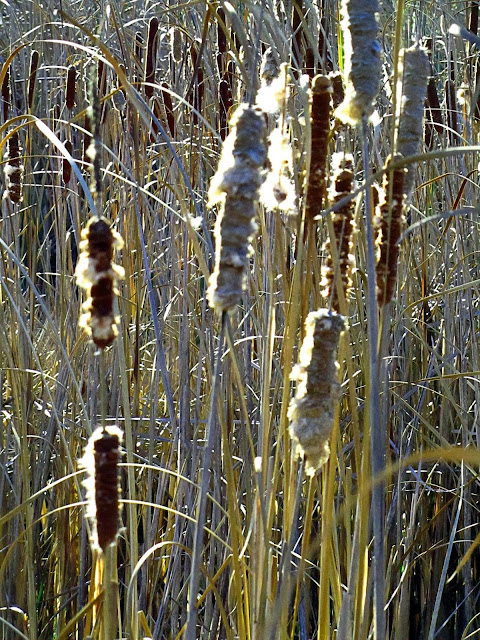 I looked them up to see what the fluff was properly called and learned some things about cattails, bulrush, hotdogs on a stick, I didn't know.  The seed hairs were used by Native Americans as tinder for starting fires, down to line moccasins, and bedding, diapers and baby powder.  It can be dipped in wax or fat then used as a candle with the stem serving as a wick. Without the wax or fat they will smolder like incense and repel insects.  Boiled rootstocks have been used as a diuretic for increasing urination, or mashed to make a jelly-like paste for sores, boils, wounds, scabs, and smallpox pustules.

In fact the cattails are very useful I read. I think we csll them cattails too, but it is considered as weeds here. I read all kind of articles about how to get rid of cattails in your garden. They should know what they are throwing away..

had no idea they were so useful.

Cattails are very prominent along roadsides here, but I have never known how useful they were!

How is Sinbuddy doing these days?

Diapers, now that is interesting. You sure enjoy those hikes, what beautiful country you live in. Will catch up on your blog. Yes sometimes I "magically dissapear too"...

You gives us a lot of information here. Thanks for the pic's and the info.