So Superhiker told me to hike out a short way to Gunsight Rock.  That was all well and good until I realized I was going down a steep rocky trail to get to it.  This meant I was losing some of what I had gained with all that climbing and would have to hike back up to go back down.  Grrr... 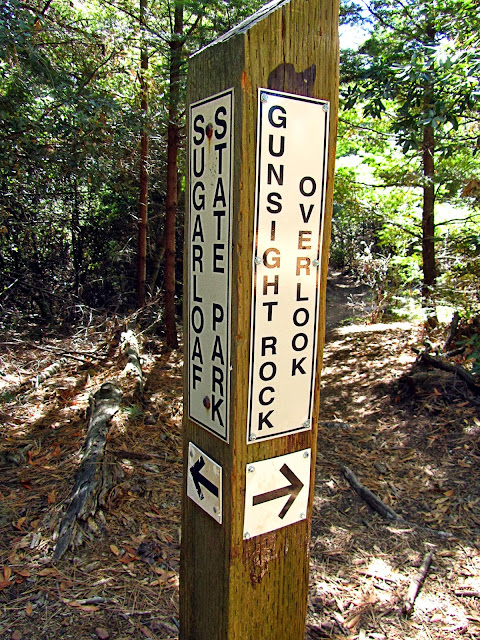 Once there though I found my reward waiting for me and quit sniveling.
My bandanna so you can see it is not that wide.  Aptly named I thought. 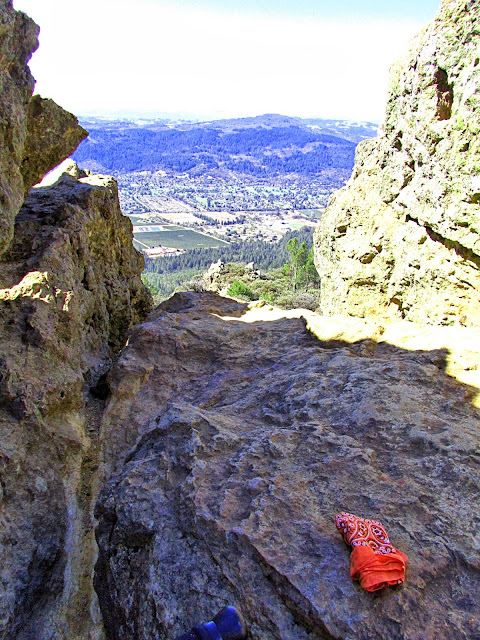 Just happened to catch a Turkey Vulture soaring on the thermal updrafts.
The Pacific Ocean is at the horizon but I don't think it could be seen even on a clear day.  They are some low lying mountains plus the curvature of the earth to contend with. 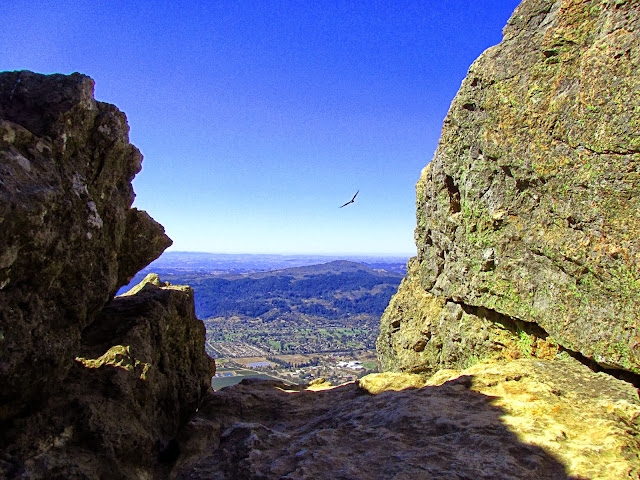 I live down there and thought I was taking a picture of my house so I could see it better on the computer back home.  Well it seems I don't know where I live.  My house is on the street to the far right where you can see just a little bit of the bend in the road.  That is part of Annadel State Park behind and Kunde Vineyards in the foreground. 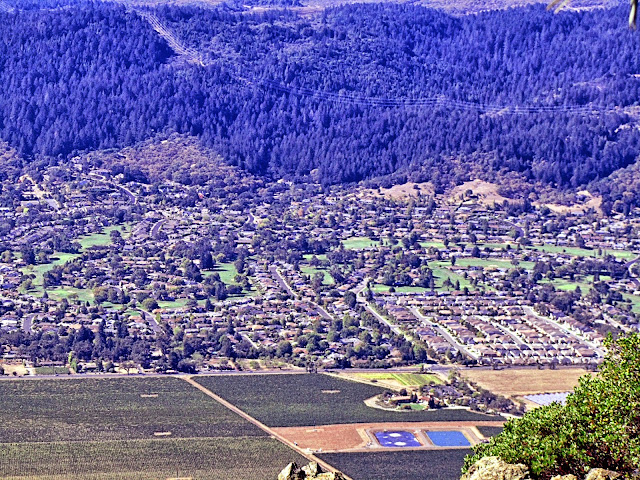 Here is a panorama, viewing from the east where the town of Sonoma is to the right towards Santa Rosa.
I think my camera may have a panorama feature on it but never have used it nor did I even think about it while up there.  And there is some way to "stitch" these together but I don't know how.
Click on the image to make it bigger and see how well I did in taking 7 pictures pretty much on the same plane.

That is San Francisco with it's famous fog. 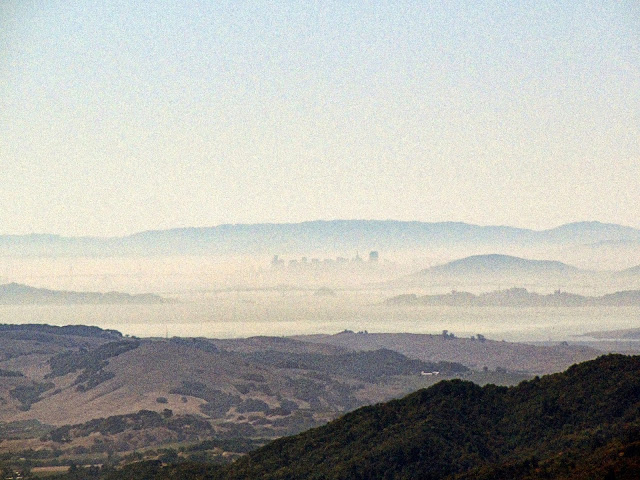 So to review, this is Hood Mountain 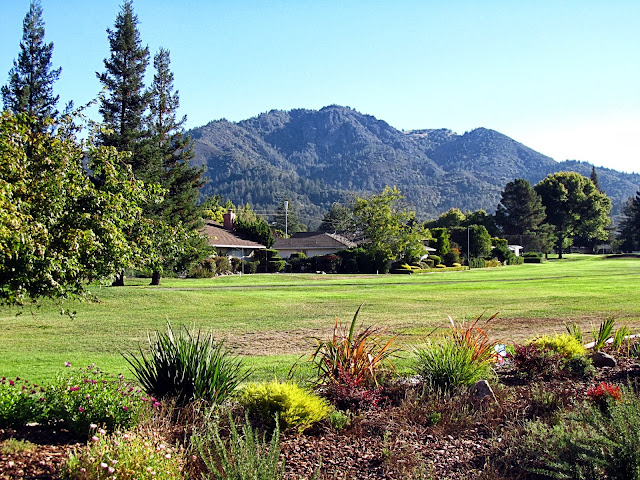 and Superhiker had me hike down from the summit O to X where Gunsight Overlook is.  I had to go back up to O to come back down off of the mountain on the other side.
So you can see why I was sniveling, but it was worth it. 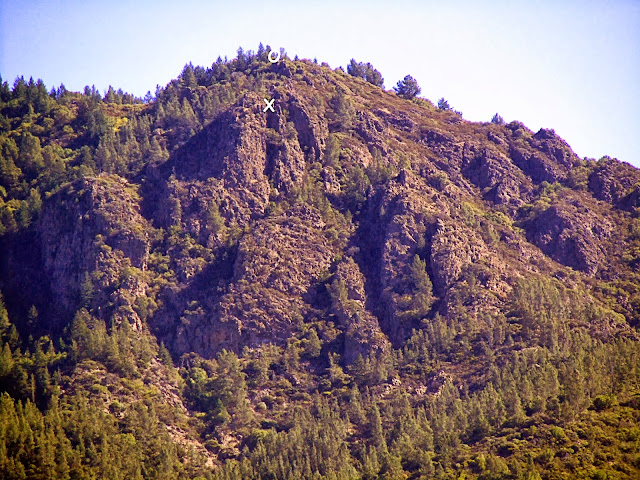 You live in a beautiful area - even if you're not quite sure where it is! When I led hikes for a firm who specialised in this kind of holiday they had to introduce a rule that leaders had to retire when they reached 75; so many of them just didn't know when to quit. It was a pity for a few who still had a good set of legs (and lungs) even at that age.

Real great views. What more can I say but it keeps you for sure in shape.

Such nice views and you made a lot of efforts to make those beautiful pictures. I get a good impression where you live an I am still stunned about the great nature you have around.

Spectacular views John and I know your pleased you took his advice to see it... would have been a shame not to.

Fear not John, I'm quite sure you'd be striding past me as I had a wee rest and I'm...well, not 73.
Great view, exactly the same whether you leap up there like a mountain goat or struggle, rests aplenty. And just in time for the vulture.

just makes me laugh. you go hiking to view things, then complain about having to hike to do it. go mr. superhiker!

Lovely shot of the turkey vulture, whenever I try to get one it never comes out. Getting it through that "window" was very effective.