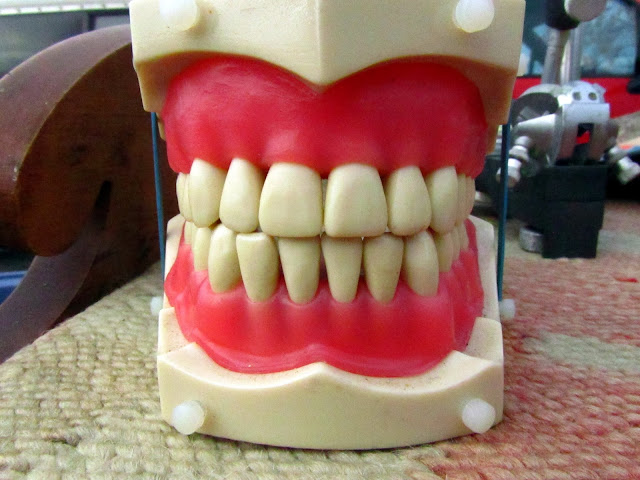 So you many recall last's post about the German radio.  You can see that post here.  Yesterday at the flea market the guy was there without his radio.  I said "Where's the radio?" thinking someone bought it knowing he really didn't want to sell it.  He was all to eager to tell me the story.  He had some welding equipment there last week and a gentleman was really interested in it.  He also mentioned that he too had a radio just like the one that was playing.  Radio guy said he would be interested in it if he ever wanted to sell it.  The gentleman left long enough to think about it.  He came back and offered radio guy a deal for the welding equipment - $130 plus the radio.  Radio guy said okay and drove down to his home after the end of last week's market to deliver the welding equipment and pick up the radio.  He told me the radio was exactly the same, same year model and all.  The condition was nearly equal.  There is a slight hum to the sound which he'll track down and fix and it had been sitting in a place where the sun beat down on one side of it so the finish is a bit bleached out on that end.  He plans to refinish the unit to match.  "So now I have two of them.  I would never have thought at the end of the day I would be owning a second one of those radios."  He then told me he had originally paid only $60 for the welding equipment.  This time I asked his price on those bookcases which he had with him at the meet yesterday - $600 each.
I'm glad I have no room. 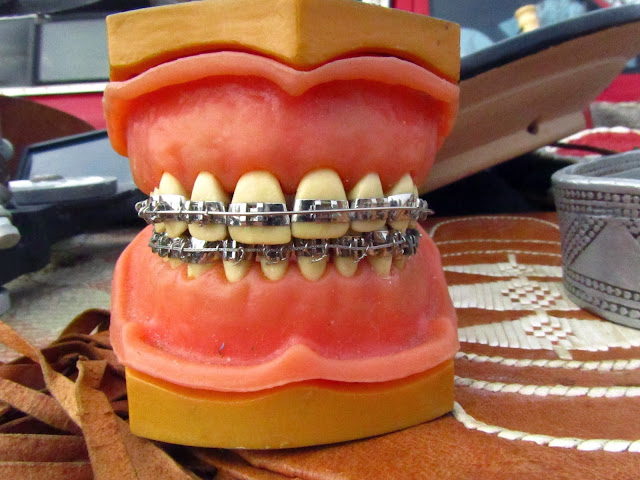 The radio was much more exciting than this toothy grin John - I can't say I like either of them. Sounds like the stall-owner strikes a good deal every now and then

I wonder what happened with the people these products were meant for.

Oh my God what did you find now! Who wants to buy this? Trying it out in the open air perhaps?

Sounds like the fleas market guy does indeed know how to make a deal. BUT....why the teeth? Seems a bit more than a tad bizarre. ;))

I like those bookcases, but I would be hard pressed to pay $600 for both of them.

$600/bookcase is a bit much. I once got a pair of shelves from a former coworker, the price of which I never bothered to check. Early this year, I did check the price for a brace for the shelf - $30. Apparently, they are from the Container Store; some high end shelves.

The radio story is so interesting. My dad built his own transistor radios. We had several of those and the fantastic rube radio by either HMV or Phillips.

PS. The teeth are a nice photo representation of the smiley :)

That gave me a chuckle.