This is Ledson Marsh.  On this day I thought I would hike around the entire marsh.  There is a trail around 3/4's of it.  The other one quarter I was really looking forward to. 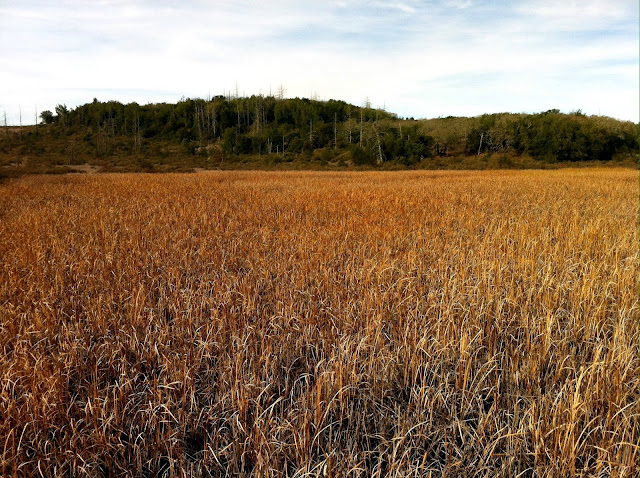 Part way around I saw the marsh was all dried up.  I shouldn't have been surprised considering the extreme drought-like conditions California is in.  But hey, I'll make the most of it and explore what is usually unexplorable. 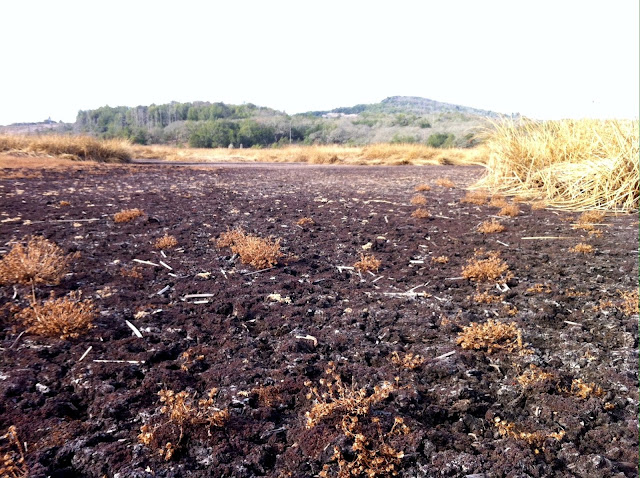 I came to the portion where the water runs through it and was concerned about sinking into deep mud.  I was surprised to find it solid.  Just beneath the surface the water was frozen solid.  This was like being on the tundra of Canada and Alaska I thought. 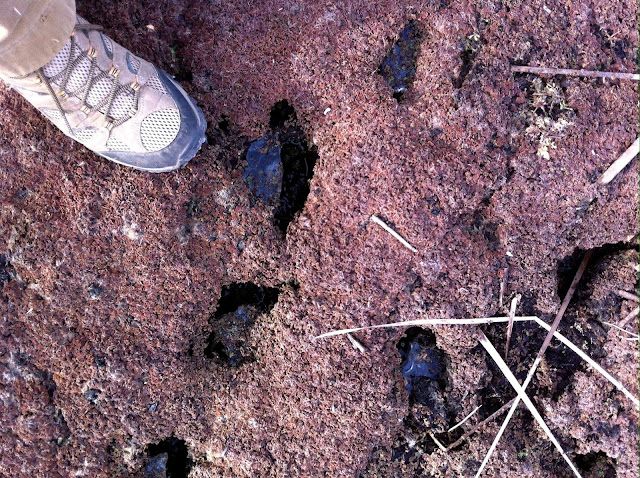 Not all the water was frozen, 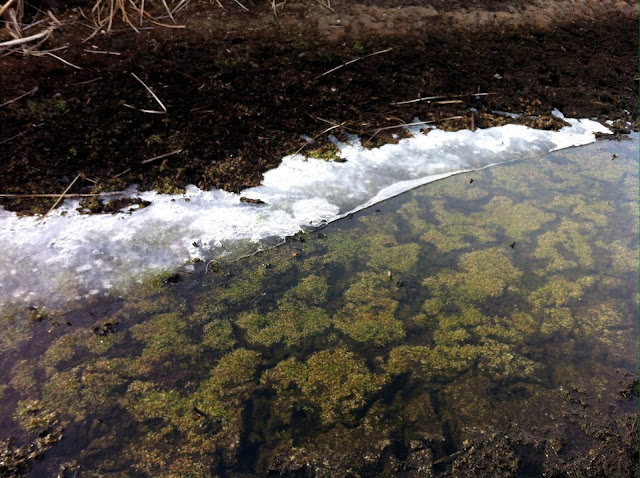 just along the edge, 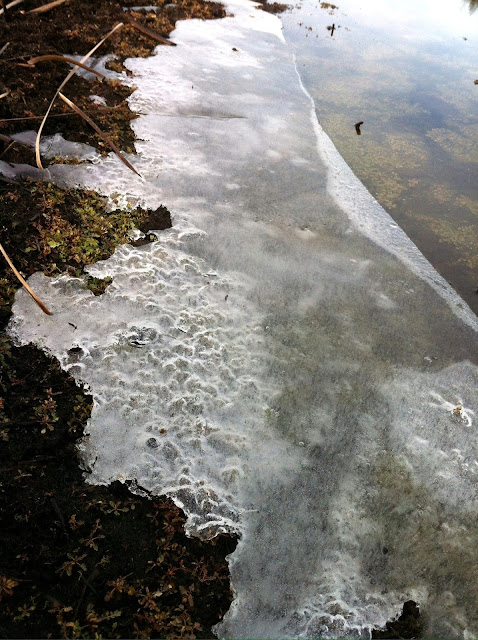 which created an interesting effect. Incidentally it was a very pleasant warm day so I do not understand how this can remain frozen. 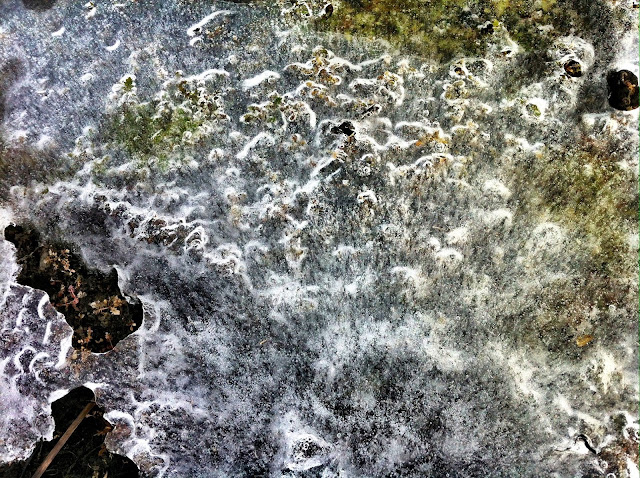 Eventually I had to follow some animal paths through the reeds and cattails in trying to get to the unexplored quarter I was seeking.  Here I was thinking of Humphrey Bogart and Katherine Hepburn in the movie The African Queen. 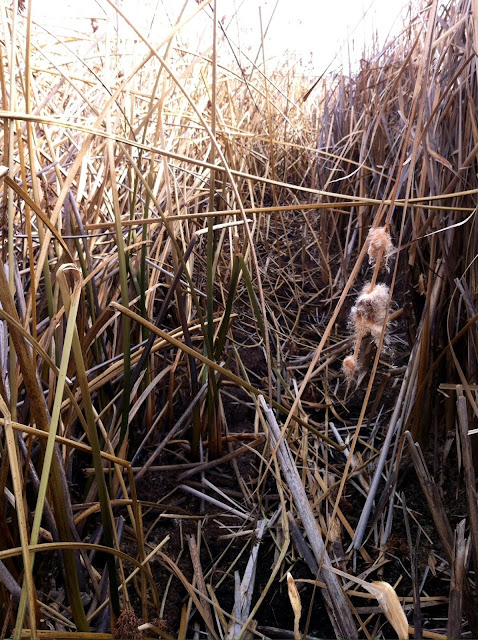 I couldn't get through to the other side and dejectedly had to turn back.  Now which way did I come?  Well these guys helped guide me back to the trail side of the marsh.  Once on the trail I noticed my pants just covered with little stickers.  I don't know what I got into but it looked like a miniature porcupine had got me.  I spent about 15 minutes pulling stickers from my pants and socks. 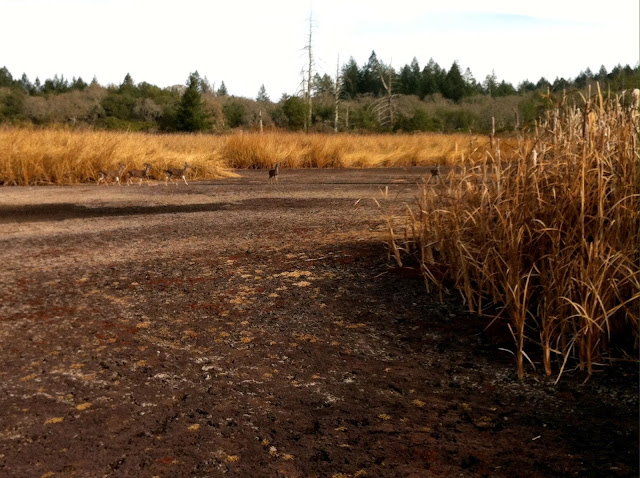 Next time I will attack the unexplored quarter from a different approach.